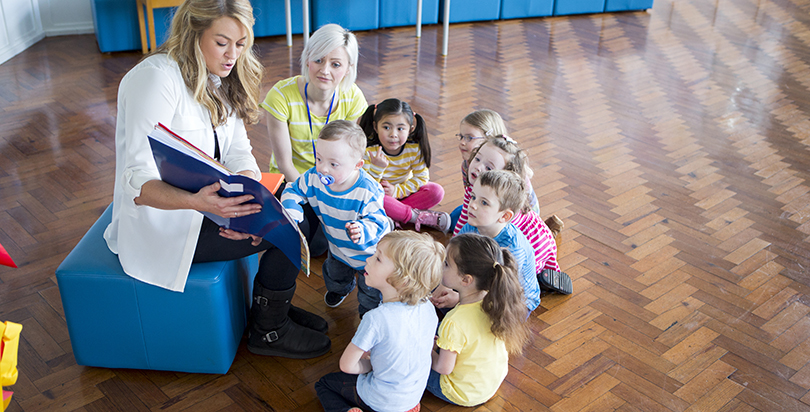 New York City
A state appellate court ruled in favor of Success Academy in a high-profile, two-year-long conflict with New York City officials over whether the biggest charter network in the city can run a pre-kindergarten program free from conditions set out in a city contract.
A panel of judges from New York state’s Appellate Division ruled Thursday that the charter network was following the law when it to refused to sign a contract with the city in order to operate a program for 4-year-olds as part of the city’s universal pre-K initiative — the centerpiece of Mayor Bill de Blasio’s education agenda when he took office in 2014.
It also said the city owes Success Academy $720,000 in pre-K tuition reimbursement that the city refused to pay because the network wouldn’t submit to the contract.
The mayor and schools chancellor Carmen Fariña rolled out the pre-K plan early in his term, initially opening 50,000 seats to students throughout the city. Among nearly 300 pre-K providers that joined in and agreed to sign the contract were 13 charter organizations, but Success CEO and founder Eva Moskowitz — who has battled de Blasio over securing public space for her growing roster of schools — refused to budge. She argued that the contract gave the city improper oversight over its operations, The New York Times reported.
“City Hall’s effort to impose red tape on our schools without authority shows that the de Blasio administration never really embraced the idea that charter schools are supposed to be independent of the district school system,” Moskowitz said in a statement Friday. “We call upon the administration to confirm that it will now comply with the law.”
If city officials plan to challenge the decision, they are keeping mum about it.
“We are disappointed with the decision and are reviewing our options,” city law department spokesman Nicholas Paolucci said in an email.
The city’s pre-K contract mandated, among other things, limits on the amount of time per day students may use digital devices (15 minutes) and the number of field trips that involve transportation during a school year (three), according to the ruling.
Ignoring the contract, Success opened pre-K programs in three schools in fall 2015, serving 72 students in the 2015–16 school year. The network then sought reimbursement from the city for the $720,000 cost, but the education department has withheld the payments, arguing the network can’t use city funds for pre-K unless it agrees to the conditions in the contract.
Success asked New York State Education Commissioner MaryEllen Elia to intervene, and when Elia sided with the city, in June 2016, the network challenged the decision in state Supreme Court. Thursday’s ruling was the result of the network’s appeal of the Supreme Court judgment that also found against Success Academy.
State Education Department officials were reviewing the decision, a spokeswoman said Friday, but declined to comment further on Elia’s next steps.
In its ruling, the appellate panel rejects Elia’s interpretation of education law, saying its own reading of the law distinguishes between city education officials’ right to “inspect” charters versus a right to “regulate” them.
City education officials may have authority to conduct inspections of the charter schools, the panel wrote, but the law “unambiguously provides charter entities with authority” when it comes to programing and operations of pre-K programs funded pursuant to the law. Judges also annulled the portion of the lower court’s earlier ruling that blocked funding reimbursement from the city to Success for the cost of the pre-K programs it ran without signing the contract.
The judges’ action in effect kicks the funding decision back to Elia, directing her to reconsider the charter network’s application for funding “in a manner not inconsistent with this decision.”
Meanwhile, Success intends to move forward with reopening its pre-K program, a spokesman said, but it’s too late to offer it for the coming school year, since the 2017–18 admissions lottery has already been run and decisions about classroom allocations and staffing have already been made.
Other city charter leaders and advocates, including the New York City Charter School Center, which signed a friend-of-the-court brief in the case supporting charter school autonomy, celebrated the ruling.
“This decision means children who enroll in public charter school pre-K programs can benefit from the kinds of innovative curricula that charters, freed from overbearing bureaucracy, can now implement,” Charter Center CEO James Merriman said. “As those innovations prove successful, we look forward to charter schools sharing them with their district and not-for-profit partners.”
Submit a Letter to the Editor
June 10, 2017