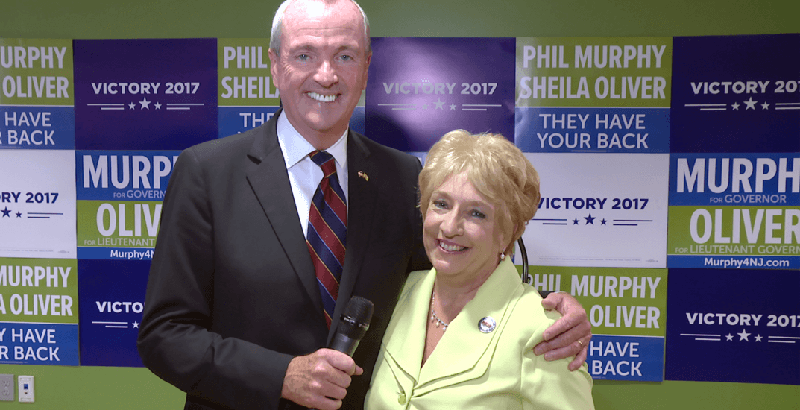 By any objective measure the New Jersey Education Association had a very good Election Day. Its chosen candidate, Democrat Phil Murphy, was elected governor. Murphy spoke to attendees at the union’s convention last Friday and soon after named NJEA president Marie Blistan to his transition team.

Twenty-four of the 32 state Senate candidates NJEA endorsed won their races, but one losing race may have attracted more attention than all the other contests combined.

The union endorsed Fran Grenier, a pro-Trump Republican, over Democrat and state Senate President Steve Sweeney. Sweeney is one of the most powerful politicians in New Jersey and an officer of the ironworkers union. But he often locked horns with NJEA over pension reform.

The union spent an estimated $5.3 million trying to defeat Sweeney, an astonishing amount considering his district is home to fewer than 54,000 voters. Despite its best efforts, Sweeney cruised to a 17-point victory.

Some members and quite a few Democratic legislators are angry that the union spent so much money that could have been put to better use in more competitive districts. But NJEA officers are having none of it. In a statement released after the election, they claimed Grenier’s “insurgent campaign electrified New Jersey politics and energized NJEA members.”

Both Blistan and NJEA executive director Ed Richardson have taken to op-ed pages to justify their actions, using the same theme.

“Fortunately, I answer only to the members who elected me to lead our union,” wrote Blistan in the Newark Star-Ledger.

“We are an extremely democratic, member-led advocacy organization,” wrote Richardson in the Cherry Hill Courier Post, adding that members “deserve a union that answers only to them, not to any pundit or politician…. So we don’t owe an explanation to anyone who isn’t an NJEA member.”

They are both correct: Union leaders do not answer to outsiders. Despite its enormous influence on state politics, NJEA is a private organization that can conduct its internal operations pretty much any way it wants. Whether NJEA is “extremely democratic,” “member-led,” or even answerable to the rank-and-file is a matter for debate, however.

To get a better read on how members actually felt about the campaign against Sweeney, Kelly Heyboer of NJ Advance Media went to the union’s convention. It’s not much of a leap to believe that teachers attending a union convention are more likely to be in touch with what the union is up to, rather than less. But here is what Heyboer found in a random, unscientific sampling of 100 NJEA attendees.

Twenty-eight thought it was a good idea for NJEA to spend the money to defeat Sweeney. Another 28 thought it was a waste of cash. But a sizable plurality of 44 members “didn’t hear anything about it or didn’t care how the NJEA spent its money.”

Carly Sitrin of NJ Spotlight also covered the convention. She didn’t take a poll, but her observations were similar. She reported that few NJEA members seemed aware of the battle with Sweeney and that most “expressed their disconnect or disinterest in dealing with politics.”

That might be a small sample size, but it is still significant. Blistan was elected president of NJEA in a statewide vote that drew — I am reliably informed — about a 10 percent turnout. When she says she is answerable only to the members who elected her, she’s referring to only a fraction of the membership.

NJEA is like most unions in that they are democratically run — but by, and for, those who are most active in the union. They don’t go out of their way to determine the views of members who are less engaged in union activities, and they certainly don’t seek out those who might oppose the union’s stances. The people who show up to conventions already support what the union is doing and its judgment in how it spends dues.

All these folks are members, but the most accurate way to describe them is as a small group of elected officers and representatives that made the decision leading to an outlay of more than $5 million on a quixotic campaign. It appears most members — even active ones — knew nothing or cared nothing about it.

NJEA’s officers feel comfortable saying they are answerable only to members because they know it’s not really true. No one will lose his or her job over the Sweeney debacle. There will be no reform, or even review, of the PAC endorsement process. Rank-and-file members will not get a greater say in union affairs because they don’t seem to want one.

Their lack of a bond to the union works nicely for those in charge, but it will be a double-edged sword if and when they no longer have to join, or pay. Maybe then NJEA officers will be answerable to members, but there will be a lot fewer of them.