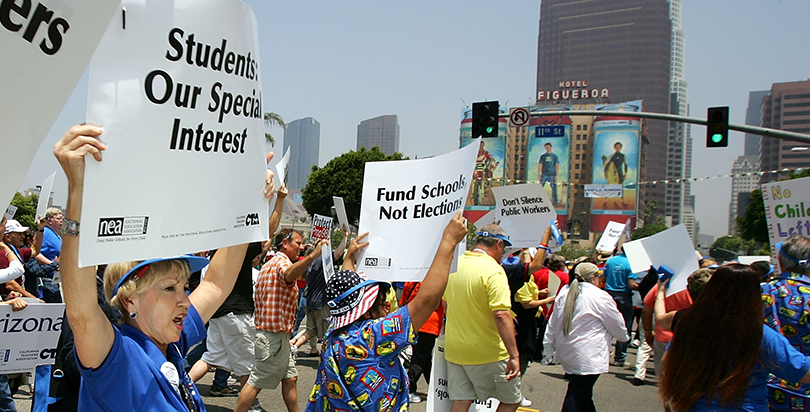 Delegates to the National Education Association Representative Assembly approved a new policy statement on charter schools last week. The new policy’s language is significantly more hostile to charters than the 2001 policy it supersedes.
The number of charter schools in the U.S. has more than tripled in the 16-year interim and spread to 44 states. It is natural to expect that NEA policy would adjust accordingly. But the new policy statement is simply a matter of NEA documents finally catching up to the union’s long-standing practices.
(The 74: Antonucci — After 19 Memorable Years, My Farewell to the Annual National Education Association Convention)
“Charter schools, currently being sold by some as the cure-all for an education system they think is sorely in need of repair, many turn out to be the biggest boondoggle since New Coke. We continue to believe that charter schools drain state resources and attempt to duplicate the efforts that are currently underway in many existing districts.”
That quote, with its time-stamped allusion to New Coke, is from Robert E. Astrup, president of NEA’s Minnesota affiliate in 1992. It was delivered after that state enacted the nation’s first charter school law. That is hardly different from the claim in the “new” policy that charters “undermine support and funding of local public schools.”
Aside from a brief flirtation with creating its own charter schools (that ended in utter failure), NEA has always opposed charters and wishes they would simply go away. Barring that, the union has always supported all sorts of restrictions and limits.
NEA sent millions to Massachusetts in 2016 to retain charter school caps and millions more to Washington state over many years in attempts to keep charters out. These and other efforts occurred long before the current policy was approved.
(The 74: Whitmire — Why Question 2 Lost in Massachusetts: The Better the Charter, the Bigger the Threat)
All you need to know about NEA’s position on charter schools is actually contained in the original 2001 policy, which states that charters should not exist “simply to provide a ‘choice’ for parents who may be dissatisfied with the education that their children are receiving in mainstream public schools.”
Mike Antonucci writes the weekly Union Report for The 74. See the full archive.
Submit a Letter to the Editor
July 9, 2017