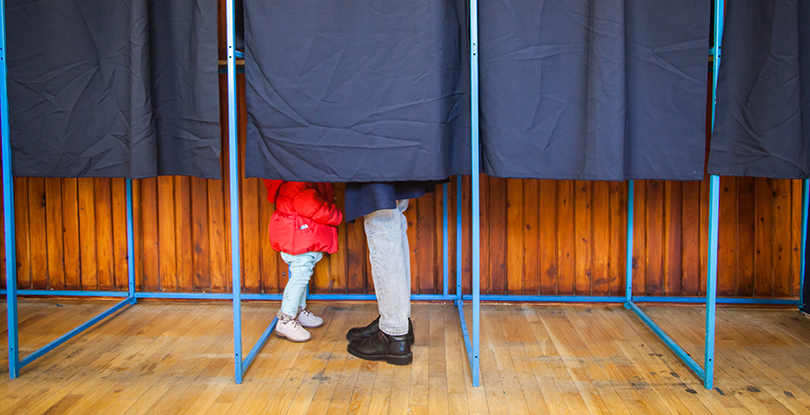 In two days, a small percentage of those who live within the boundaries of the Los Angeles Unified School District will go to the polls to vote on Measure EE, a parcel tax designed to raise an estimated $500 million annually for the city’s schools.

How will the money be spent? The printed ballot argument submitted by L.A. Mayor Eric Garcetti and other supporters tells us:

“Teachers and school district leaders agree that Measure EE will lower class sizes and provide needed resources for local schools, and pay salaries to retain and attract quality teachers and student support staff. … Measure EE is desperately needed to get our LOCAL schools the resources they need to educate our students, an investment which will help bring many more students up to grade level in math and reading.”

This falls in line with the claims of United Teachers Los Angeles about its new collective bargaining agreement reached after a six-day strike in January. “This is a historic victory for educators, students and parents,” UTLA’s statement read. “Class-size reduction, limits on testing, access to nurses, counselors and librarians will change our students’ lives forever.”

Wonderful idea. But I’m saddled with a long (?) memory, and it seems to me I’ve heard this song before, all the way back to the salad days of 2016, when Proposition 55 was on the ballot.

Proposition 55 was merely an extension of the income tax increase created by Proposition 30 in 2012. It was producing more than $600 million a year for L.A. Unified, but the district’s deficit projections continued to grow anyway.

Of course, Proposition 30 was supposed to be a temporary measure for a state trying to maintain stable funding while coming out of a deep recession. “It is no small thing that voters in our state voted to tax themselves in the midst of the worst budget crisis since the Great Depression,” said then-L.A. Unified school board member Steve Zimmer.

Before the election, Proposition 30 funding was supposed to avert budget cuts. After the election, the L.A. school board immediately restored days to the school calendar. LA School Report asked board president Mónica García why.

“It was a leadership decision,” she said. “We had talked with labor, we were going to revisit should [Prop. 30] pass, there was a piece of money to restore some furlough days — five days to kids, 10 days to adults. It’s a calculated risk. And we were willing to take it. It’s not about bringing others back. But it was about making the people who are here whole, in a sense.”

I could continue in this vein, but let’s skip the interim measures, such as the statewide class size reduction legislation of 1996, and go all the way back to 1988, with the passage of Proposition 98.

Proposition 98 essentially guaranteed public education about 40 percent of the state budget. It passed by a slim margin. Then-CTA Vice President Ron McPeck reminisced about the union’s campaign in the March 1990 issue of CTA Action.

Bill Honig, the state superintendent of public instruction at the time, admitted that the initiative had high costs but promised, “We will give California a first-rate school system. That’s a pretty good bargain.”

A month after the initiative passed, state Sen. Gary Hart introduced a bill that would have earmarked half the Proposition 98 money to class size reduction. His bill was defeated by heavy CTA opposition.

“The number one concern of teachers is lowering class size,” CTA President Ed Foglia said. “But having a mandate so restrictive doesn’t help the chances of coming to the best possible solution.”

As it still does today, most of the money went into general funding for school district operations, where the lion’s share goes to employee salaries and benefits.

If the past 31 years of funding measures haven’t reduced this perceived underfunding, and if Measure EE doesn’t do it either, fear not. The proponents of the Schools and Communities First initiative already have you covered. The measure, which would raise commercial property taxes, is scheduled for the November 2020 ballot.

“The crisis in school funding in Los Angeles is due to the impact of 40 years of disinvestment brought on by Prop. 13,” said campaign spokesperson Veronica Carrizales. “In 2020, we have the opportunity to fund better wages for teachers, librarians, counselors, school infrastructure, smaller class sizes and mental health services by closing the commercial property tax loophole in Prop. 13, creating a new legacy of investment in our students and our communities.”

After all this, you might be wondering how California has been doing with school funding. Proposition 98 funding from the state hit a post-recession low of $47.3 billion in 2011-12. It has grown substantially every year since then, to the point that Gov. Gavin Newsom’s May budget revision includes $81.1 billion in Proposition 98 guarantees.

A 71 percent increase over nine years is not too shabby in a state with falling student enrollment.

If we have learned anything in the past 31 years, it is that the “crisis in school funding” is an eternal one — and completely unaffected by how much money we spend.