Analysis: Why Are All the Stories About Boys Falling Behind Girls at School Ignoring the Forces Keeping Them There? 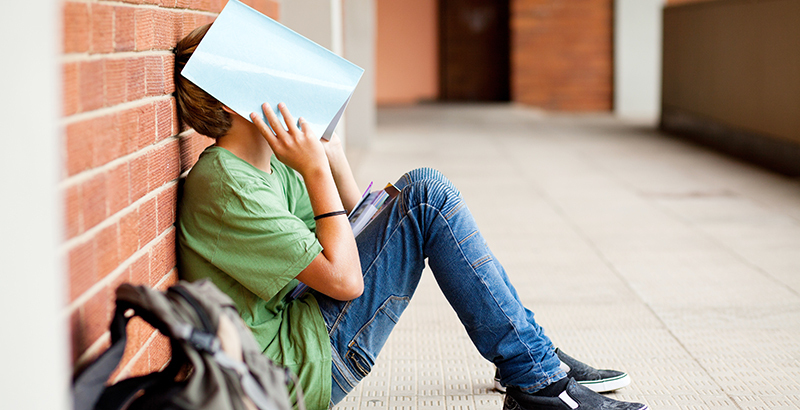 A recent flurry of articles on boys falling behind in school do a great job laying out the facts — but fall short when it comes to asking the right questions.

Take the recent Atlantic piece as an example. Great facts, all accurate: As of 2015, 72.5 percent of females who recently graduated from high school were enrolled in college, versus 65.8 percent of men (compared to 1967, when 57 percent of the males and 47.2 percent of the females were in college).

This is important stuff. Today, at a time when college has become the new high school as many employers demand college degrees for jobs that don’t truly need those skills, there are 2.2 million more women than men in college.

Startling, right? But here’s the thing. All these articles, with roughly the same statistics, could have been written a decade ago, at the time I published Why Boys Fail. You see, nothing much has changed about the plight of boys. No improvements.

So, the relevant, but unasked, question in all these articles about boys: Why has nothing changed?

To someone new to this issue, that probably sounds like a really difficult question to answer. Surely, a multitude of intricate social maladies make this dilemma insolvable.

Nothing changes for a very simple reason. None of the relevant players want to take any action, the very reason I pretty much gave up hope on this issue and rarely write about it anymore.

Weird, right? Half our children are boys. Who’s against doing something to make them more successful in K-12 schools, more likely to earn college degrees that today are needed for scores of jobs that a couple of decades ago didn’t require them?

Lots of people, actually, all of them involved with our schools.

Let’s start with the elementary school teachers, nearly all them female and annoyed as hell by all the boys in their classrooms who aggressively wave their arms in the air when a question is asked. They continually ask: Shouldn’t we be doing more to encourage the shyer girls who seem intimidated?

Actually, their focus would be better placed on the fact that too many of those boys have no clue what the right answer is. They’re just fidgety and want to wave their arms around.

What about the principals? Aren’t they held accountable for student performance? Roughly, yes, but only along racial and socioeconomic guidelines. Gender gaps were never part of any accountability regime.

Then we move on to the major players in how schools are staffed and run, the teachers unions: the American Federation of Teachers and the National Education Association. These are groups dedicated to repelling all efforts to hold them responsible for the ills of society.

Boys, they insist, lag behind only because boys are more affected by poverty than their sisters. Solve poverty, and you’ll solve this problem, they insist. This has nothing to do with how boys are taught!

On the surface, their argument seems to have merit. The gender gaps truly are greater for poor, minority boys. But you can find these gaps at all levels, even among boys at pricey private schools where girls have to achieve at far higher levels to land spots in selective colleges. And boys from white, blue-collar families suffer from serious gender gaps, as I discovered in Maine during the book research.

Surely, parents demand explanations for why their sons lag behind their daughters, right? Surprisingly not. Parents are told by educators that boys are just slow starters. Be patient, they counsel, he’ll catch up. So dads keep tossing footballs with their sons and reading to their daughters, clueless about the brutal reality that a lot of sons never catch up.

When it comes to college, middle-class and upper-middle-class parents with underperforming sons get a break that helps disguise these gaps. Many colleges, desperate to recruit more men, are more than willing to admit less-qualified males. The takeaway for parents: If you’ve got the tuition money, you’ll find a spot for your son somewhere.

Now we move on to the American Association of University Women, which is closely allied to the teachers unions. The AAUW demands that schools hew tightly to the long-running campaigns to boost the number of girls taking math and science courses and going into STEM careers (a problem that’s been pretty much resolved at the high school level and seeing progress at the college level). The AAUW sees this as a zero-sum game: shifting the focus to boys means less attention for girls.

There’s nothing wrong with focusing on girls and STEM; those campaigns worked. But why can’t K-12 schools simultaneously focus on what’s holding back boys, their lagging literacy skills in the early grades?

My conclusion from researching Why Boys Fail: Boys got caught up in the riptide created by the well-intended reforms to boost college readiness, which led to ramped-up literacy skills in the early grades, a time when they are less developmentally equipped to absorb those skills.

Boys see girls ace school, especially reading and writing, and conclude that school is for girls. It’s not an illogical conclusion, but all too often it means game over for boys, as the literacy skills demanded, even in math and science classes, only accelerate in the later grades.

What should happen — an all-out push to remedy those deficits, as continues to happen with girls in science and math — doesn’t seem likely to occur, for all the reasons listed above. Teachers, administrators, the teachers unions, the AAUW … they all prefer the status quo.

And that’s why nothing has improved with boys. Nobody really wants it to happen.

Education writer Richard Whitmire is the author of five books about education, including Why Boys Fail.