Analysis: What the Media Have Gotten Wrong About Betsy DeVos and Detroit’s Schools 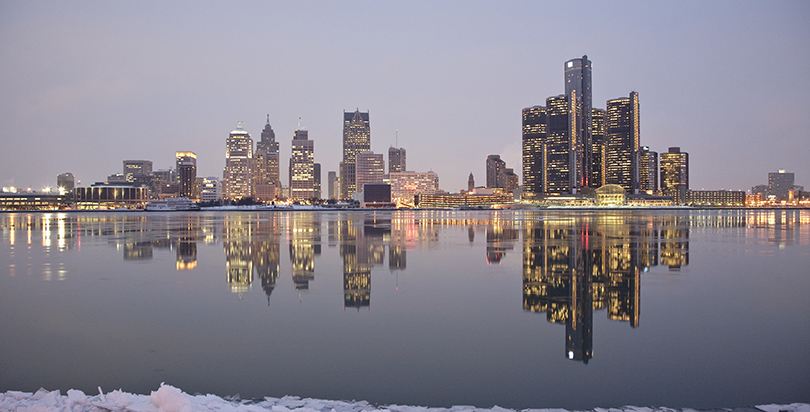 The Times has run two recent pieces blaming Trump’s secretary of education nominee for the sorry state of Detroit’s schools. The first, a column by Tulane professor Doug Harris, said that she’s “responsible for … the biggest school reform disaster in the country.” The second, an article by Kate Zernike, described how DeVos “bent Detroit to her will” by helping to scuttle one component of a comprehensive reform package passed this year by the Michigan legislature.

While it’s odd to blame a private citizen for the state of Detroit’s schools, it’s reasonable to review DeVos’s record as an education advocate to assess her beliefs. And thanks to Harris, Zernike and others, a misguided consensus is forming around the idea that she’s a school-choice ideologue who’s opposed to commonsense school accountability.

It’s a baffling conclusion. The best evidence regarding DeVos’s convictions can be found in the work of the organizations she supports, and those organizations’ support of what’s sometimes called the charter accountability agenda.

That agenda has three pillars:

3. standards for charter authorizers to ensure their incentives are aligned to encourage quality schools.

The DeVos-backed Great Lakes Education Project fought for all three (and argued that district schools should be equally accountable) during the debate over the $617 million rescue package for Detroit Public Schools.

It fought against a proposed Detroit Education Commission that would put life-or-death power to open, close and locate charter schools in the hands of a politician: All seven members of the proposed commission were to be appointed by the mayor of Detroit. Although some charter advocates see Detroit Mayor Mike Duggan as a friend, there was fair reason to doubt that he (or a future mayor) would administer the commission with an even hand.

That’s because in November 2014 Duggan approved a ban on selling any of the district’s 77 vacant school properties to charter operators if they were within one mile of an open DPS school — even though many of these properties were located in so-called educational deserts. Somehow reporters and researchers fault Detroit’s charters for not locating in underserved areas while also reprimanding charter advocates for being reluctant to empower a mayor who had prevented them from doing so.

Even if Detroit’s mayor tried to govern fairly, the DEC’s incentives stacked the deck against charter schools. Its success would be judged, in five years, on whether it fostered a “stabilization of or increase in” the district’s enrollment. Since the commission wasn’t granted the means to create a demographic boom, the only way to achieve its mission would be to claw back enrollment from Detroit’s charter schools.

In the end, the reform package went through, just without the DEC. An A-to-F accountability system will still be launched to inform parents, but it will be administered by the state’s School Reform Office rather than the DEC. Charter schools that rank in the bottom 5 percent of all schools for three straight years will be subject to automatic state closure.

Furthermore, charter authorizers will need to earn accreditation by proving they can give meaningful oversight before they’ll be permitted to open a charter school in Detroit. Failed charters may no longer shop for a new authorizer, and they won’t be given a second chance without substantially changing their leadership and curriculum. Finally, a consultative version of the DEC, the Citizens Advisory Board, was created to coordinate efforts to improve the efficiency and transparency of Detroit’s charter schools and to help give parents the information they need to better access, understand and judge their options.

That’s just about the entirety of the accountability agenda. Yet it hasn’t stopped researchers and reporters from calling Detroit the “Wild West” of charter schooling and comparing it unfavorably to New Orleans, which, they say, gets charter regulation and state oversight “right.” Generally, it’s facile to compare Detroit to New Orleans, where an act of God literally washed away the traditional governance structure and cleared the way for America’s only all-charter district. Still, it is worth taking a moment to reflect on the DEC-like bill passed by the Louisiana legislature earlier this year.

The proposal to give the notoriously corrupt New Orleans school board more authority over charter schools stirred a sharp debate among school-choice advocates. Some lamented that it was game over for charter autonomy and innovation. Others lauded it as a long overdue and well-crafted law that properly balanced charter autonomy and democratic oversight.

Both sides were on to something. The law’s architects went to great lengths to establish safeguards against political interests gaining the upper hand. Yet if the teachers unions manage to elect a sympathetic supermajority, they could appoint an anti-charter superintendent with sweeping authority. Is that risk a price well worth paying for the cause of elected oversight? Is giving elected representatives control over charter schools even a worthy cause, given that parents already get to vote with their feet and even well-intentioned politicians aren’t always exactly wise?

All in all, a fair review of the record suggests that DeVos stands in the middle of the school accountability mainstream, supporting A-to-F grades, closing poor performers by default and raising authorizer standards. On the more contentious question of whether the task of judging schools should fall more to parents or politicians, she sides more with the parents.

Now, maybe that’s enough to make some education researchers and reporters consider her an extremist. But we suspect most Americans would see it as a mark of good sense.

Max Eden is a senior fellow at the Manhattan Institute.