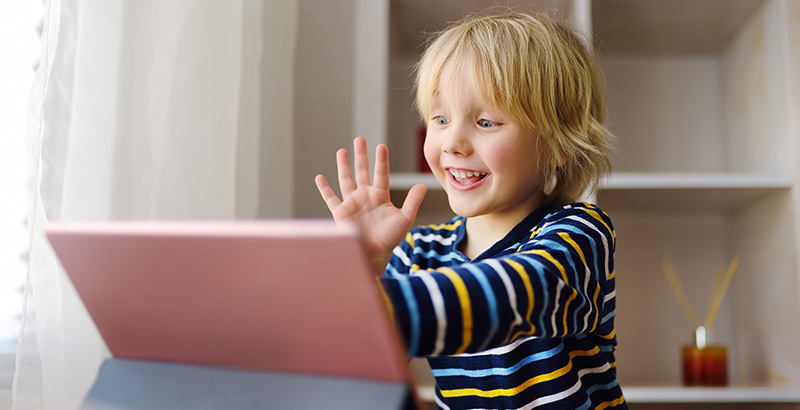 By now, parents are probably resigned to the fact that their kids are using their phones and other devices more than ever. Especially during this pandemic, apps have served as not only kids’ main method of schooling, but also of socializing. While parents may be familiar with the most popular ones, new platforms are released all the time, and we’ve seen some common dangers among them, from sexting and cyberbullying to predators and scams.

At Bark, a tech company that helps protect more than 5 million kids online and in more than 2,300 schools nationwide, we’ve been monitoring more than 30 social media apps and platforms, in addition to allowing families to set screen time limits on their kids’ devices. Since quarantine began, we’ve also analyzed millions of messages from these platforms to provide research and stats on teenage behavior online.

Here are some of the top apps trending this summer, with links for additional information about safety concerns.

Popular among teenage girls, the Squad app (fittingly named after groups of friends called squads) is similar to Zoom but allows only nine people in a room to hang out and watch videos together. Security measures aren’t super tight on Squad; some users have reported the app taking kids’ personal information and using it for marketing purposes. Since users can search for random names on the app, they can easily invite strangers to join their broadcasts. Some users have even reported being exposed to sexual content from strangers.

Short for “quick byte,” Quibi is a live streaming app developed for people 17 and older. This means inappropriate and disturbing content is easy to access, and kids can easily get an account by putting in a fake birthday.

This is a video-based messaging app with a similar feel to a walkie-talkie. Predators can create fake accounts and try to reach out. As with any new app, it’s important that parents talk to their kids about who they’ll be messaging at all times, and kids should know not to disclose any personal information online.

This app’s purpose is to connect its users with strangers. Kids who enter this space can easily be subjected to online predation and grooming. While technically you’re supposed to be 13 to create an account, it’s easy to circumvent this by putting in a fake birthday. High levels of supervision are recommended.

Think of this as a lower-res and shorter version of TikTok. You won’t find super-creative dance moves or songs here, but people can get pretty crude in a short amount of time. Inappropriate images and sexual innuendo abound. Online predators have been known to reach out to kids on this app, so have the conversation about how to stay safe online.

Hoop is sort like Tinder for teens, with a touch of Snapchat. This app allows kids as young as 12 to form connections with strangers by swiping through profiles with pics. With no age verification required, kids can just create an account by choosing their own birth year. Hoop uses a lot of marketing gimmicks (such as earning points for logging in daily) in addition to doing tie-ins with Snapchat as a way to bring in more users. Definitely a “high alert” app for parents.

Nicknamed the “quarantine app” due to its immense popularity (and more than 10 million downloads during COVID-19 alone), Houseparty invites users to video chat and has extra bells and whistles, like games to download while livestreaming. But just as kids should do if they’re alone inside their own home, they should “lock” their online doors so uninvited guests don’t find their way in. It’s also recommended that users opt out of location access for added security.

Self-anointed as “The Anti-Facebook,” MeWe prides itself on letting members know that they control their own data, newsfeeds and privacy on the platform, with no ads. Although security measures are in place, it’s still important to remind kids that a digital footprint doesn’t disappear and posts are evergreen. Additionally, there is a trend toward posting extremist messaging on MeWe as groups are kicked off of Facebook for violating its policies. This can result in severe language and messaging, something parents should keep in mind when talking about online safety with their children.

Launched by Facebook specifically for younger children, this is a relatively safe app. Parents should still watch out for cyberbullying and be aware that the video feature in Messenger Kids doesn’t allow recording, so if something of concern does happen on video, parents won’t be able to replay it.