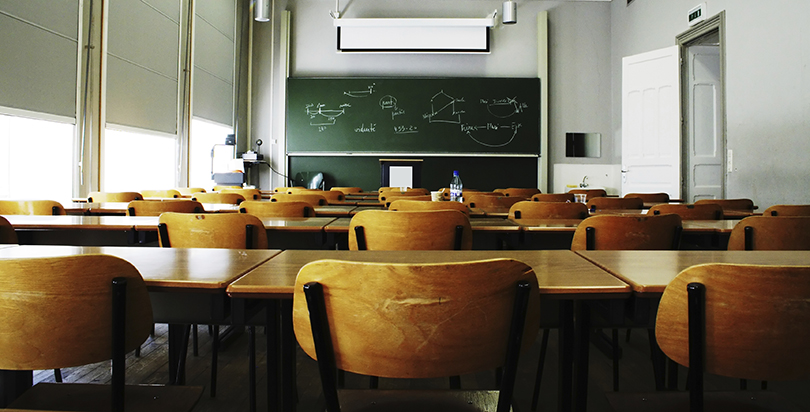 Mike Antonucci's Union Report appears Wednesdays; see the full archive.
The Learning Policy Institute released a report on teacher shortages last month, co-authored by Linda Darling-Hammond, that warned of a serious shortfall if current trends continued. At a forum accompanying the release, many heavy hitters in education policy agreed that something must be done.
Critics of the report — myself included — found fault with the report’s methodology and alarmist tone. LPI responded to these criticisms in a September 29 blog post.
Before I address LPI’s elaborations, I want to highlight where I agree with LPI regarding the current labor market for teachers:
In other words, there’s plenty of agreement, although alarmist warnings and the hiring policies they activate tend to overshadow the field.
These areas of agreement share one characteristic: They speak to the need to differentiate types of teachers.
A teacher surplus in elementary education is not a small issue when you consider that somewhere between one third and one half of all public school teachers work in those grades. If you aren’t specific in identifying shortage areas and providing incentives to fill those areas, the result may be an unneeded increase in elementary school teacher candidates who cannot find jobs.
There continue to be other important differences between my reading of the teacher labor market and that of the authors of the LPI report.
There is a word missing that appears in every dictionary definition of shortage I could find: need.
As I noted previously, the authors mention “demand” and “ideal demand” as if they were the same thing. Demand refers to hiring enough teachers to replace those who were lost, adjusted for changes in enrollment and composition of the student body. Ideal demand refers to hiring enough teachers to meet an arbitrary pupil-teacher ratio, or to using available funds to hire as many as teachers as possible, irrespective of sustainability.
An illustration may help explain, especially since it reflects what has been happening for decades.
If a district needs 100 teachers and only 80 qualified candidates apply, it has a shortage. The response might be to hire all 80 and an additional 20 unqualified candidates because the vacancies need to be filled somehow.
But what if a district needs 100 teachers, has only 80 qualified candidates and hires 40 additional unqualified candidates? The Los Angeles Unified School District could hire the city’s entire adult population as teachers and still have a teacher shortage given ideal demand.
Yet these warm bodies of the 1980s and 1990s are today’s most veteran teachers and recent retirees.
If we grant that the authors are correct in describing the 1980s as a time of dangerously lowered standards to fill slots, surely Californians would have been warned by Darling-Hammond and others of a possible recurrence when the state undertook its class size reduction program in 1996.
That didn’t happen.
To the contrary, Darling-Hammond advocated for class size reduction, telling The New York Times that “decreases in class size to about 22 and below do consistently result in gains in achievement.” California’s class size reduction bill passed both houses of the legislature unanimously. The California Teachers Association called it one of its signature achievements, enacted after a “massive media and lobby campaign.”
The union did not appear to be concerned about a teacher shortage or lower-quality candidates at that time. In fact, CTA wanted the 20-student maximum extended to all grades K-12.
If there is evidence that anyone involved in public education thought this was a bad idea before it passed,  I don’t remember it and haven’t been able to find it.
Nearly 8,000 permits is a lot as a raw number, but not a lot in context. California has more than 1,000 school districts and more than 10,000 public schools. A report on the 2014–15 teacher supply by the California Commission on Teacher Credentialing states that 97.6 percent of the state’s teachers are fully credentialed, with most of the rest on temporary certification while they work toward a full credential.
Just this week, an EdSource survey reported that “most of California’s 25 largest school districts were able to fill nearly all their job openings for fully credentialed teachers by the time school started this year.”
That alone should counsel caution, not only about the current status of the teacher labor market, but certainly also about predicting the future. The LPI authors admit as much:
We also noted that we expect the labor market to respond to these current indicators of shortages, with more new people entering in response to reports of available jobs. Thus, projections only reflect what might happen if conditions do not change, even as we know they will.
To me, this sounds suspiciously like “We will have teacher shortages, unless we don’t.”
This would all be an academic exercise if we didn’t know that legislators and school boards will make far-reaching decisions based on this uncertainty — and that there is no shortage of interest groups who will materially benefit from those decisions.
Submit a Letter to the Editor
October 4, 2016