Analysis: Facing Threats, Can Public-Sector Unions Learn From the Demise of Industrial Workers? 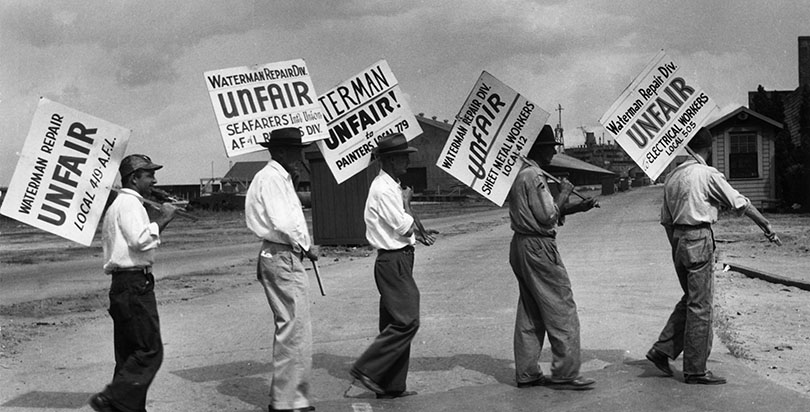 The Bureau of Labor Statistics released its annual report on union membership, and once again the news was dismal for the labor movement.

The percentage of American workers who belonged to a union in 2016 dropped to 10.7 percent, down from 11.1 percent in 2015. And the gradual, almost entirely uninterrupted decline in the unionization rate actually understates how far unions have fallen.

Since 1979, the U.S. economy has added almost 49 million salaried workers, while the number of union members has fallen by 6.4 million. During that period of time, the composition of the labor movement has shifted; beginning in the 1970s, unions became less the voice of autoworkers, miners, longshoremen and construction workers, and more the voice of government employees.

We were fast approaching a society in which the only appreciable number of union members would exist in the public sector. America had become an almost entirely non-union economy regulated by a highly unionized political bureaucracy — essentially the opposite of the situation in the 1950s, before government workers were able to unionize.

But that trend has been arrested and partially reversed — not because the private-sector unions have rebounded, but because public-sector unions are now also losing members.

After reaching a high of 7.9 million members in 2009, public union membership has fallen to 7.1 million.

After 1983, the unionization rate of local government employees remained steady, between 41 percent and 45 percent, by far the highest rate of any occupation in the U.S. economy. But the 2016 figures show the share has fallen to 40.3 percent. There are currently 4,050,000 local-government union members, which means that almost 28 percent of all union members are police officers, firefighters, public school teachers, school support employees or other municipal workers.

But when states such as Wisconsin and Michigan instituted laws that restricted collective bargaining and eliminated agency fees (what workers in an industry must pay for union services, like collective bargaining, even if they choose not to be union members), they cut the cord between government hiring and virtually automatic union membership, the primary means by which labor unions grew.

Now, as more states seek to follow the Wisconsin example, unions must either learn to operate in a world where they work to recruit and retain every member or instead continue to rely on political fixes and influence-shaping, but with a reduced capacity to do so.

I have seen little evidence that unions are capable of altering their traditional way of operating after so many years, but it is possible that a new generation could create labor organizations suited to the new environment and the preferences of today’s workers. If this happens, it will appear in the private sector first. Governments were the last segment of American society to unionize, and they will be the last to discard a failing mode.