Analysis: The ‘One Percent’ Leaders of America’s Top Teachers Unions, All Making More Than $300,000 a Year 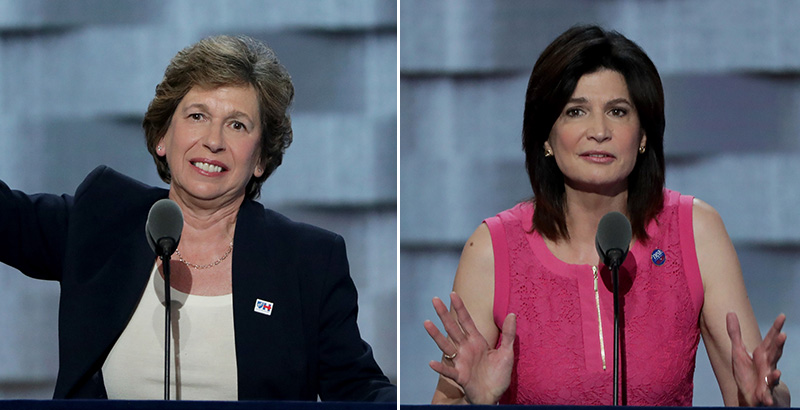 “It’s not fair that we have to live paycheck to paycheck.” – Randi Weingarten, American Federation of Teachers president, annual salary $472,197

Income inequality is a contentious policy issue, and labor unions are at the forefront of the debate, professing themselves champions of the working class against the predations of the one-percenters.

But doing good also helps the top officers of those unions to do very well — so much so that they themselves have entered into the realm of the ultra-wealthy.

The financial analysts at DQYDJ.com specialize in examining personal income and net worth. Using data from the U.S. Census Bureau, they determined that for an individual to reside in the top 1% of pre-tax income, he or she needed to have earned $300,800 in 2016.

I reviewed 2016 salary information in U.S. Department of Labor financial disclosure reports for both the National Education Association and the American Federation of Teachers, taking care to include only gross wages and taxable allowances in my computations.

I was also able to comprehensively examine the wages of NEA’s workforce as a whole, because the union noted which of its employees were temps, and not full-time workers.

Along with Eskelsen García and Stocks, another 18 NEA employees belong to the top 2 percent of U.S. wage earners. An additional 104 fall into the top 5 percent.

While NEA’s cash compensation is generous, its pension and benefit package is even more so.

Of course there are people whose annual incomes dwarf those of teachers union officers, and some of them advocate education policies contrary to those of NEA and AFT. But the unions have fallen prey to the all-too-common definition of the rich as “anyone who makes more money than I do.”