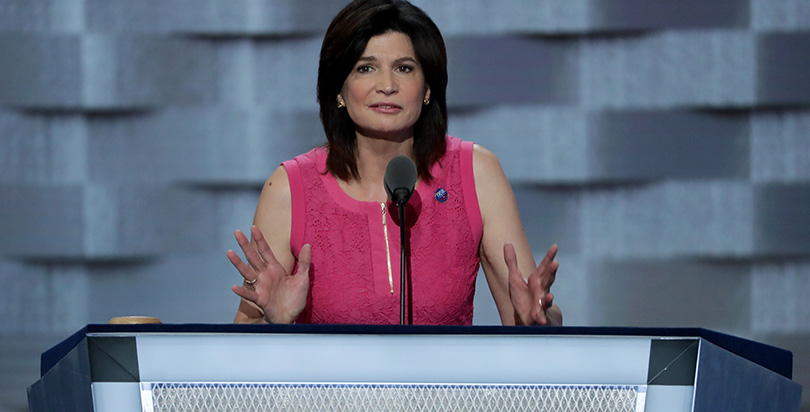 The National Education Association and its state affiliates earn revenues of about $1.6 billion annually, almost all of which comes out of the paychecks of public school teachers and school support workers.

That’s a lot of money, but just four offices — NEA national headquarters and affiliates in California, New Jersey, and New York — account for 53 percent of the total. The financial health of other affiliates varies considerably depending on their state’s size, collective bargaining laws, the size of competing teacher organizations, and the affiliate’s competence in managing its finances.

Kentucky and Missouri passed right-to-work in January, while Iowa last week enacted severe restrictions on collective bargaining; these measures will diminish union membership in all three states. School reform advocates have backed plaintiffs who hope to win a U.S. Supreme Court ruling that would invalidate agency fees, which non-members pay to unions for collective bargaining services. Such a judgment could shrink union affiliates in every state.

Here are the five most financially troubled NEA state affiliates in alphabetical order. All of the monetary information comes from union tax filings for 2015; membership figures are from internal NEA documents.

Alabama Education Association. Once one of the most powerful interest groups in the state, the AEA has been greatly reduced through problems that are mostly of its own making.

AEA lost 16 percent of its membership in a single year, the worst of any NEA state affiliate. It ran a $1.1 million deficit and was placed under an NEA trusteeship in May 2015, shortly after it fired its executive director for failing “to meet his obligations toward the sound financial operation of AEA” (he reportedly invested union funds in high-risk stock market ventures).

Former AEA officers resisted the trusteeship (“there are no grounds for NEA to occupy AEA,” they argued), and by the time the dust settled, AEA was in a severe downward spiral. Its losses will gradually level off, but with a hostile legislature and governor, AEA will never return to its previous position of power and fiscal health.

Indiana State Teachers Association. Much like its counterpart in Alabama, the Indiana State Teachers Association’s former executive director made risky investments — in this case with funds from the union’s insurance trust, which ultimately collapsed in 2009. The national and state unions both took drastic measures that included another NEA trusteeship, a massive staff layoff, a $40-per-member state dues increase, the sale of the ISTA headquarters building to NEA, and a promissory note from NEA to ISTA — $8.1 million of which the national union has already written off as bad debt.

All of this was supposed to make ISTA solvent — by 2027. However, the plan didn’t account for the recession or the passage of a right-to-work law in 2012. ISTA lost 4.1 percent of its active members in 2015, and its net assets are a negative $3.6 million. The union still owes $12.3 million to NEA.

MEA lost 6.7 percent of its active members in 2015, but the real problem is its failure to fund obligations to staff pensions and post-retirement health care. MEA’s net assets are an astonishing –$231.2 million. Mounting liabilities and decreasing membership are forcing the affiliate closer to disaster.

These affiliates are far from the only ones with cloudy futures. The Georgia Association of Educators, Iowa State Education Council, and South Carolina Education Association also have troubles. The overall problem for NEA is how many “have nots” it can sustain without weakening the “haves.”