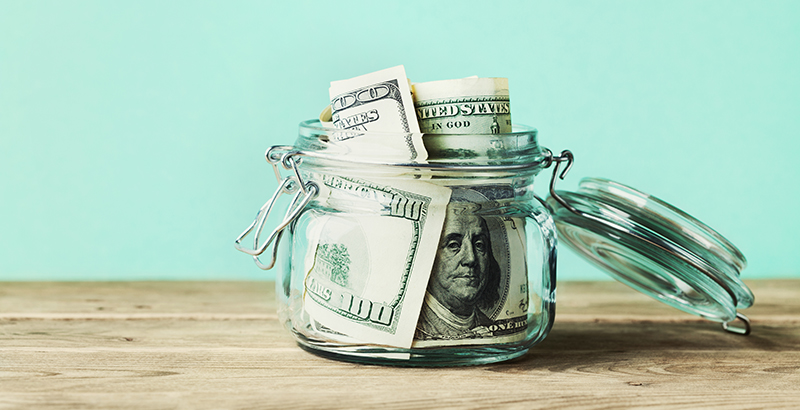 From state budget cuts to federal tax reform, school funding faces real constraints from all sides. But school budgets go beyond public dollars. A hidden piece of the school finance equation is private money raised by parent organizations, funds that give schools flexibility to pay for additional supplies, field trips, and classroom teachers.

The richest PTAs raise and spend more than $43 million a year for the country’s wealthiest schools. But schools serving low-income students, unable to match these dollars, are left without.

Recently, the Office of the District of Columbia Auditor published a review of eight District of Columbia Public Schools elementary school budgets that highlighted the large variation in financial support from parents, from zero dollars to more than $200,000 per year. At the high end, this translates to more than $500 per student. The auditors restricted their estimates to expenses that directly supported academic programs, such as supplies and staff. Total annual PTA revenues are presumably higher.

Inspired by this finding, we analyzed the scope of PTA funding across the District using data from DCPS’s budget guide and 2015 tax filings. We found that PTAs raised more than $5.5 million for a quarter of the District’s elementary schools (this includes all PTA revenue listed on IRS Form 990s, regardless of source). Schools used this money to supplement curriculum, pay for after-school enrichment, and hire classroom and specialty teachers.

Increasing staff capacity is a big deal both financially and academically. Teachers are the largest in-school driver of student achievement, and their working conditions improve with additional hands in the classroom. A quick look at some of the largest PTA budgets for DCPS elementary schools finds that hiring additional staff and instructional aides, either directly or by using PTA dollars to free up school budgets, is a key priority. PTA money, therefore, has the potential to make a real impact on a school’s day-to-day learning environment, including teacher recruitment and retention, in the most affluent schools.

Some districts are addressing this problem in creative ways. Portland Public Schools in Oregon, for example, redistributes a portion of parent donations through an equity fund. Other districts, like Montgomery County Public Schools in Maryland, limit how parent donations can be spent. In theory, this puts the responsibility on the district to provide schools with equitable core resources, particularly around staffing. Neither policy appears to significantly affect the level of parent contributions. But they have not always gone over well, with some more affluent communities advocating to keep donations in their own schools.

Another approach districts use is to encourage schools to use PTA donations to fund enrichment programs that benefit multiple schools. One way to do this is to partner with a community organization or districtwide nonprofit to create programming for the entire district.

To be sure, parent donations may serve an important role as the glue connecting families to public schools, and overall, they are a drop in the bucket compared to the total amount of money spent on schools. But they nonetheless can exacerbate the already uneven playing field, especially when it comes to staffing, and their funding priorities may overlook the needs of marginalized students and families.

Data transparency at the school and district levels is the first step toward an honest conversation. To our knowledge, the Office of the District of Columbia Auditor’s report is the first official government report to analyze PTA spending in the District. DCPS should be highly motivated by these findings to collect PTA budget information and investigate the overlap between parent expenditures and what the District considers to be part of the core instructional day. This process should ensure that all schools’ needs are met, regardless of PTA capacity.

It is telling that the resources provided by one DCPS elementary school’s PTA were described as “playing a critical role in helping [the school] resolve budget gaps and maintain the quality of its academic program.” Too many schools do not have the funds to fill these gaps — nor should they need to rely on them, given the important role that funding plays in student outcomes, particularly for students from disadvantaged backgrounds.

This problem is not unique to D.C. We cannot attempt to solve serious systemic issues like the inequitable distribution of high-quality teachers or the achievement gap without comprehensively addressing resource equity nationwide. Ensuring a solid foundation of instructional staff with high-quality working conditions is instrumental to this process.

All funding sources that impact human capital — PTA dollars included — must be part of the equation.

Samantha Batel is a policy analyst with the K-12 Education team at the Center for American Progress, focusing on school standards, school and district accountability, and school improvement. Previously, she was a confidential assistant at the U.S. Department of Education in the Office of Elementary and Secondary Education.

Erin Roth is a senior policy analyst for education innovation at American Progress.