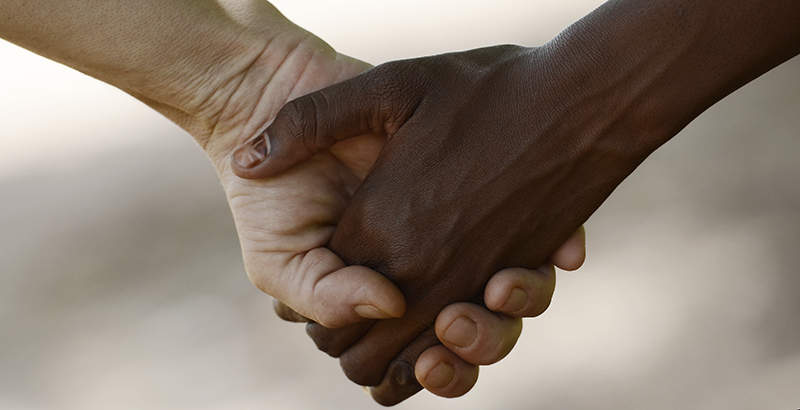 We all know the story: In cities across the country, school districts and the charter sector treat each other warily at best, as enemies at worst. The two sides argue over their intentions, who serves a more challenging group of students, who deserves more funding but gets less, and so on.  Such accusations reflect strongly held interests and convictions, not facts.

Yet in a small but growing number of cities, district and charter sector leaders are finding ways to lower their guard and work together on behalf of all students.

Oakland, California, is a striking example of such cross-sector collaboration.  Along with a group of advocacy organizations and foundations, district and charter sector leaders there have partnered to investigate a set of crucial questions about educational equity: How different are the students they serve? How much money does each sector spend per pupil both in real dollars and after adjusting to reflect student need?  How do the sectors spend money differently, especially in key areas like special education, teacher compensation, and central office services? And, ultimately, how can the two sectors partner to change how resources are allocated and increase opportunity for all students?

Ash Solar is the executive director of Great Oakland Public Schools, a key member of the Oakland Achieves coalition of advocacy groups and foundations that facilitated and supported this work. He says, “Oakland Achieves reported on cradle-to-career metrics before, looking at outcomes like academic proficiency and graduation rates citywide. But as a community, we realized we also needed common data on spending and student need. That way, if someone stands up in a board meeting and says, for example, that charters serve no special-needs students, we can all refer to the same number. This analysis is not the end of the process — it’s the beginning.”

Oakland Achieves partnered with Education Resource Strategies (ERS), a nonprofit that works with leading-edge schools and systems to analyze and transform resource use. ERS had previously helped Oakland Unified School District assess its spending patterns and identify opportunities to allocate resources more strategically. Oakland Unified was game to expand on that analysis with a citywide lens, and motivated by a shared moral imperative, the vast majority of Oakland’s charter operators — 32 of 37 charters, serving 88% of Oakland charter school students — agreed to participate as well.

Over the months of the project, a steering committee of district leaders, charter leaders, and education advocates poured over data, asking insightful questions and serving as true thought partners in ERS’ work.  This kind of collaboration was possible in part because of all parties’ commitment to full confidentiality prior to publication of the final report. This created a culture of trust that allowed participants to have open, frank dialogue about potentially contentious issues.

The report, Informing Equity: Student need, spending, and resource use in Oakland Public Schools, highlights several differences between the sectors. Though both served a similar share of students who are low-income or English learners, Oakland Unified had a greater share of students receiving special education services, those who enter school later in the year, and those who enter middle and high school further behind academically. District-run schools also placed a greater share of special education students in more restrictive and costlier settings.

On paper, the district spent $2,800 more per pupil than the average charter school on operating expenses (those that directly support the ongoing operation of, and support to, schools). But when ERS adjusted that number to account for some differences in student need (e.g., low-income, English learner, and special education status), the per-pupil spending gap fell to $1,400. Furthermore, Oakland charter schools had 14% more contractually required teacher time per day, on average, than did district-run schools. And, the two sectors spent differently in areas like special education, teacher compensation, and central office positions, including leadership and business services.

The report makes no claim as to whether these differences are equitable; that is the conversation now to come.

Education leaders across Oakland are already identifying opportunities to make equity-focused changes that will improve access to excellent schools for all Oakland students. Some charters have committed to reserving more seats for high-needs applicants and latecomers; others are working with Oakland Unified on special education placement and service improvements; there are discussions about advocating before the state for a more effective special education funding model. Oakland Unified’s new superintendent, Kyla Johnson-Trammel, says, “The report confirms that we have to do more to provide equitable opportunities in our schools, and it provides a foundation for educators across Oakland to work together to better serve students.”

Oakland Unified is moving forward on planning to create a more effective and efficient school portfolio.  The city’s cross-sector Equity Pledge Group is also committed to using this report to accelerate its efforts.

Although the collaboration’s final impact remains to be seen, Solar says that coming together to look unflinchingly at key data — moving from assumption to facts — is a crucial step in creating momentum for change. “Before,” he says, “if there was inequity of resources, we could say, ‘Well, we didn’t know.’ Now, we all know, and we have the basis on which to work together to change it.”

Jonathan Travers is a managing partner at Education Resource Strategies, a national nonprofit that partners with district, school and state leaders to transform how they use resources, and the leader of the consortium’s chief financial officer network.