Analysis — New York’s Teachers Unions Are Millions in the Red: A Look at the Numbers 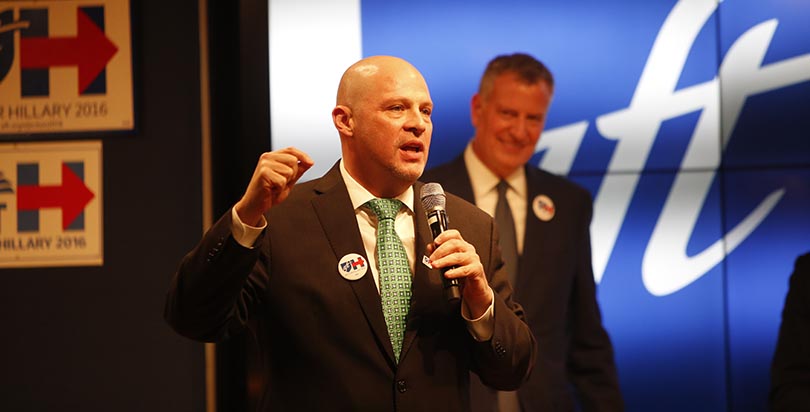 Besides advocating for their members, the unions are also commercial enterprises operating in a market economy. They have buildings, employees, bills to pay, budgets to construct, and in-house “staff unions” they have to bargain with. It is instructive to compare the teachers unions’ positions for financing public schools with the way they collect and disburse funds internally.

(Union Report: Why Union Employees Are Fighting for Better Salaries)

For instance, unions spend heavily on employee salaries and benefits — to the point of risking their future solvency. If a new court challenge similar to the Friedrichs case results in the end of agency fees — required union payments by non-members to compensate for collectively bargained benefits — the New York unions may find themselves unable to meet their obligations to members and employees alike.

The unions’ public policy agenda is designed to mitigate those risks, but ir would have the effect of placing the public treasury in similar straits.

That’s because most union revenue comes from member dues. These tend to increase along with increases in average teacher salary, either according to an established formula or by the vote of a body representing the entire membership. NYSUT collected almost $133 million in dues during the 2015–16 school year, an increase of 5 percent over the year before, according to its annual disclosure reports with the Department of Labor.

Dues are a dependent source of revenue, however. As long as New York’s public schools hire additional teachers each year, and average teacher salaries increase, the unions’ income increases. No other legislative action or market condition has more than a marginal effect on union finances.

Having collected substantial sums, how do NYSUT and UFT spend them?

Most of it goes to their officers and staff. NYSUT employed around 550 people (according to its most recently available tax filing) with a payroll of $60 million. That sum is trivial, however, compared with the union’s liability for post-retirement benefits. NYSUT estimates that it is on the hook for $504 million in health care for retired members and pension costs, according to its 2016 labor department report, an increase of 31 percent from the year before and 135 percent from 2010.

Six years later, the union’s liability for retiree benefits and pensions had risen by 135 percent:

The unions boast of their success in stifling efforts to reduce public employee pension costs, but NYSUT would have to devote its entire income for more than three years just to cover the cost of its own employees’ pensions and retiree benefits.

How will the unions remain solvent given their precarious current state? So far they’ve relied on deficit spending. Annual deficits have reduced NYSUT’s net assets to –$413 million, according to its most recently available federal tax filings. UFT managed a surplus in 2014–15 after a deficit the previous year, but its net assets were –$19 million.

Here’s another possible indicator of the union’s financial insecurity: UFT owes NYSUT almost $11 million for back dues, and $4 million of that is 90 to 180 days past due. This suggests — we would know for sure only if the unions were more transparent about their financial activity — UFT has at least a temporary cash flow problem.

“The UFT is confident it will meet its future obligations,” UFT spokesman Dick Riley said in an email.

If the UFT is having financial troubles, NYSUT, which declined to comment, can’t afford to bail it out. And if NYSUT is having financial troubles, its parent organization, the American Federation of Teachers, couldn’t afford to bail it out either, because about 40 percent of AFT’s income is the dues paid by those same NYSUT members. In other words, AFT doesn’t have enough members in the rest of the country to cover NYSUT’s losses.

In the public sphere, the New York unions will consistently demand higher taxes, but when it comes to their own affairs, they recognize the risks of repeatedly going to the well, i.e., proposing additional dues increases to membership. They prefer to run up debt rather than reduce expenditures or raise dues to a level that would cover their spending.

We should approach the unions’ prescriptions for public finances with skepticism until they cure their own budgetary ills.

Mareesa Nicosia contributed to this story.