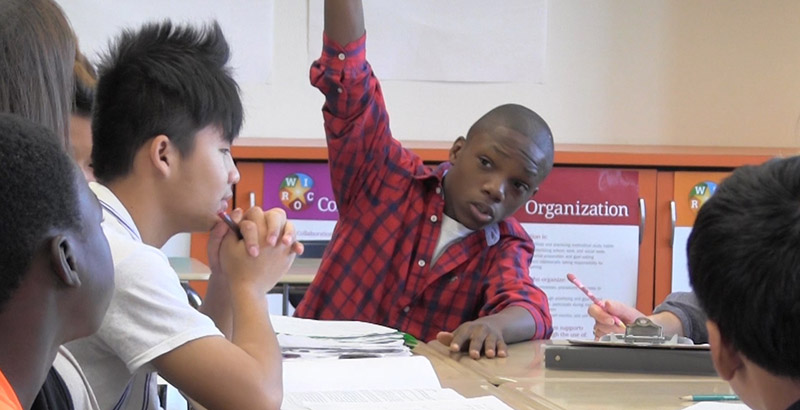 In survey after survey, teachers report dissatisfaction with the professional development they receive. Many aren’t satisfied with their professional learning communities or coaching opportunities. Teachers say they want more on-the-job development, career advancement while teaching, and collaboration time.

Some teachers are getting what they want. But is that good news for students? Do their students learn more?

According to a new study released through the CALDER Center, the answer is yes — a lot more. Authors Ben Backes of American Institutes for Research and Michael Hansen of the Brookings Institution found that students of teachers who receive these types of supports from multi-classroom leaders in Public Impact’s Opportunity Culture initiative showed sizable, statistically significant academic gains.

Multi-classroom leaders (MCLs) lead a teaching team, providing guidance and frequent on-the-job coaching while continuing to teach, often by leading small-group instruction. Accountable for the results of all students in the team, they earn supplements that average 20 percent to 50 percent of teacher pay.

The effects appear to be both direct — with performance improving for individual students in MCL classrooms — and indirect, with whole schools’ growth rising when teachers begin leading even part of a school. They were found when comparing schools that had Opportunity Culture classrooms against schools that had none, as well as in before-and-after results for schools that have implemented the program.

With these results year after year, students beginning kindergarten one year behind can catch up by the end of second grade. It’s a longer haul for reading, but the same kindergartners can still catch up before middle school.

The study covered about 15,000 students and 300 teachers, looking at several years of data in two districts in North Carolina and one in New York where the majority of students were eligible for Title I funds in 2015–16. Researchers controlled for factors including student background and prior performance.

The study examined two types of advanced interventions: reaching students directly with extra paraprofessional support, and guiding teams as multi-classroom leaders. In contrast to the big gains seen under MCLs, the researchers found the results mixed for teachers who reached more students directly without an MCL’s leadership, and least favorable for teachers who added extra online time in a direct-reach role. In addition, the study found, these interventions reached fewer students. 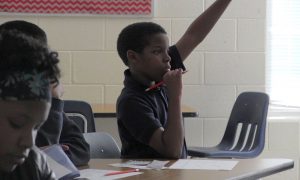 Interestingly, the study found positive, though smaller, benefits even for students whose teachers were not part of a team — just because there was an MCL in the building. The researchers acknowledged that these smaller differences could indicate positive “spillover” effects.

Indeed, in interviews, teachers reported that multi-classroom leadership changed the culture of their entire schools: Collaboration, coaching, and support for everyone quickly became the norm. In schools that didn’t have MCLs for all teachers, some MCLs reported that they were coaching teachers outside their teams. Schools also filled other teaching vacancies with strong applicants who had sought these advanced roles but were not selected for them. Some or all of these factors undoubtedly affected student learning, even if the study could not tell which ones made a difference.

Importantly, the researchers found that among MCLs whose teaching effectiveness could be quantified through student learning growth data, all were in the top quartile of effectiveness before being selected for the role.

In all Opportunity Culture schools — now found in about 20 districts in nine states — teams of teachers and administrators adopt new roles and plan implementation. The school teams decide how to reallocate school funding to pay MCLs (and sometimes team teachers) more, and they redesign school schedules to provide additional time for teacher planning, coaching, and collaboration.

In the study’s three districts, multi-classroom leaders whose data were available led a median of five teachers, and an average of six. With these ratios, excellent MCLs could in theory reach all students and teachers nationally. By contrast, recent research about federal Teacher Incentive Fund merit pay found far smaller learning effects and lower pay supplements, with fewer than half of districts indicating an ability to continue the program, much less scale it up.

Teachers have long told state and district leaders that they want more collaboration, on-the-job learning, and advancement opportunities while teaching. This study shows they were right to want all of that. Great teachers can lead small teams to reach a lot more students with high-growth learning — and support their colleagues’ success really well.

Emily Ayscue is the co-director of Public Impact, which founded and leads the Opportunity Culture initiative.