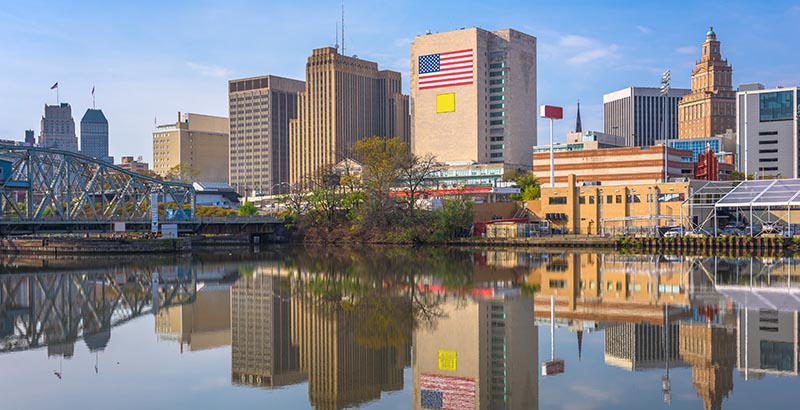 A new poll sponsored by the New Jersey Children’s Foundation reveals that the majority of Newark voters support public charter schools. That’s not terribly surprising: The state’s largest district has one of the best charter sectors in the country. In 2018, for the first time, Newark charter students beat the state proficiency rate in both math and reading, closing the achievement gap. An independent analysis found that, largely due to charter school expansion, black students in Newark are three times as likely to attend a school with test scores above the state average today as they were in 2009.

Yet judging by the current crop of Democratic presidential candidates, no one cares about the 88 percent of city voters who, according to the poll, believe that “Newark should have more high-quality school options, including public charter schools.” Instead, this gang of aspiring nominees is engaging in a war of who can be the most “progressive” — what Democratic strategist Paul Begala calls “some kind of purity game to see who can be the most leftist.” As they lurch portside under the delusion that progressive Twitter somehow represents primary voters, they risk alienating a critical portion of their consistency and creating an enthusiasm gap that may damper voter turnout and result in another Trump term.

Let’s model good behavior: The candidates may not be listening to Newarkers, but let’s listen to the candidates on the subject of charter schools. (Shout-out to nonconformist Andrew Yang, who says that “the goal should be to make more schools high-quality and effective — not denounce an entire category.”)

Bernie Sanders: “In a 10-point plan,” The New York Times writes, “Sanders … said that, if elected, he would ‘desegregate schools’ in part by forbidding federal spending on new charter schools as well as by banning for-profit charter schools — which account for a small proportion of existing charters.” (Sanders has also made a moratorium on new charter schools “the centerpiece” of his education platform.)

Joe Biden: “Any charter school system that does not allow for total enrollment … siphons off money for our public schools, which are already in enough trouble.” (The Huffington Post writes: “Biden’s criticism of charters represents the latest attack on these schools from the Democratic side ― and notably strays from the Obama administration’s embrace of these schools.”)

Elizabeth Warren: “In 2016,” EdWeek reports, “Warren opposed a Massachusetts ballot initiative that would have raised the cap on the number of charter schools in the state. The amendment, which the state’s teachers unions also campaigned against, ultimately went down to defeat.”

Julián Castro: “It is a myth that charter schools are better than public schools. They’re not.”

Cory Booker (et tu, Cory?): “Booker, whose signature policy push as the mayor of Newark was a revamp of the city’s public-education system, including a charter expansion, criticized charter laws in Iowa during an event in the state last week,” reports The Wall Street Journal. “‘They’re about raiding public education and hurting public schools, and that’s something that’s unacceptable and for me I will fight against,’ he said.”

Now let’s pretend the candidates actually want to listen to Newark voters and, by extension, urban voters of color. Let’s start with the NJCF poll, which finds that 63 percent of Newarkers “see public charter schools as an important part of the city’s public school landscape.” Better yet, let’s talk to individual parents. At this past summer’s NJ Parent Summit, Ruthven Haneef Auguste, a Newark father of three daughters who attend KIPP charter schools, told me, “If you get rid of charter schools, you’re just taking away my options.” Shayvonne Anderson, a mother of 10 and a Newark School Board member, told me that “a public school is a public school. I won’t take my kids away from what’s working for them. This isn’t about adults and their politics. It’s about our children.” Nicole Harris, a Newark mother of three, told me that “charters — like [Uncommon’s] North Star — work to close those gaps, and parents like me are grateful for that.”

Want to get bigger than Newark? A poll released in June by Democrats for Education Reform found that more than half of both black and Latino Democratic primary voters view charter schools favorably, and “among those who cast a vote for president in 2016, 50 percent had a favorable opinion of public charter schools while only 28 percent had an unfavorable view.”

Yet our candidates frantically dive into the anti-charter mosh pit, effacing the views of voters of color. Why? New York Times columnist Thomas Edsell has an answer:

“Democratic Party voters are split. Its most progressive wing, which is supportive of contentious policies on immigration, health care and other issues, is, in the context of the party’s electorate, disproportionately white. So is the party’s middle group of ‘somewhat liberal’ voters. Its more moderate wing, which is pressing bread-and-butter concerns like jobs, taxes and a less totalizing vision of health care reform, is majority nonwhite, with almost half of its support coming from African-American and Hispanic voters.”

As the candidates box themselves into the zeitgeist of the disproportionately white and wealthy segment of the party, they ignore the growing moderate wing, which attracts voters of color, many of whom are not wealthy. This is the wing that turned out enthusiastically for President Barack Obama; in fact, in 2012, the turnout of black voters was for the first time proportionately higher than that of whites. And let’s remember that our 44th president was far more moderate than the current pack of wannabes.

It’s so easy for the white elite — who exercise school choice all the time by moving into gated communities that come bundled with great schools — to dismiss the views of urban people of color. It’s so easy for candidates to reject the results of the Newark poll. And it’s so convenient to brush moderates aside when Democratic candidates depend on the goodwill of teachers union leaders, who rarely represent the consensus of the party (let alone their own members).

Randi Weingarten, American Federation of Teachers president: “I have heard from some people that they view [charter school support] as a complete impediment.”

Please, candidates, as the field narrows and the real race approaches, log off Twitter, ignore the union bluster and listen to real people, like the voters in Newark who just want access to good public schools. You need their votes.