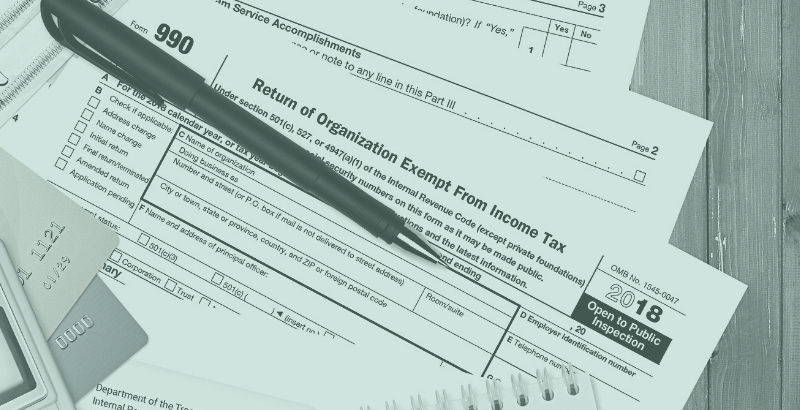 The National Education Association has expressed its support for the Biden administration’s “build back better” agenda, which includes the American Rescue Plan, the American Families Plan and the American Jobs Plan.

In a July 13 letter to Congress, NEA Director of Government Relations Marc Egan presented a long list of spending priorities that the union hopes to see enacted, as well as a desire that “corporations and the wealthiest Americans pay their fair share.”

To that end, the union wants to see the following changes to federal tax law:

These recommendations come from an organization which, together with its state affiliates, rakes in almost $1.7 billion annually and pays no corporate or capital gains tax.

Corporations and the wealthiest Americans have their own lobbyists and congressional influence, so tax policies will be enacted or not in the usual ebb and flow of political maneuvering. It’s the last recommendation, to “strengthen IRS enforcement,” that deserves some context.

The price NEA and its affiliates, along with all other nonprofit entities, pay for all that tax-free revenue is the requirement to file annual financial disclosure reports to the public. The Internal Revenue Service has a Form 990, which is the equivalent of a tax return, except that no — or very little — taxes are paid.

As with tax returns, 990s come in short and simple versions for small organizations, and more detailed long forms for larger ones. They require an accounting of all revenues and expenses, salaries of key officers and itemized assets in broad categories. Filing the report is not especially onerous, considering the benefit of being tax-exempt.

IRS enforcement leaves a little something to be desired, however. Tax-exempt status is not revoked until an organization has failed to file a 990 for three consecutive years. Technically, an organization could file a 990 once every three years and not see its tax-exempt status automatically revoked. If it is revoked, the organization can have it reinstated simply by paying a fee and reapplying. In most cases, the reinstatement is retroactive to the revocation date, meaning there is no other penalty for failing to file.

Despite extended deadlines due to the pandemic, dozens of NEA affiliates have seen their tax-exempt status automatically revoked since March 2020. They include at least 20 local affiliates of the California Teachers Association, 15 of the New Jersey Education Association and teachers unions in Georgia, Illinois, Indiana, Iowa, Michigan, New Hampshire, Oregon, Pennsylvania, Washington, Wisconsin and West Virginia.

By far the largest offending local affiliate of both NEA and the American Federation of Teachers is the Hillsborough County Classroom Teachers Association in Florida, which had its status revoked last September. It is not listed on the IRS website as having applied for reinstatement.

In its last filing from February 2017, the Tampa-based union reported more than $6.3 million in revenues.

So by all means, let’s strengthen IRS enforcement. Union affiliates that lose their tax-exempt status should have to pay taxes on the millions in revenue they collect. This should occur after only one year of failing to file disclosure reports, not three. And the IRS should assess penalties for each additional year of failing to file 990s. That would only be fair.