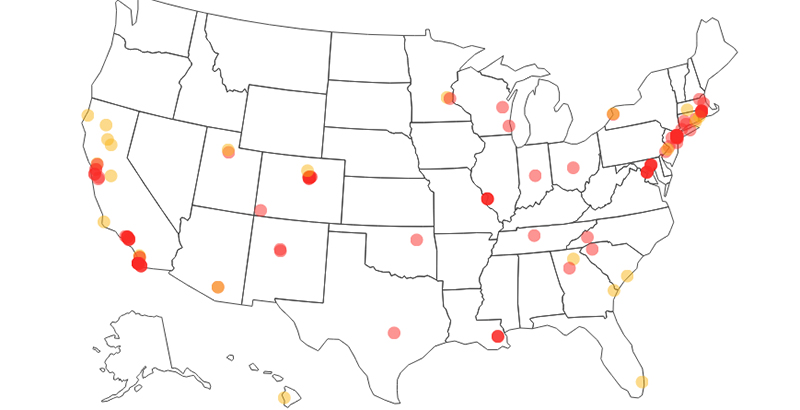 Over the past year, researchers from The Century Foundation have analyzed roughly 5,700 charter schools in all 50 states in an attempt to produce the first-ever nationwide inventory of diversity in the public charter school sector. Today, in partnership with the foundation, The 74 is releasing the findings of that report — and over the next two weeks will publish in-depth profiles of four intentionally diverse charter schools, showcasing strategies, policies, and practices that can be replicated and modified by schools elsewhere, as they look to pursue diversity as a goal.

In San Diego, a former carpentry teacher imagined a high school where students of all backgrounds and abilities would engage in project-based learning without academic tracking.

In New Orleans, a group of parents concerned about the shuttering of their local school after Hurricane Katrina rallied together to create a school that would reflect the diversity of their racially and economically mixed neighborhood.

In Rhode Island, the mayor of an affluent suburb led the charge for a new regional school model that would allow children from his community of Cumberland and those from the bankrupt city of Central Falls to go to school together.

These educators, parents, and policymakers all helped to open charter schools, and at the center of the creation of each of these schools was a shared vision: to use the flexibility of the charter model to incorporate diversity into the school design.

As researchers who study school integration, we know these stories may sound surprising to many. Charter schools, historically speaking, have not been diversity’s best friend.

Compared with all public schools — which, by many measures, are more segregated today than they were in the 1970s — charter schools stand out as particularly likely to be racially or economically segregated. One 2017 analysis found that 17 percent of charter schools have an enrollment that is 99 percent nonwhite, compared with just 4 percent of traditional public schools.

And yet, the stories above exist. They are increasing in number. And they deserve to be told.

Over the past year at The Century Foundation, we’ve analyzed roughly 5,700 charter schools in all 50 states in an attempt to produce the first-ever nationwide inventory of diversity in the charter sector. We reviewed school websites, analyzed enrollment data, and administered a follow-up survey, evaluating charter schools based on their institutional commitment to diversity, as well as their actual student populations.

The findings were both sobering and promising. We identified 125 diverse-by-design charter schools, meaning they have both integrated enrollment and a commitment to diversity. More broadly, we found that 1 in 5 charter schools (1,026 schools) showed some consideration of diversity in their school model, while 1 in 4 (1,477 schools) had medium or high diversity in enrollment. 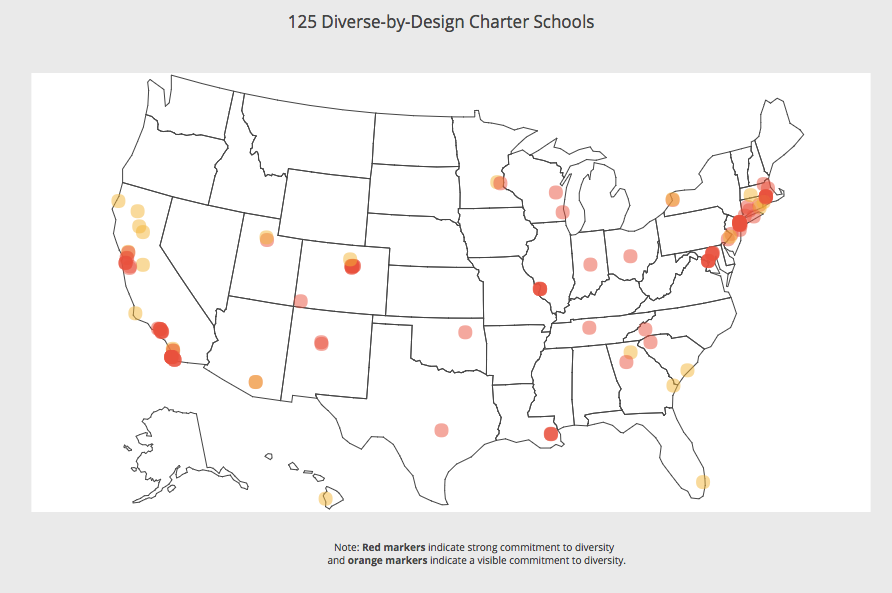 Admittedly, 125 schools is a relatively small slice of the charter school sector (about 2 percent). But our research suggests that this number is growing: Nearly 40 percent of the schools were less than five years old at the time the data were collected. 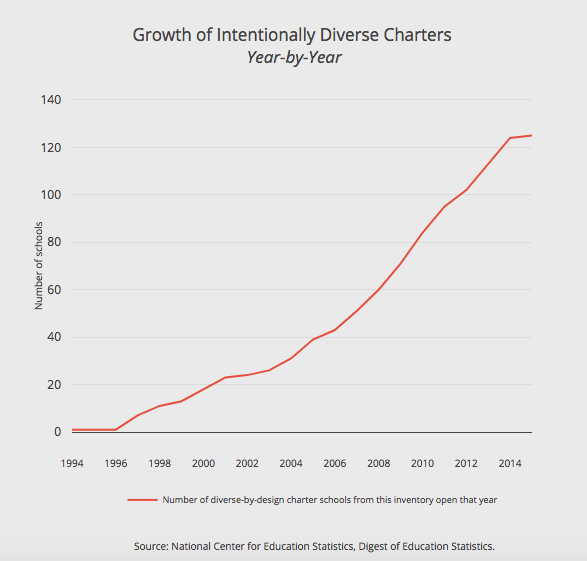 Perhaps more important than the number of schools we identified, however, was what we learned looking inside the classroom. We found intentionally diverse charter schools in every corner of the country. Although the majority are located in cities, many are situated in suburbs and even towns or rural areas. Half of the 125 schools had no racial or ethnic majority. The median low-income enrollment was 53 percent. The schools used a wide variety of educational models and pedagogy, from dual-language themes to expeditionary learning.

In other words, integrated charter schools are not just possible, they are possible nearly everywhere — in communities of different sizes and demographics, at all levels of education, and in a variety of educational models and forms. These 125 schools offer important insights into how the charter school model can help promote school integration.

Over the next two weeks, we will be sharing some of those stories, publishing excerpts of four in-depth profiles of intentionally diverse charter schools. They are the result of foundation experts and contributors traveling to schools across the country and spending time with students, parents, faculty, and staff.

In New Orleans, we’ll see how a unionized charter school benefits not only teachers but also students. We’ll learn how one network in Rhode Island has found a way to unite students across race and class divides in its approach to recruitment.

We’ll meet leaders in Denver discussing how entrepreneurship and practical learning have put their schools near the top of the list in the state. And in Los Angeles and Kansas City, Missouri, we’ll see how charter schools are weaving diversity throughout their classrooms, from social-emotional learning to parent engagement.

Our hope is that these features inform and inspire — that they showcase a wide array of successful (and even some unsuccessful) strategies, policies, and practices that can be replicated and modified by schools elsewhere, as they look to pursue diversity as a goal.

As advocates for integrated public education, we must move past simplistic debates about whether charter schools contribute to the problem of school segregation, and begin to see them as a critical part of the solution.

The flexibility of the charter model means that charter schools, when designed with diversity in mind, can be an effective tool to give more students access to diverse classrooms. And our research shows that they increasingly are.

It’s time we learn from them.

Halley Potter is a senior fellow at The Century Foundation.