Analysis: Janus Ruling Could Force Unions to Compete for Members 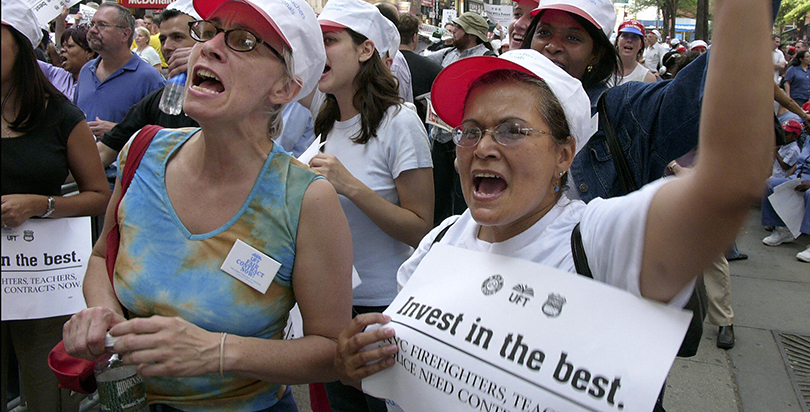 Last week, attorneys for the plaintiff in Janus v. AFSCME filed for review in the U.S. Supreme Court. If the court accepts the case and rules in favor of Janus, it would end the practice of public-sector unions charging agency fees to non-members for costs associated with collective bargaining and other operations.

The media and analysts have focused on the potential effect of an adverse ruling on union membership and finances. Given the choice, as has happened in some states, a significant number of public employees opt out of membership. But there is also the possibility that once freed from financially supporting their old union, public employees will join — and financially support — a different union or professional organization.

Because unions are exempt from antitrust laws, they can make agreements about who will organize which employees. Jurisdictional arrangements constrain unions from recruiting new members by “raiding” the ranks of other unions.

Following their failed national merger attempt in 1998, the National Education Association and the American Federation of Teachers made a series of deals to discourage raiding by their state affiliates, and pledged to withhold monetary and staff support to affiliates engaged in the practice. In some states, NEA and AFT affiliates reached similar individual agreements.

The upshot is that competition between NEA and AFT for members, once prevalent, is now very rare and, in agency fee states, almost nonexistent. The reason is clear: If a teacher is required to pay agency fees to the incumbent union in her state or district, it gets awfully expensive to also pay dues to a second union — one that has no authority to act on that teacher’s behalf.

In states without agency fees, teachers can join the incumbent union, a different union, a non-union professional organization, or nothing at all. This flexibility has created competition for members: In some states, NEA and AFT have pivoted effectively and maintain the largest membership base. In other states, they haven’t.

In the mid-1970s, NEA decided that contrary to previous practice, members could not pick and choose which levels of the organization they would join. If you joined the NEA local in Amarillo, in other words, you also had to join and pay dues to the Texas State Teachers Association and NEA national.

It’s possible that with the end of agency fees, new teachers associations will spring up where they weren’t feasible before — states like Maine, Oregon, or Pennsylvania. Some teachers who are unhappy with NEA may join AFT, and vice versa.

This new mobility might not always be detrimental to the unions. NEA has already leveraged right-to-work laws to retain members, for example.

So while public-sector unions must prepare for the consequences of members leaving unions entirely, they must also prepare to operate in a world where members easily move from one union to another, or to a non-union association. How ready are they for an actual marketplace in labor representation?