Analysis: Inside the Financial Collapse of the National Board for Professional Teaching Standards

NBPTS offers a voluntary national certification program for teachers that seeks to establish a higher standard than state licensure. The fees for certification total about $2,000, but some states and organizations provide financial assistance. The U.S. Department of Education has issued $10.4 million in grants to the organization through various established funds. Some school districts give nationally certified teachers additional pay.

This is an ambitious target, particularly since NBPTS has had trouble handling its money recently. The organization’s net assets since 2010 show a steady and troubling decline:

A $1 million, no-interest loan from the National Education Association in 2016 hasn’t stemmed the decline.

Edutopia doesn’t address the financial health of NBPTS, but it does note that “the board has introduced an online tool called Atlas, which contains videos of certified teachers at work to help guide the application process from afar.”

Let’s hope Atlas is valuable, since NBPTS used it as collateral to secure the NEA loan. 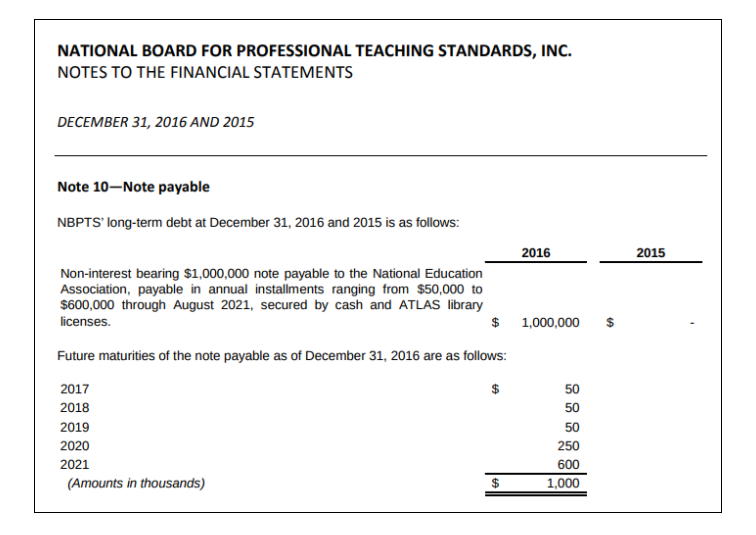 Further help from the federal government or even the national teachers unions seems, at best, uncertain. Without a secure revenue stream, the organization’s lofty goals are unreachable, and its future is in doubt.