Analysis: In Newark’s Election of a New School Board, a Superficial ‘Unity’ 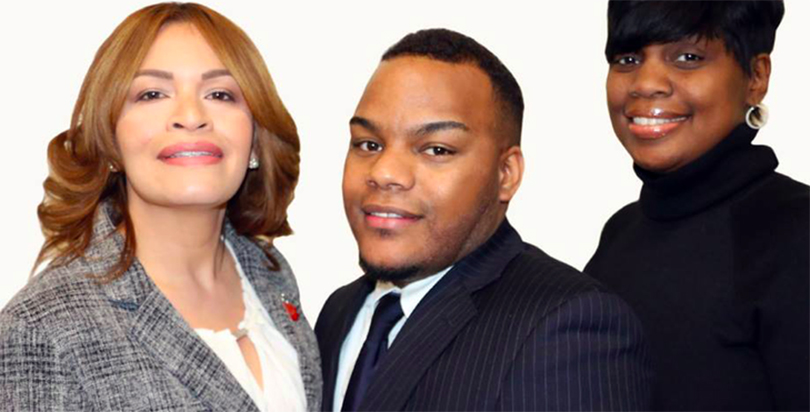 Newark’s school board elections are over, and the newly configured nine-member board — for 22 years demoted to “advisory” status but now just a baby step away from full control of New Jersey’s largest and most politically convoluted school district — will include Josephine C. Garcia, Reginald Bledsoe, and Flohisha Johnson. Coincidentally, these three winners ran together on the “Unity Slate,” a joint venture initiated last year by a new and well-funded organization called the Parent Coalition for Excellent Education (PC2E).

Last year, PC2E also funded a three-person Unity Slate that swept the election. Upending the usual practice of top power brokers running competing slates, 2016 signaled a rare melding of minds in this fragmented city. With coaxing from PC2E, Mayor Ras Baraka chose a candidate, North Ward Councilman Anibal Ramos chose a candidate, and pro-reform PC2E chose a candidate. That year each member of the Unity Slate garnered about 6,000 votes, a huge increase in these typically low-participation elections. Much of that increased turnout was attributed to charter school parents, who voted at twice the level as previous years and supported the two pro-reform candidates, Kim Gaddy (PC2E’s choice) and Tave Padilla (Anibal Ramos’s choice). Mayor Ras Baraka chose Leah Owens, an old-school Diane Ravitch clone who won because when the mayor speaks, people listen.

But this year, turnout was low (the rainy weather didn’t help) and the unity extolled during last year’s race was fractured by candidates more attuned to pro-choice parents’ politics. The ostensible reform candidate, Flo Johnson, got only 2,703 votes, less than half of what Kim Gaddy got last year.

It is premature to draw conclusions from a mere two years of data, but there is fear among education reformers, primarily parents who choose charter schools for their children, that last year was an anomaly and nothing has changed. There are few cities where the mayor and his fellows-in-arms wield such power, but Newark is one of them, ruled by ward leaders who control jobs, construction, political and apolitical appointments, and, yes, public education.

(Previously at The 74: Assessing 22 Years of State Control as Newark Votes for the Board to Take Back Reins of City Schools)

Tacitus, the esteemed historian in the early days of the Roman Empire, said that “success has many fathers, but failure is an orphan.” But in subversive Newark, a century of failing schoolchildren has many fathers, among them this culture of subjugation, patronage, and nepotism.

There are good people of substance and vision on the Newark school board, but the concerns of groups like the Hands Off Our Future Collective are valid. The public education available to Newark schoolchildren has improved dramatically over the past decade, and this improvement is due in no small measure to the increasingly large footprint of a flourishing and high-quality charter school sector. If too many board members — now or three years from now — are beholden to the mayor or his successor, then that improvement could slow. Already too many of Newark’s students attend schools that fail to deliver the “thorough and efficient” education promised in the state constitution. And, after all, it was Mayor Baraka who told a closed council meeting (YouTube video here), in an image that could have been lifted from the old film serial Perils of Pauline, that students who attend the traditional district schools are like a damsel “tied onto a train track” and the train bearing down on them is the city’s charter school sector.

Not exactly a vision of unity.

An article this week in the The Wall Street Journal discusses the power of county bosses within the context of New Jersey’s likely next governor, Phil Murphy. He neatly secured the “backing of all 21 county Democratic organizations, because county parties are the core of political power in New Jersey for both Democrats and Republicans,” Jennifer Duffy, senior editor of The Cook Political Report, commented. “Boss-run politics, that’s exactly what it is. Once these organizations have their say, historically, it’s kind of a done deal.”

Hopes among pro-choice parents to the contrary, Newark’s school board election was kind of a done deal.

Those who cheer on Newark’s educational improvements, especially a new generation of empowered parents after a century of neglect and malaise, were heartened by last year’s results. This year, probably not so much, especially as many defected to candidate Charles Love, who, coincidentally, used to work for PC2E. Word on the street was that he was proffered as the PC2E candidate but the mayor vetoed him because Love was inadequately deferential.

What does all this mean for Newark? What does it mean when elected officials owe their office to powerful patrons? What does it mean for the future of PC2E when the Unity Slate was won not by newly empowered parents but by the heft of Boss Baraka? Most important, what does this mean for Newark’s public school children, who are almost evenly divided among magnet schools (the one type of public school that truly “creams” students through selective admissions), charter schools, and traditional district schools?

Soon this new school board will start the process of choosing a new superintendent to replace state-appointed Chris Cerf. New Jersey School Boards Association instructs boards that their most important responsibility is that choice, an especially hard slog in New Jersey, where superintendents flit like hummingbirds from district to district and where the educational leadership of Newark is not perceived as nectar.

The Unity Slate was supposed to be one rung — OK, two rungs — of the stepladder toward district unity. The top step is a Unity Board supported by a Unity electorate. That outcome is not yet a done deal.