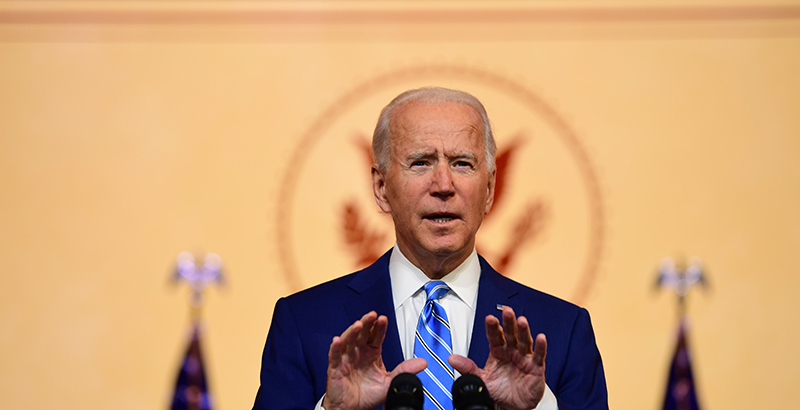 Soon after Election Day, the National Education Association released its “Policy Playbook” for the incoming Biden administration. It caused a stir among conservative news outlets for its extensive list of recommendations, including:

Issuing recommendations was nothing new for NEA. It did so the last time a Democrat was elected to the White House, in 2008. The union’s main demand then was that the Obama administration “endorse inclusion of the principles of NEA’s Great Public Schools for Every Student By 2020.”

But that NEA policy playbook, issued in July 2008, had quite a different take on the federal government’s role in public education. Back then, the union was focused on dismantling the No Child Left Behind Act, and it sounded like the staunchest advocate of the 10th Amendment.

“NCLB radically altered and expanded the role of the federal government, making it far more

intrusive than it had ever been,” the report stated. “This in turn threw a wrench into education reform efforts in the states.”

The union reiterated its support for a limited role for the federal government in education several times.

The NEA of 2008 even acknowledged that “some of our public schools are falling far short of meeting the needs of students, especially low-income and minority students,” and stated that schools “should demonstrate fiscal accountability.”

The union offered cooperation. “It is time to end divisive politics. We invite a new dialogue and partnership,” the report read.

NEA didn’t get the narrow federal role it asked for. It didn’t really get the new dialogue and partnership, either. Less than two months after President Barack Obama’s inauguration in 2009, the headlines were blaring things like “Obama takes on teachers’ unions.” By September of that year, union bellyaching was loud and public. And by July 2010, it was open warfare.