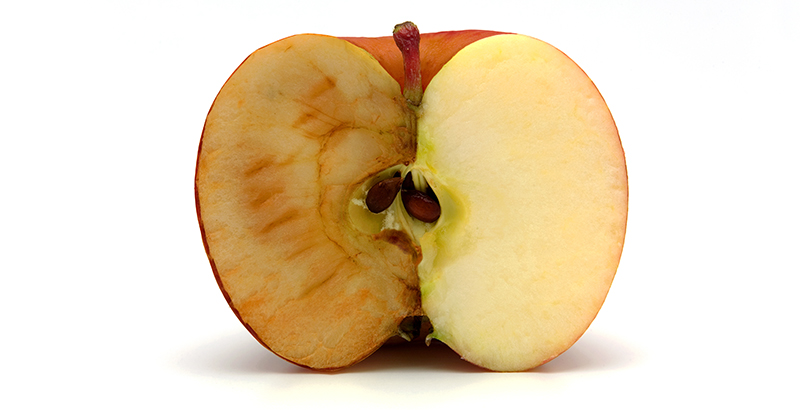 Teachers union officers and staff are professionals. They know how easy it is to get caught in a lie, particularly in the internet age. So they rarely lie.

They are also advocates, which means they know how to frame statements so that they are factually defensible but omit opposing arguments that are equally defensible. Critics sometimes deride such union statements as “myths,” but they are actually half-truths presented as whole truths.

Here are five half-truths teachers unions tell that appear impervious to any amount of counterpoint.

1. NEA and AFT affiliates in right-to-work states are not labor unions.

This statement is true insofar as the Internal Revenue Service defines a labor organization as “an association of workers who have combined to protect or promote their interests by bargaining collectively with their employers to secure better working conditions, wages, and similar benefits.” If you cannot bargain collectively you cannot be a union, the reasoning goes.

National Education Association affiliates in states like Georgia, Oklahoma, and Tennessee refer to themselves as professional associations. They avoid the word “union” because unions are generally unpopular in those states.

In many right-to-work states, NEA and American Federation of Teachers affiliates have gained tax-exempt status by successfully applying as 501(c)(6) organizations, which primarily include business leagues, chambers of commerce, and “associations of persons having some common business interest.”

Claiming that affiliates aren’t unions is a half-truth because NEA and AFT both have unified dues structures. That is, you cannot join the Oklahoma Education Association without also joining NEA, which is without question a labor union, according to the IRS, the U.S. Department of Labor, and itself.

2. Without agency fees, people who don’t join the union are freeloaders.

With the Janus case pending before the U.S. Supreme Court, teachers union representatives constantly remind us that without agency fees, teachers who do not join the union will benefit from a contract without paying for it.

This is true, and there are a number of states where it is already the case. It’s a consequence of exclusive representation: Federal law states that if unions want to be the only representative of workers in a bargaining unit, it must represent everyone, regardless of whether they become union members. This can come with a financial cost to the union.

But the government doesn’t force unions to be exclusive representatives. In fact, many industrialized nations have multiple unions representing workers in the same unit. America’s public employee unions treat the idea with disdain, calling it “unworkable,” and that it would “undermine morale.”

The teachers unions also assume that a union contract is a benefit for everyone, and that certainly is not the case. Science and math teachers, low-seniority teachers, high-performing teachers, and teachers who might simply want a different insurance provider are just some of the employees who may be sacrificing individual benefits under a union contract. Unions collect dues from these folks even though the contract may be a detriment to their personal interests. So it is just as accurate to say the union is freeloading on their money.

Whether union officers are overpaid, underpaid, or paid just the right amount is a judgment call, but it is hard to make that call when you can’t easily determine what they are paid.

It is not enough to grab a source document and run with the number listed. For example, NEA’s filing with the IRS states that union president Lily Eskelsen García made $361,003 in 2016. The union’s filing with the U.S. Department of Labor says $332,944, and NEA’s budget document says $289,286.

The difference is what each source includes in, or excludes from, the computation. The IRS naturally wants to know the taxable income, while NEA lists only the salary line for the president’s position. Eskelsen García also receives an additional 20 percent of that amount as a cash allowance because NEA doesn’t have a pension plan for elected officers, and another 20 percent as a living allowance to maintain a residence in Washington, D.C., during the maximum six years an NEA president serves.

However, union officers also often defer income for tax purposes, so that their pay while in office may appear smaller. They then receive that deferred income after they leave office, sometimes years later.

The late Al Shanker, president of both the United Federation of Teachers in New York City and the American Federation of Teachers, can rightly be called a visionary. His championing of the charter school concept that sprung from the brow of University of Massachusetts professor Ray Budde in 1974 brought the idea out of academic obscurity into the mainstream of education policy. There is also truth in the assertion that the charter concept quickly broke away from Shanker’s vision of what it should be.

But let’s not go nuts. Shanker championed a lot of things during his 33 years in union office, including A Nation at Risk. He did not put the power of his union behind his vision for charter schools, and every charter school law in every state with charters was enacted over the objections and opposition of that state’s teachers union.

Shanker’s flirtation with charters is mostly used today by AFT to paint charter schools as some sort of Frankenstein’s monster, a terrible deviation from the innovation of their creator.

5. Union dues are not used for politics.

This is the most persistent half-truth of all. Just as with officer salaries, the misinformation stems from definitions and categorization.

If you narrowly define “politics” as financial contributions to candidates for public office, then it is true, union dues are not used for politics. It is illegal to take dues money and give it to a candidate or political party.

Teachers unions often have FAQs on their websites or literature for new members like the ones for the Lane County Education Association in Oregon:

A: No, your dues pay staff salaries and provide funds for the various services (the Oregon Education Association) offers to members.

You will note that the question is very specific, allowing for a definitive answer, while the language about how dues are spent is vague.

The problem is that most people broadly define politics to include lobbying, independent expenditures, issue advertising, ballot initiative campaigns, rallies, protests, and endorsements. All of those things are paid for with dues money, which every union member, regardless of his or her political views, contributes. Virtually every other type of political spending other than direct contributions to candidates and parties is made with dues money.

As you can see, explaining these issues takes time and space. In politics, you usually lose an argument if your opponent makes straight, simple claims and you are the one doing the explaining. That’s why teachers unions like to reach for half-truths from their communications toolbox.