Analysis: Education Is Falling Behind in Race Against Robots. Here’s What U.S. Schools Can Do About It 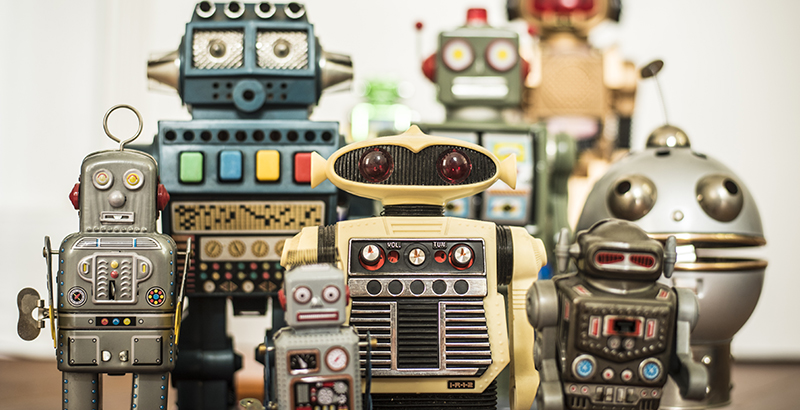 The growth of automation and the increasing sophistication of artificial intelligence in the workplace are starting to create an upheaval so profound that some people are calling it the fourth Industrial Revolution.

Our education system as currently structured is incapable of preparing the workers of today and the future for this major transformation.

There is still time to reinvent our education system from pre-kindergarten through adulthood so that it can provide people with the lifelong learning they’ll need to stay afloat in turbulent times.

Dire warnings about robots equipped with artificial intelligence taking jobs might sound hyperbolic today, particularly when phone-based “personal assistants” like Siri and Cortana can’t correctly answer even the most basic question. But the growing power of AI means tens of millions of jobs could disappear over the next decade or two.

An often-quoted 2013 study from Oxford University warns that up to 47 percent of all U.S. jobs are at risk of elimination in the next 10 to 20 years. “Most workers in transportation and logistics occupations, together with the bulk of office and administrative support workers, and labor in production occupations, are at risk,” the study warns. It adds that “a substantial share” of service jobs are also “highly susceptible to computerization.”

On the more optimistic side of the spectrum, a 2016 policy brief from the Organisation for Economic Co-operation and Development estimates that 9 percent of U.S jobs are at risk. But the OECD brief also warns that many jobs that don’t disappear will be fundamentally altered by automation and AI, meaning millions of Americans will require extensive retraining or additional education to stay employed.

And these aren’t just low-level, menial jobs. Millions of truck drivers could be out of work as autonomous vehicles gain dominance. Plenty of white-collar professionals, including radiologists and paralegals, could be profoundly affected as well.

Klaus Schwab, founder and executive chairman of the World Economic Forum, said it succinctly in a recent article:

“In the future, talent, more than capital, will represent the critical factor of production. This will give rise to a job market increasingly segregated into ‘low-skill/low-pay’ and ‘high-skill/high-pay’ segments.”

Schwab goes on to predict that this bifurcation will lead to “social tensions.” While that’s one possible scenario, it’s overly pessimistic. It assumes that as a society we will stand by idly and allow this transformation of the economy to overwhelm us.

Instead, let us commit now to launching into the serious work required to reimagine our education system. Every city and every state needs to act urgently to convene business leaders, policymakers, and educators who can work together to develop entirely new education and training systems.

Already, some visionary thinkers are pondering this challenge. Even people inside some normally immovable sectors like higher education are calling for fundamental shifts.

Take Gordon Jones. He’s the dean of Boise State University’s new College of Innovation and Design. He believes that the false distinction between education and training needs to disappear, and that individuals, universities, and community colleges need to think of education as a lifelong endeavor.

Higher education institutions in the near future might grant lifetime admissions to people who will have multiple careers and need new credentials as they move between careers, Jones believes. He also advocates for all post-secondary students to combine classroom learning with university-sponsored internships, which will give them the practical experience they need to be employable upon graduation.

And the old courses of study may need to change, or to be augmented by cross-disciplinary fields of study. “We will need new degrees, majors, minors, certificates where faculty work across traditional academic disciplines to prepare people for the emerging needs of the workforce of tomorrow,” Jones says.

This is the kind of thinking we need. And the kind of interdisciplinary, hands-on learning Jones envisions must start not after high school, but as early as preschool.

Over the past several decades, public education has proved itself highly resistant to change and adept at stifling serious efforts at reform. We can’t afford to be patient, or to tolerate tinkering at the margins.

It’s in everyone’s self-interest — teachers, administrators, parents, students, business leaders — to join forces and work together to create a lifetime education system that will keep us strong, individually and collectively.

The time is now. Let’s get to work.

Tim Taylor is executive director of America Succeeds, a national network of non-partisan business leaders and organizations dedicated to improving educational outcomes for all students.

Tim Taylor is executive director of America Succeeds, a national network of non-partisan business leaders and organizations dedicated to improving educational outcomes for all students.