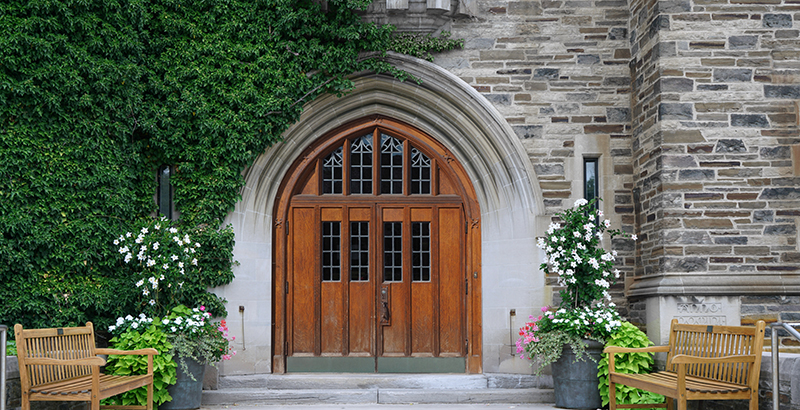 Programs like Prep for Prep and A Better Chance have long been regarded as groundbreaking solutions to the lack of diversity in the nation’s most elite prep schools. Adolescents who join these types of programs undergo a transfer of privilege that starts with their education and bleeds into every facet of their lives, forever altering their trajectory with opportunities that, without this intervention, would likely be unattainable.

But what assumptions do these programs subscribe to? And what do the experiences of their participants have to teach us?

In my Harvard senior thesis, I followed 30 participants of a program comparable to Prep, that grants select students the opportunity to attend independent schools ranging from Exeter to Harvard-Westlake. The program is based in an area in Los Angeles where nearly one-third of families live below the poverty line and the middle school dropout rate is about 60 percent. My ethnographic work followed 15 high school students through journal entries and follow-up interviews and 15 college students via 2.5-hour interviews. This research provided an in-depth understanding of these programs and their efforts to transfer privilege, as well as access to a higher social order for those perceived to lack such status. In total, my data consisted of over 45 hours of interviews and 95 entries.

I found that the experiences of socioeconomically disadvantaged students of color who are suddenly afforded the opportunity to study at elite prep schools can be understood in various forms of twoness associated with this transfer of privilege. The practices of these elite institutions — white practices — stand in direct opposition to the identities the participants possessed prior to these programs, producing deeply engrained tensions in the students’ identity development.

This internal struggle begins with their introduction to the world of elite education and will come to mark these students for their entire lives in a way that they aren’t even able to comprehend yet (“You went to Andover?”). With this mark comes a series of preconceived notions that they will have to continuously deconstruct, cultivating a sense of twoness that was best put by one student who said, “I did go to X, but not in the way you think I did.” While prep schools are the standard for many wealthy families, all the students I spoke to said they did not know what a private school was before being introduced to the program.

They pursued the program and left their local schools behind because they saw it as an opportunity to exceed social expectations and overcome barriers, and were drawn by the displays of opulence (“expensive dinners,” “fancy snacks” — one student even said the school “looked like a castle”) during the recruitment process. “I had never seen schools look that beautiful before. I had never really thought that schools had … stuff like that,” said one student. “It was an overwhelming feeling, thinking, ‘Wow, I’m applying to these places. I’m potentially going to a school that looks like this,'” — sparking a sense of hope of what their futures could look like if they attend one of these schools.

As they began attending their schools, the sense of twoness emerged in every facet of their lives, both on and off campus. Students identified four areas where it was most prevalent:

Graduating from these elite institutions did not end these feelings of twoness. Students expressed what I describe as opportunity guilt, constantly doubting their own worthiness and wondering what might have happened had they not been invited to attend an elite high school. This manifested in additional pressure to enter an esteemed university and forge a career considered prestigious enough to create a sense of having deserved the opportunitygranted to them. In essence, this intervention in their childhood dictates their entire lives. While they are committed to paying their privilege forward, they are forever marked by the opportunity they were given, entrenched in their twoness.

The question for these students is how to live with these conflicting identities, and there is no neat answer.

To borrow from Anthony Jack, whose book “The Privileged Poor” explores how disadvantaged students struggle at elite colleges, “access is not inclusion.” Despite their well-publicized initiatives, the prep schools in these programs focus on a few examples of exceptionalism to claim a “diversity” that thrives on a subscription to whiteness, which they perniciously perpetuate.

The students in my study were able to navigate spaces that were never meant for them; their experiences illustrate the urgent need to shift the culture at these schools, to provide a safe environment for the brilliant, diverse students these elite institutions are feverishly searching for. The students are tired of the endless microaggressions, from “How did you even get into this school?” to teachers openly commending groups opposed to the Black Lives Matter movement; of being welcomed to campus only to find that cannot afford textbooks or meals at the cafeteria; of not having shared experiences and interests (from traveling abroad to knowing what a Canada goose is to listening to indie music) that could help them bond with their new peers and not feel so isolated; of looking at their schools with awe and wonder as they first entered the gates, only to reflect four years later on how the experience actually harmed them.

So, what can prep schools do better? Where does this culture shift toward not simply diversity, but inclusivity begin? The students provide answers: “more diverse faculty,” “institutionalized support for cultural-affinity groups,” “equal efforts to connect with families,” “college counselors knowledgeable about financial aid,” “robust meal plans,” “action against racist students/faculty,” “translators” and more.

These are merely first steps in reimagining an equitable playing field for all students. These schools have a lot of work to do.

Jessica Herrera Chaidez is a 2021 graduate of Harvard University with a major in social studies with a focus on educational inequality through an economic lens and a minor in English. Her senior thesis explored the experiences of disadvantaged students of color attending the nation’s most prestigious prep schools, inspired by her own educational trajectory attending both public and independent schools in her hometown of Los Angeles.

Jessica Herrera Chaidez is a 2021 graduate of Harvard University with a major in social studies with a focus on educational inequality through an economic lens and a minor in English. Her senior thesis explored the experiences of disadvantaged students of color attending the nation's most prestigious prep schools, inspired by her own educational trajectory attending both public and independent schools in her hometown of Los Angeles.