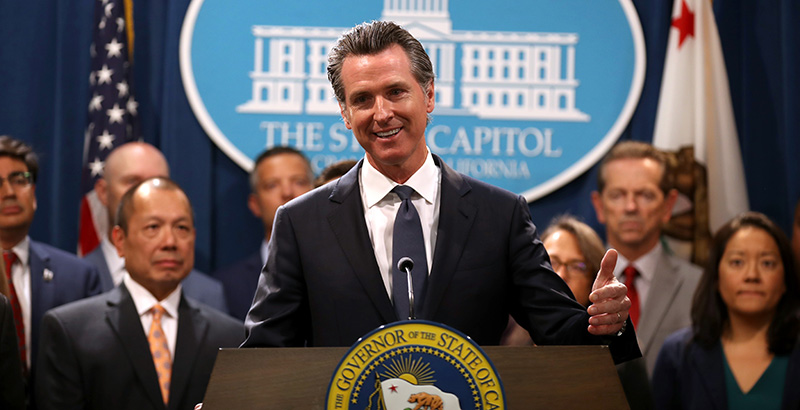 Students of civics might think the California state budget is crafted by the elected representatives of the citizenry, who debate and amend proposals working their way through various committees, ultimately leading to a spending plan with majority support and the signature of the governor.

All that happens, of course, but no budget makes it to the governor’s desk without at least the tacit approval of the state’s public employee unions. Since public education alone makes up a minimum of 40 percent of the state budget, the California Teachers Association has an outsize influence over the construction of that budget.

This has been true for at least the 27 years I have covered the union’s operations. In 2000, for example, then-President Wayne Johnson boasted to his members about how he had the governor and state legislative leaders on the phone with him, falling over themselves to place more money in the education budget, until Johnson finally relented at an additional $1.84 billion.

This year’s budget, however, rivals any previous examples of teachers union benefits sewn into state law.

Should deferrals become necessary, the state also authorizes school districts to transfer money from any account they hold to any other account in order to pay their bills. Money targeted for a specific purpose or program can be used for any purpose or program. Districts can also use the proceeds from the sale or lease of property for any general fund purpose.

One group has already sued the state on behalf of a handful of charter schools, though a victory would also benefit those traditional public school districts with growing enrollment.

Despite these major victories in the budget, the union already has its eyes on a bigger prize.

“We appreciate and recognize that this budget agreement averts immediate education cuts and thousands of educator layoffs, but without additional revenues, it also kicks difficult funding problems down the road,” said CTA President E. Toby Boyd, before launching into a pitch for the union-backed split-roll property tax initiative, designated as Proposition 15 for the November ballot. The measure would increase taxes on many commercial properties while leaving residential property taxes at current levels.

If traditional school funding problems have been kicked down the road, the state budget will steamroll over the funding of many California charter schools. I suspect the union sees this as a feature and not a bug.