Analysis — Beyond Achievement Gaps, a ‘Relationship Gap’: It’s Not Just What Students Know, It’s Whom They Know That Enables Them to Succeed 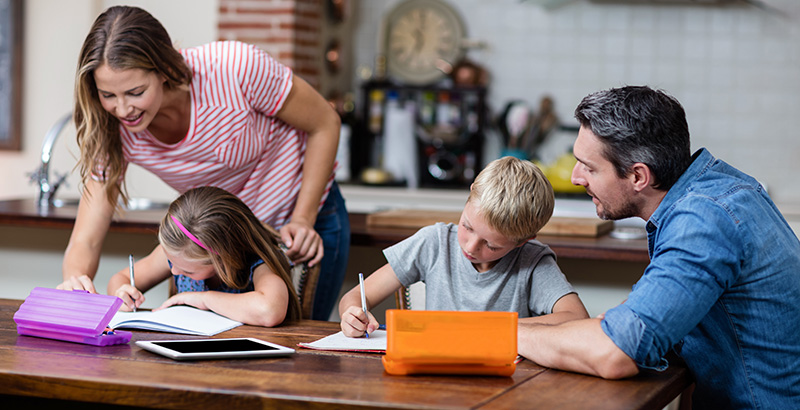 The NAEP scores released in April set off a flurry of headlines about the sobering state of achievement gaps across the nation. The general consensus? Despite pockets of promise, and slight declines in gaps by race, achievement data reveal that gaps by income have remained relatively flat, or uneven at best.

The news for young people on the wrong side of these gaps, however, may be worse. Measuring opportunity in terms of household income or school quality, as education reformers are prone to do, doesn’t paint the whole picture. Students today are competing on an even more complex playing field, one that’s often masked by statistics on income and achievement gaps. A well-resourced childhood introduces a whole new set of inequities between rich and poor students, and those whose parents have or have not earned college degrees: social gaps.

Gaps in students’ networks matter immensely in both immediate and longer-term measures. Research groups like the Search Institute have shown that developmental relationships drive everything from higher grades to persistence in school. Down the line, an estimated 50 percent of jobs come through personal relationships.

Depending on their backgrounds, however, children possess vastly different webs of relationships that they can tap into. If diverging income levels remain the starkest drivers of unequal childhoods, then relationships are arguably becoming the best-hidden asset in the modern opportunity equation.

First, over the past three decades, the amount of time that college-educated parents spend with their children has dramatically increased, relative to that of their less educated peers. Second, these more educated parents offer their children an additional social asset besides time: a disproportionately professionalized social network of their own. More educated parents know more people working in the knowledge economy; in fact, according to Robert Putnam’s analysis in his book Our Kids, college-educated parents on average have social networks that include at least twice as many politicians, CEOs, and professors than those who received only a high school education or less.

Third, as income inequality has grown, children from wealthy families are enjoying a boon in enrichment spending relative to their low-income peers. This investment gap helps explain startling disparities in access to informal mentors (a fancy term for adults like coaches, teachers, and parents’ friends gained through a student’s everyday life). Low-income young people report significantly fewer informal mentors — particularly beyond their family and neighborhood — than their wealthier peers. Putnam found that young people from the top socioeconomic quartile report nearly double the rate of adults from outside their family in their lives.

Unlike achievement data, most of this information is rarely collected on an annual basis, much less captured at a local or school level. But nascent efforts are afoot to give counties and states a sense of where their students and families stand. For example, Congress’s Social Capital Project tracks some of these metrics, such as family interaction, social support, and community health, at the neighborhood level. Other measures approximate the state of students’ individual networks regardless of family structure. For example, based on its recent finding that the more adults in a community, the more young people stay on a path toward academic success, America’s Promise Alliance, in partnership with Community Commons, has mapped adult:student ratios in ZIP codes across America.

Besides starting to pull back the veil on the data, what can schools start to do to tackle these gaps? One small but mighty group of innovators is setting out to shore up students’ networks along a variety of dimensions. Some are increasing students’ access to caring relationships by triangulating services among families, schools, and community-based agencies. Others are diversifying students’ weaker-tie connections — acquaintances beyond close relatives and friends who could offer new channels to the knowledge economy — by leveraging communications technologies that bring more relationships within reach. Although online connections may sound woefully shallow, they have a competitive advantage in overcoming geographic isolation or cost constraints that can limit students’ access to networks.

For those focused intently on NAEP scores, fear not. Social capital — whom students know — and human capital — what they know — are inextricably linked. For example, investing in students’ networks of caring adults to strengthen family-student and student-teacher connections can boost academic outcomes. And connecting academics to real-world adults can increase authenticity in classrooms, in turn boosting student engagement.

The current patchwork of data of social connections is clearly imperfect compared with analyses of standardized test scores. But it starts to paint a portrait of social gaps emerging alongside academic ones across the country. So next time we find ourselves awash in data on achievement gaps, we should pause to ask the following question. Yes, we increasingly track what students know; but do we know whom they know?

Julia Freeland Fisher is director of education research at the Clayton Christensen Institute and author of the upcoming book Who You Know: Unlocking Innovations That Expand Students’ Networks.