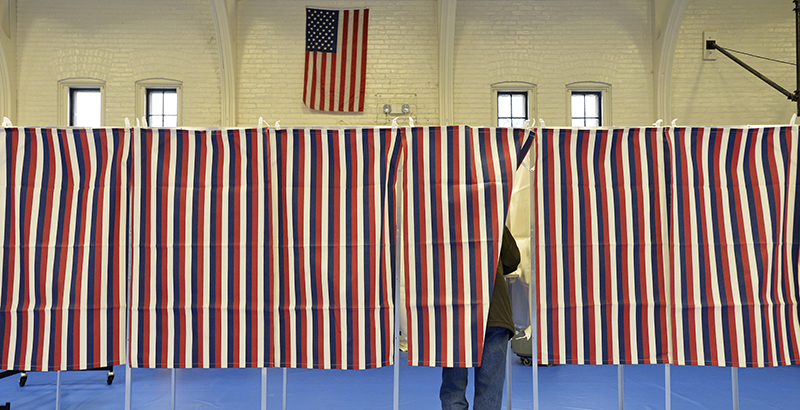 The American K-12 school system is at a breaking point, enabled, in many ways, by misguided Trump administration policies. Now, with Congress having confirmed the outcome of the presidential election and the Senate holding a confirmation hearing for a new education secretary, new leadership at the U.S. Department of Education is on the way. Still, students across the country are organizing to ensure that the school system improvements they need to thrive academically will come after the Biden-Harris administration assumes office.

Millions of students aren’t learning amid the pandemic because there isn’t a national solution to provide access to adequate internet or devices, especially in disadvantaged communities. Teachers are struggling to re-engage students while navigating the new terrain of hybrid learning models. Black, Indigenous students and students of color are most impacted by these and other challenges making it harder to teach, and learn. Yet, during his campaign, the president-elect never articulated a strong vision for addressing these problems in his first 100 days.

Voters didn’t demand such a vision because education isn’t a priority issue in our elections. In last year’s presidential campaign, only 10 percent of voters cited education as a priority, while nearly half cited the economy and unemployment.

Students are trying to change that, and are asking voters to help them ensure that education isn’t forgotten in the next political cycle.

Last year, a group of two dozen student leaders from across the country set out to finally establish education as a top priority in America. They created a campaign called Raise Your Hand, with support from Our Turn, that built a coalition of students, adults and social justice organizations. Utilizing the hashtag #RaiseYourHand, young people and allies shared their vision for public schools on social media and called upon the public to support a national student agenda — an ambitious vision for how to structure an education system that is responsive to students’ needs.

The agenda is intended to guide voter decisions about education now, and into the future. These activists, mostly students of color and lesbian, gay, bisexual, transgender, queer and intersex students, are armed with their diverse experiences and the knowledge from having led local campaigns for educational justice, engaging over 1,000 students annually as organizers and participants in campaigns for systemic change. They are seizing upon a new opportunity for change, ushered in by an increase in our national focus on the inequities that disenfranchised communities struggle to overcome every day. Rather than reacting to the plans of politicians and administrators after budgets have been determined and resources allocated, students are setting a new standard for the future of education. It manifests through grassroots organizing campaigns that lead to student-first policy changes, such as redistributed police funding in districts and expanded mental health supports in schools.

Those campaigns elevate best practices for action, which are fueled by students building support for their demands for education. Through the Raise Your Hand demands, students envision a future for K-12 education that all political leaders, and the voters who elect them, should be seeking. Here’s what they recommend.

2. Transform broken K-12 school practices and outcomes through culturally relevant curricula for Black and Indigenous students and students of color; student-driven accountability standards such as evaluations of teachers and instructional effectiveness that include the results of student surveys; and reimaged classroom protocols to facilitate student growth through lenses such as community cultural wealth.

These demands represent a transformative change in K-12 schools by addressing the trauma that racism has imposed on students of color and protecting the social-emotional well-being of all students, so they can focus on learning. Additionally, they serve as a blueprint for making education a priority and holding elected officials and administrators accountable. As voters, if we support the voices and demands of students, and keep them at the forefront, we can generate greater urgency and collective commitment to reimagine our schools.

As the father of a 2-year-old son, I embrace the opportunities that foster his growth; opportunities that derive from community. It’s a community founded on the belief that the education of the child down the street affects my child. My child’s education affects that of another. Education is a universal issue, period. The success of our schools should be a priority for every American because the pursuit of happiness begins with equitable education. If we can own that universal belief, we can hold politicians accountable and create a system that provides a high-quality education to all students.

We are living in an unprecedented moment, precipitated by the pandemic and polarizing politics. This moment has catalyzed a national reckoning on our nation’s racist past, which has implications for how we, as voters, shape the future with and for young people. With renewed focus on our values, Americans should demand that President-elect Joe Biden’s administration prioritize the above demands. Superintendents, principals and philanthropists must listen to students before advancing any changes to the school system.

Young people are the caretakers of tomorrow. Let’s become education voters and make our schools and young people top priorities listening to, and elevating, the voices of millions of students. That is how the ambitious vision the “Raise Your Hand” campaign lays out will become reality. We must get it right before the next election.

Mohan Sivaloganathan is CEO of Our Turn, the nation’s leading movement of students fighting for educational equity

Mohan Sivaloganathan is CEO of Our Turn, the nation's leading movement of students fighting for educational equity.