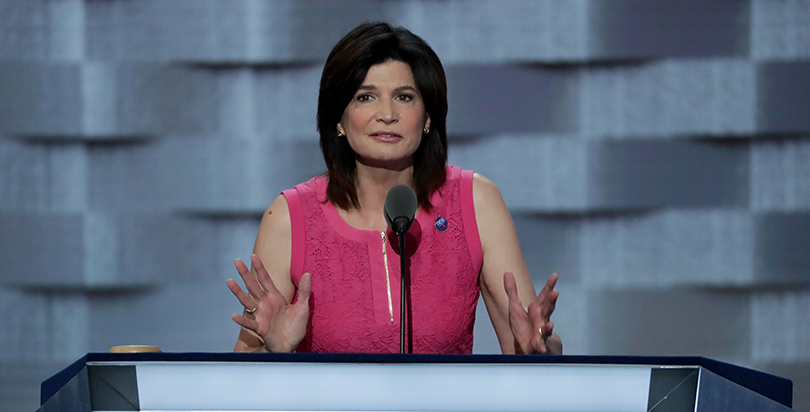 The National Education Association is not only the nation's largest union, it is also a major commercial enterprise. Its national headquarters controls an annual budget of more than $365 million. Its state affiliates take in an additional $1.2 billion, and the sum total collected by its 13,000 local affiliates can only be guessed at.

How this money is spent is not just a concern of NEA members. The union influences policies, debates, and attitudes about public education and labor in every state and school district. It affects state and municipal budgets and therefore the wallets of almost every American.

The NEA's Strategic Plan and Budget, adopted by union delegates during a Washington, D.C., meeting last month, provides some insight into what that will mean in the coming years.

The broad goals are made clear in the introduction:

As we evaluated our internal capabilities as well as the external opportunities and threats, two main issues emerged. One, the need to win the race to capture the hearts and minds of parents, communities, and educators; the other was the importance of re-building the Association’s strength— our vast network of members at all levels of the public education system.

The use of "hearts and minds" is suggestive. Though most closely associated with the Vietnam War, it was popularized during the 1950s by British forces who hoped to maintain support in Malaya (later Malaysia), long under their control, as they fought a guerilla army trying to establish a Communist regime there.

In this context, the expression suggests the NEA’s vital mission is to grow membership and win the public perception debate against a group of insurgents — education reformers.

But how to do this?

Because NEA is a national organization based in Washington, D.C., most reporting of its activities covers federal legislation; national elections; and overarching issues like teacher quality, charter schools, or the Common Core standards. Although NEA is known for both its direct and independent expenditures on federal campaigns, ranking among the top contributors to Democrats, that's not where most of its money goes. The states are where NEA dollars are truly formidable.

NEA plans to spend $36 million this year to "seek political and legislative outcomes that support great public schools and sustainable organizational power," to "target legislative crisis and ballot measure assistance to defend and bolster traditional union values (e.g., collective bargaining rights)," and for opposition research for "NEA and affiliates to utilize in offensive and defensive campaigns."

We already know of NEA's $1.4 million contribution to oppose the lifting of Massachusetts' cap on charter schools, and there are affiliate-supported ballot measures in California and Oregon. Those expenditures don't convey the full scope of NEA's strength in states and school districts., however.

Each year the national union returns $102 million to state and local affiliates in the form of what are called UniServ grants. These funds are used exclusively to employ professional organizers, contract negotiators, grievance processors, and political advocates. This ensures that even the tiniest local in the remotest area of the country has access to a labor expert — a valuable subsidy for affiliates who could not otherwise pay for the salaries and benefits these experts demand.

There is a cost, however. In exchange for the grant, affiliates must support NEA's priorities and actions. Sometimes this requires lending these experts to NEA for temporary redeployment to other states if the national union determines there is a pressing need. The UniServ system not only enables NEA to bring exert significant influence even in unfriendly states, but it also helps ensure that affiliate leaders don't flirt with unorthodox notions concerning charters, teacher evaluations, or the traditional salary schedule.

The NEA uses third-party validators extensively to spread its message. But some of these validators aren't third parties at all. For the 2004 Presidential election, NEA created and funded Communities for Quality Education, a purportedly independent group that ran ads and organized publicity stunts against the No Child Left Behind Act. CQE never revealed its NEA pedigree.

This kind of manipulation backfires for advocates when it creates doubts about the integrity of the advocate’s relationships with other surrogates, which seems to happening with the NAACP's recent call for a moratorium on charter schools.

The starch in NEA's approach comes from its ability to ally with non-union or even anti-union constituencies in demanding local local control of public education — while building out a structure and allocating funds to control local school systems as directed by its national office.

It's a lot easier to “win the race to capture the hearts and minds" if you have a head start.