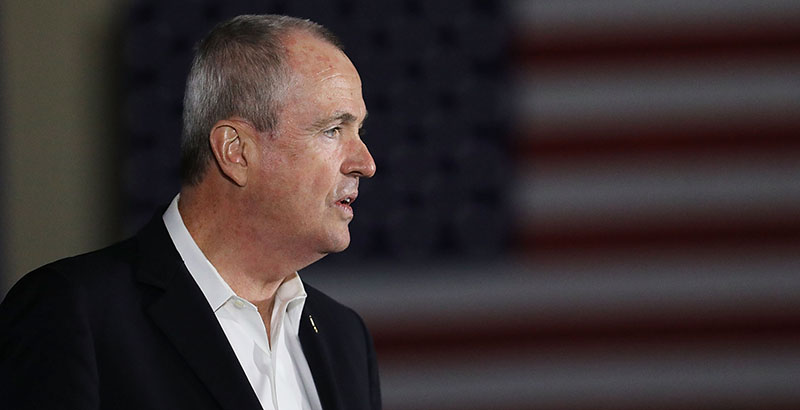 Murphy’s problem is that the first two promises are mathematically impossible and the second two will hurt parents and schoolchildren, particularly those trapped in low-performing districts. Yet if he has the aptitude to widen his vision beyond the myopia of special interests, he just might be able to steer New Jersey toward a path that leads to more solvent, more equitable, and higher-achieving public schools.

This year, New Jersey is spending $20,385 per student, but the New Jersey Education Association — the state teachers union — and affiliated lobbying groups insist that this is inadequate, based on the state’s inability to comply with a 2008 law called the School Funding Reform Act. The act contains detritus from a series of state Supreme Court Abbott rulings that, a quarter-century ago, tried to remedy a regressive system that based school funding on municipal wealth.

New Jersey is far more progressive now — state taxes compensate for much funding inequity — but there’s a problem: No governor has ever been able to come up with the cash to fully fund the act. To do so would require an additional $2 billion a year on top of the $8 billion the state already spends on public K-12 education. (For context, the entire state budget is $34.7 billion.)

Murphy promised NJEA he would fully fund the act by passing a millionaires tax, eliminating a loophole that allows corporations to shift profits to lower-tax states, and legalizing marijuana, to theoretically boost state revenues. These legislative moves, he announced during his campaign, would bring in about $1.5 billion a year — enough, he reasoned, to “immediately” put full school funding in place.

But then President Donald Trump signed a tax bill that slams wealthy blue states by capping property tax deductions at $10,000. This new wrinkle undermines the Legislature’s ability to pass that millionaires tax; thus, state Senate President Steve Sweeney told The New York Times that he had “pressed the pause button” on that projected revenue.

A 2016 study commission predicted that the pension system will go broke in 2027 unless gold-plated benefits packages are scaled back, union members contribute more to health care and pension premiums, and the Legislature enacts various reforms. As a further insult, last month the state treasurer calculated that New Jersey will make less on its pension investments than previously assumed, which will increase the pension bill for 2018 by more than $800 million.

In this case, failure is not an orphan but has many fathers. Two decades of governors and legislative leaders, both Democratic and Republican, used budgeting gimmicks to bypass full payments, kowtowed to union leaders (example: in 2001, Acting Gov. Donald DiFrancesco gave state employees 9 percent increases in pension payouts by inflating the value of available funds), and failed to muster the will to convert extravagant defined benefits plans to sensible ones.

Murphy knows this because in 2005 he chaired a Benefits Review Task Force that issued some milquetoast recommendations like, “some sacrifices on the part of all stakeholders is reasonable.” But these suggestions were barn burners compared with Murphy’s platform of either meeting or beating outgoing Gov. Chris Christie’s most recent half-funding of pension payments, part of a plan to increase contributions by one-tenth each year until full payment, about $6.3 billion, is reached by 2023.

There’s just no way around it: Murphy was right 13 years ago and wrong during his gubernatorial campaign when he pledged to NJEA that he would “impose no cuts without union consent at the bargaining table.”

“I’ll give you the one-sentence answer: Scrap PARCC Day One,” said Murphy during his keynote address at the 2016 NJEA Convention. His campaign website called for ending “the era of high-stakes, high-stress standardized tests” while still abiding by federal requirements for annual assessments.

A little context: New Jersey was gobsmacked by outcomes on standardized tests that aligned with content standards. The state’s old easy-peasy tests had created the pretense that 90 percent of kids were “proficient” in language arts and math — but that bugbear called PARCC made clear that fewer than 50 percent actually are. The truth hurts.

But let’s neither shoot the messenger nor resume lying to ourselves and our kids about college and career readiness, especially since PARCC scores increase every year because New Jersey’s students are learning up-to-date course content. If Murphy really wants to convene a task force to create statewide formative assessments, that’s fine. But the process is lengthy, and students, under federal law, must be tested this spring.

One can see the appeal of eliminating the high-stakes graduation requirement of passing standardized tests in reading and Algebra 1. But, NJEA horror fiction to the contrary, PARCC is no-stakes for kids and almost no-stakes for teachers and school districts: Last year, 98.4 percent of teachers were labeled “effective” or “highly effective.”

Murphy can actually fulfill this promise, because while the governor can’t magically conjure up cash or a brand-new assessment, he can ignore the fierce urgency of need for families who lack the resources to move to districts where granite countertops come bundled with great schools. This makes this “pause,” to me, the most worrisome part of his education agenda.

I invite Murphy to tour public charter schools in cities like Newark and Camden, an experience that would change the heart and mind of anyone who cares about children.

And I’d advise that he listen to voices besides those representing anti-charter organizations.

Former Democratic State Committee chairman Thomas Byrne: “You can study an issue [like charters] without a moratorium.”

Chris Cerf, outgoing superintendent of Newark Public Schools: “I trust that as a Democrat, the party that stands for racial justice and equality of opportunity, he will see that the right question is whether a public school is successful and equally available to all, not how it came into being.”

Star-Ledger editorial page editor Tom Moran: “The question is whether Murphy stands with orthodox liberals like the unions and the NAACP — or with the party’s more progressive voices on education, like [former President Barack] Obama.”

Murphy has the opportunity to improve New Jersey public education. But to do so, he must adapt his fantastical campaign promises to the realities of governing and the needs of children.

Please, Governor, get real and just do the math.