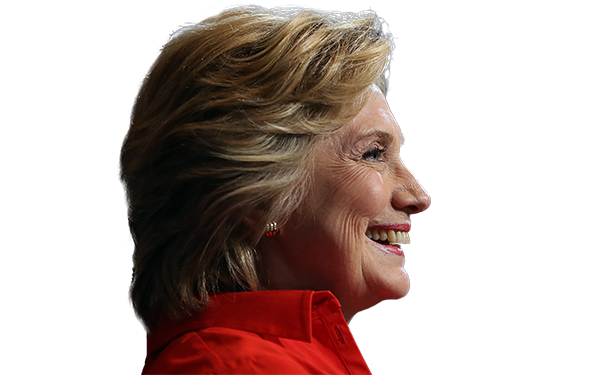 Mike Antonucci's Union Report appears Wednesdays; see the full archive.
As Hillary Clinton officially accepted the Democratic Party's nomination last week in Philadelphia, the teachers unions moved one step closer to getting what they have desired for many years. The American Federation of Teachers endorsed Clinton in 2008, and only the efforts of then-president Reg Weaver — an Obama supporter — prevented the National Education Association from following suit.

But now the day has come. With the GOP nominating a very unconventional candidate, to say the least, the unions now have reason to believe that their preferred candidate will be the next President of the United States.

President Obama signed the Every Student Succeeds Act (ESSA) into law last December, ridding unions of the hated No Child Left Behind Act, but also taking off the table the most urgent federal K-12 education issue. As a result, schools have taken even more of a backseat in the 2016 campaign than in previous cycles, leaving most of us in the dark about what to expect on education from a 2017 Clinton administration.

Of course, the NEA has its hopes and dreams, many of which may indeed come to fruition if Clinton wins. From the top down, here is what NEA expects:

A "goalie": Even in the rosiest scenario, the next president will still face a Republican-controlled House of Representatives, so the NEA will first want President Clinton to wield her veto pen and stop legislation detrimental to the union's interests. NEA president Lily Eskelsen García used the goalie analogy in issuing talking points to explain the union's primary endorsement of Clinton, but had also used the term years ago to describe President Obama's role.

A pliable Secretary of Education: NEA activists hated Arne Duncan, famously demanding his resignation, but he served a purpose as their high-profile whipping boy. His presence allowed the union to denounce President Obama's education policies without denouncing Obama himself. Both NEA and AFT see the symbolic value in having an "experienced educator" hold the position, but they will be realistic and pragmatic about it. For one thing, teaching fifth grade and running a federal bureaucracy are (I hope) two different skill sets. Second, an experienced educator with his or her own creative ideas about running the Department of Education could be a loose cannon. Naturally, nominating anyone with even the flimsiest of connections to the education reform movement would not earn the NEA’s support. A model for the type of relationship that the NEA favors exists in California. State Superintendent of Public Instruction Tom Torlakson owes his position almost entirely to the California Teachers Association, who backed him in his election and put him over the top in a tough reelection campaign in 2014. He has never taken an action that has drawn criticism from the state's teachers' unions, and has been actively helpful to them on more than one occasion. A U.S. Secretary of Education who simply stays out of the union's way, and lends a helping hand when needed, would be much more useful than a firebrand or a crusader. A below-the-radar-type nominee would also face less vigorous GOP opposition, should Republicans retain control of the Senate.

A friendly interpretation of ESSA: Current Secretary of Education John King Jr. was never a favorite of the unions, but his recent efforts have only increased their animus. Simply put, King wants stronger federal regulation of ESSA's provisions than the unions are willing to tolerate. Having cut the No Child Left Behind strings, the unions want ESSA to be molded by local and state decision-making committees, in which they will participate and hope to dominate. Soon after ESSA was signed into law, NEA allocated $5 million to train its activists on both the law and the union's priorities in implementing the law. A U.S. Department of Education with its own ideas and priorities would undermine that effort and introduce a level of uncertainty into the NEA's strategy.

Of course Republican state legislators and some reform-minded Democrats also wanted the federal strings cut, and they have their own ideas about the best way to operate in the post-NCLB world. But they are unlikely to share the unified vision, or the centralized allocation of resources, that a vast organization like the NEA can bring to bear.

The ultimate goal is to shift the federal government's emphasis away from standards-based reforms and assessments towards the union's opportunity dashboard of inputs. The NEA is keenly aware that the federal law which helped launch the standards movement and institute support for public charter schools was the Improving America's Schools Act of 1994, signed into law by President Bill Clinton. The union wants to be sure that a second President Clinton, in a fit of energy, doesn't give its activists another cause for regret.

Hillary Clinton speaks at the National Education Association in July: