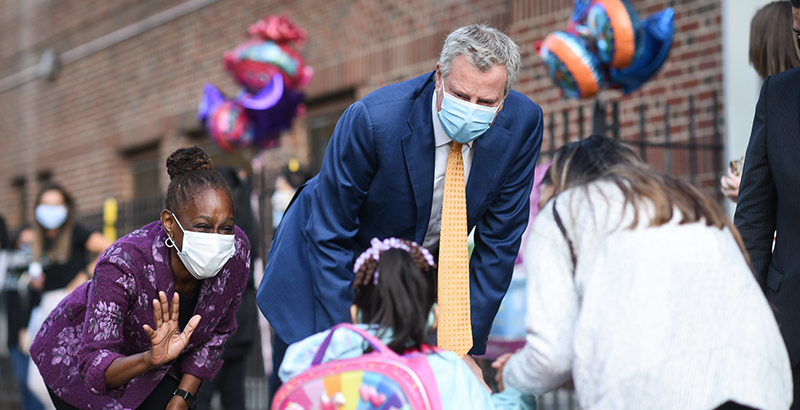 Mayor Bill de Blasio’s decision to end New York City’s gifted-and-talented program presents education advocates, policymakers and — as de Blasio is term-limited — his successor with an opportunity to rebuild the program in a way that better serves working New Yorkers, and provides opportunity for kids who need it most.

Even advocates for the current system will admit its myriad flaws. The word “gifted” implies that even before kindergarten, some students have inborn genius and others don’t. This itself seems dubious, but not as dubious as the idea that a single test given at age 4 could identify these children — or that 75 percent of them would be white and Asian. In the 2018-19 school year, half of the city’s gifted programs did not enroll a single Black student.

These numbers reflect the fact that, as in any system, families with resources and privilege can take advantage. Parents who could afford tutoring, who had extra time to spend with their 4-year-olds and who could hunt down prep materials could give their kids a better shot. This, much more than innate ability, is the “gift” these children have.

But these children were not the only beneficiaries of G&T. For many working or low-income parents — including Asian families, who have the highest poverty rates in the city — G&T is a way for their children to achieve the American Dream. Lots of families with extremely limited resources put them toward G&T prep, investing — quite literally — in their children.

Many more families in poor and working-class neighborhoods have been unable, for various reasons, to access G&T programs. But they, too, want better for their children — witness the influx of students into charter schools. Fortunately, there is a way to provide accelerated education to those who want it and can’t afford to pay for academic enrichment outside of the school day: tutoring.

What has been mislabeled as “gifted” is really, in almost all cases, “time on task.” Charter schools learned long ago that the best way to improve student outcomes is to expand the school day, lengthen the school year and ensure that as little time as possible is wasted. While tutoring has mostly been discussed as a means of catching students up from pandemic-induced learning loss, it can also be leveraged to provide the same end.

$6.9 billion in federal stimulus funds city schools are receiving, every child in grades K-2 attending a Title I school could be provided with two hours weekly of optional, free, enrichment tutoring. Current education undergraduate and graduate students, substitute teachers and others could provide the service, creating a pipeline of educators to feed into the system. Most children already have school-issued computers from the pandemic; devices could be distributed to those who don’t. With a large enough pool of tutors, every family would be able to select the hours that work best, so parents could be involved as well.

This would be a far better use of resources than the alternative de Blasio proposed: training already-overburdened teachers in accelerated education. Differentiating instruction — teaching students who are at different levels at the same time — is an incredibly difficult skill that takes years to master. The idea that it can be successfully implemented for 4,000 teachers next year strains credulity.

Many working families see G&T as a ladder out of a system in crisis. Parents know that many schools are not working for their children, and they demand better. They deserve to have the accelerated learning they want for their children. It can be focused, efficient and effective. Let’s hope that, come Jan. 1, New York City has a mayor ready to roll up his sleeves and do this work on behalf of kids.