All Hands on Deck: How a North Carolina Elementary School Supports the Whole Child 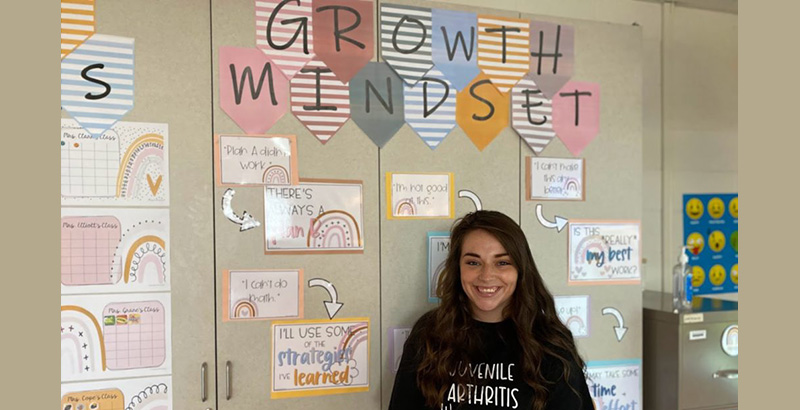 At the beginning of this year, Principal Sandra McMahan and Vice Principal Crystal Parker of East Franklin Elementary in Macon County moved in together — at school that is. The two consolidated their individual spaces, making the conference room their new office together. This move frees up another room for necessary school resources.

Parker’s former office became the space where the school psychologist and occupational therapist meet with students in private. The Macon County Department of Social Services (DSS) also uses the room, as does the new in-house mental health professional, and other visiting supports for the school.

McMahan doesn’t think of the move as a sacrifice at all. “We are more of the roundtable type, instead of behind-the-desk type people. We like to sit around the table and do the work,” she said with a laugh.

McMahan and Parker combining offices may be not a big deal to them, but it represents something larger at East Franklin Elementary. Leadership, educators, and school resource staff are all on the same team, supporting one another, and doing whatever it takes to create a safe and successful environment for students.

This school year has again been a difficult year for students and staff due to the COVID-19 pandemic. For kindergarteners, first, and second graders, they haven’t had a school year that didn’t include altered schedules, face masks, and social distancing. These stresses come out in a lot of different ways, as staff members at East Franklin attest.

Separation anxiety is more prevalent, and is occurring with older students, which was previously not as common.

Leaving home and coming to school can feel like the largest hurdle, said school counselor Adrianna Yonce, and this challenge happens before class even starts.

McMahan and her staff saw the need for more help, so with their Elementary and Secondary School Emergency Relief (ESSER) money, they were able to create a position for an in-house mental health professional, Natasha Moore. The funds cover the job for three years and McMahan is hopeful the benefits will be clear and the school will find a way to keep the position past the initial planned period.

“We are kind of building the ship as we go,” said Younce. And while the waters have been rough, it seems like the boat is staying afloat, and helping students at the same time. 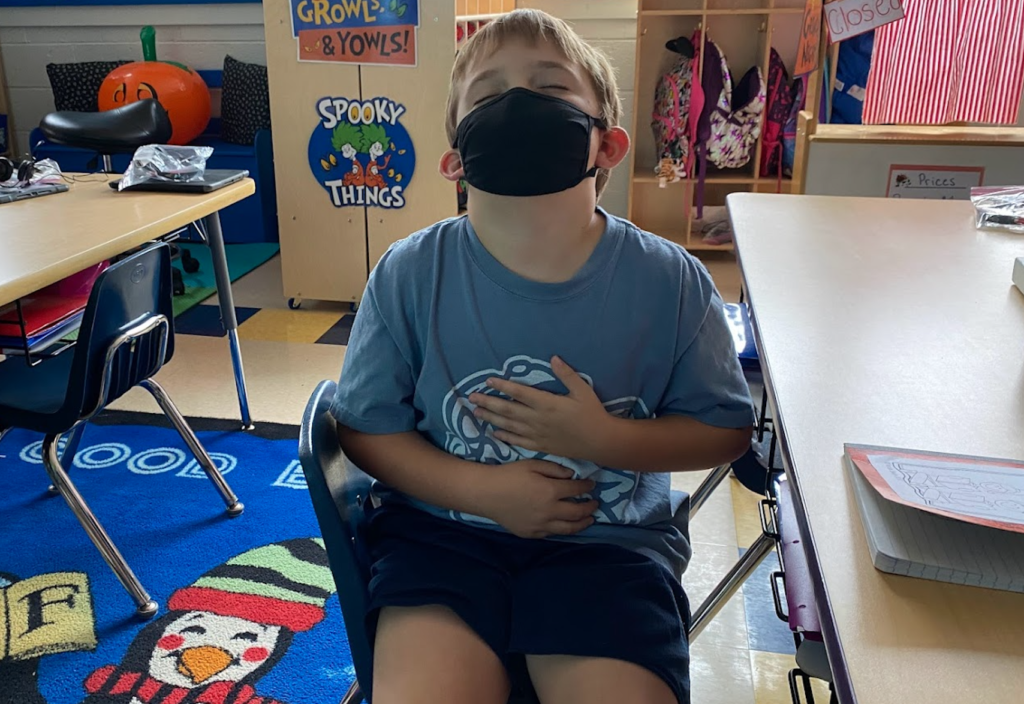 A new position, at work

The first thing Moore did was head into classrooms with students. These observations have informed her work, as she develops strategies and interventions with educators. She also attends meetings with parents and families, helping provide support for the teacher and suggesting skill-building exercises families can practice at home with their student.

She doesn’t just observe in classrooms, she hangs out at recess, attends physical education class, and surveys lunch time. Those social times have been some of the hardest, McMahan said, because students have maybe forgotten how to make a new friend.

Moore also works tightly with Yonce, the school counselor. This is Yonce’s first full year at East Franklin. She knows that if a child’s emotional needs are not met, success in the classroom is very difficult.

“We just try to make sure that we’re meeting not only their academic needs, but social emotional needs. It’s like [if] the hierarchy of needs, and the basic needs aren’t met, there’s no way that they can keep moving on up the ladder. So we’re just trying to be a safe place,” Yonce said.

Growing up, Yonce assumed if you went to see the school counselor, you were in trouble, and she wants to make sure students don’t feel that way. In order to come across as that kind of resource to students, she has classroom sessions, small group gatherings, and individual meetings.

The small groups Yonce and Moore meet with have different characteristics. One group of students is dealing with similar anxieties. There is a group focused on zones of regulation, working on identifying how they feel and learning the skills to help themselves handle those feelings.

She also has a new student group and a fourth grade ambassadors group that gives leadership roles to those older students. The ambassadors help with kindergartners, deliver food bags to students who take them home over the weekend, and handle raising the flag in the morning, among other things.

Yonce says the extra help given by Moore has been tremendous this year. With another adult able to deescalate situations, answer the radio, and help run small groups, the social and emotional needs of the students are being prioritized.

“It’s been amazing to have just so many people that truly care for the kids, and are so involved and want to make sure that they’re safe and that their needs are being met. And it’s been awesome to have this team to work with. You can’t find that everywhere.”

As we walk around school, McMahan guides us to Mrs. Worley’s second grade classroom to witness a typical “transition” exercise. When her class changes subjects, from math to English, or if they have a “special” (art, music, STEM, etc.), or any other shift of energy, Worley takes a moment to help ground her students.

Worley has been doing this exercise for years, and it falls in line with East Franklin’s approach. These second graders need little encouragement and immediately get in position to do their special breathing. She said “to get our neurons growing,” we put our feet on the floor, hand on the heart, hand on the stomach, and breathe.

East Franklin’s School Resource Officer (SRO), Tom Pruett, has also taken on an unexpected role to help support students, and build the ship — literally. Pruett began his career in law enforcement in 1984, and has taken on other jobs since. He built houses for about 10 years in the early 2000s, and eventually retired from work in insurance. When he retired, he asked the Sheriff if there was any need for him.

He has worked as the SRO at East Franklin Elementary for four years (they share him with another school as well), and his construction skills have come in handy. In this time, he has put in floors, created “calm down” rooms, busted through walls, and put them up. We visited the computer lab where Pruett put in a wall to create another space, which is now used by a teacher for exceptional children.

Pruett built a closet for art storage, but then transformed it to be a calm down space where educators can work with a student in need of special attention. He has laid down tile in three different classrooms.

“He is far above and beyond what a school resource officer could ever be,” McMahan said.

This type of teamwork and all-hands-on-deck attitude is everywhere at East Franklin Elementary. McMahan said that last year it felt like at each time you looked up there was an obstacle — but this is a group of people that won’t quit.

“I think you’re talking to a group of people though that when we are faced with a challenge, we will work together and find a solution,” McMahan said.

Caroline Parker is a multimedia storyteller for EducationNC. She covers the stories of rural North Carolina, the arts, and STEM education.