After Years of Squashing School Choice in Texas, the Speaker of the House May Be Singing a Different Tune 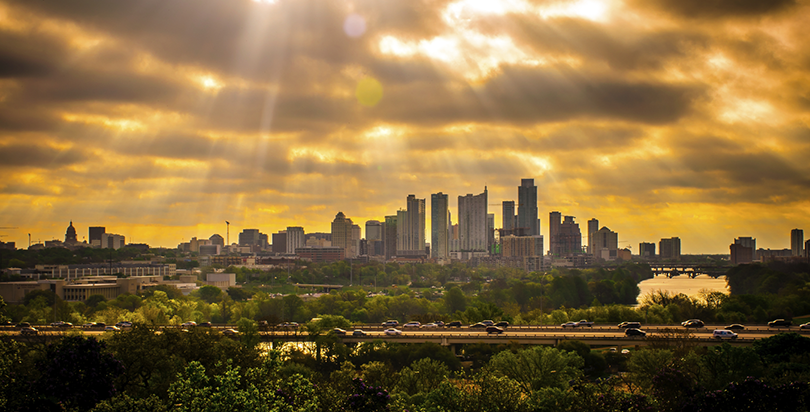 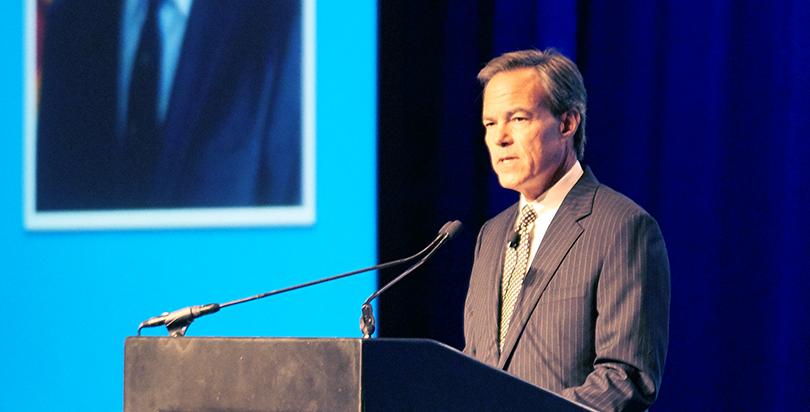 Texas Republican Joe Straus, speaker of the state House of Representatives, addresses hundreds of educators at the annual conference of the Texas Charter Schools Association in October 2015.
Photo: Adam Sear

In explaining House lawmakers’ routine resistance to such measures, Straus’ critics in the reform camp point to one of his major supporters, billionaire businessman and union ally Charles Butt, CEO of the grocery chain H-E-B.

Charles Butt is a long-time supporter of public education. His investments in Texas public schools include millions of dollars distributed through H-E-B’s philanthropic arm to distinguished public school educators and districts as part of the annual Excellence in Education awards.
The founder of the supermarket empire Butt now runs was herself a former school teacher. His grandmother, Florence Thornton Butt, earned a college degree in the late 1800s when very few women did and taught school before opening a small grocery store in Kerrville, Texas to support her ailing husband and their children.
Since 2005, Charles Butt has contributed nearly $1.4 million to the Texas Parent PAC, the fundraising operation that primarily supports state lawmakers who’ve shown commitment to championing traditional public schools and protecting taxpayer funding for them. Parent PAC, in turn, has doled out campaign donations to Straus, Aycock and others who sit on the education committee and the powerful calendars committee, which schedules hearings and votes on bills coming up through the system.
Butt’s individual donations to Straus via the super PAC Texans for Joe Straus (not including other potential donor streams) total $183,100 since 2005, public records show.
Straus has deep pockets — $8 million in the bank, the Texas Tribune reported in July. Voters in his home district in Bexar County, including a sizeable number of Democrats, have consistently re-elected him to serve a constituency that’s generally whiter, wealthier and better-educated than the rest of the state and the city of San Antonio, the county’s urban core. That stands in contrast to the mostly low-income communities of color that are yearning for access to schools of choice in Texas’ cities.
Butt has also been generous to Rep. Todd Hunter, the chair of the calendars committee, and Rep. Eduardo Lucio III, the vice chair. He’s donated $85,000 to Hunter and $26,500 to Lucio, who essentially control when and if a bill crosses the threshold from committee to the House floor.
As Speaker Straus gears up to seek re-election to a fifth term — and faces an unusual opponent in former San Antonio Tea Party board member Jeff Judson — some in Texas’ urbanite pro-education reform circles say he seems to be warming to their demands.
He may have even acknowledged as much himself in his remarks at the charter association conference this fall. “With our state growing so rapidly and with our economy becoming more diverse by the day, we need schools that embrace fresh thinking,” he told the audience. “And with so much at stake, we also need schools that are transparent with parents and transparent with taxpayers. Charter schools succeed because you are both innovative and accountable. You embrace new ideas and you understand that taxpayers have a right to know how you are putting their money to use.”
He also assured them that, as the latest iteration of Texas’ school finance lawsuit winds its way through the courts, lawmakers will continue to consider reforms to the system and “you all will certainly have a seat at that table.” (Aycock’s school finance-reform bill failed to gain traction last spring.)
The lawsuit was filed in 2011 after the state slashed education funding by $5.4 billion, post-recession, by coalitions of hundreds of public school districts that mostly serve minority children in low-property-tax areas. They argue that the state system doesn’t properly fund schools and that it inequitably distributes the aid it does supply. For the first time in years of related litigation, the charter sector got involved in this fight (Texas Charter Schools Association is a plaintiff), with an eye on winning facilities funding.
Back in the Marriott ballroom in San Antonio in October, it was likely that some of the same charter school educators listening closely to Straus were among the hundreds of school choice supporters who had rallied on the steps of the state Capitol, and visited his office in Austin just 10 months earlier, as the 2015 legislative session opened.
At the time, the ralliers (organized in part by the Texas Charter Schools Association) had high hopes of persuading Strauss, Aycock and other members of the Republican leadership that their education reform measures deserved urgent attention.
They went home disappointed as the session ended with few gains. But the appointment last month of a new, reform-minded state education commissioner, Mike Morath, could signal an opening for school choice in the upcoming 2017 legislative session, as could the eventual replacement of Aycock as House education committee chair.
Aycock remains on the state payroll through 2016, though he has already shuttered his official website, released key staff members and has made it no secret on social media that he’s eager to retire.
Texas lawmakers are elected to serve two-year terms but they officially convene in Austin every other year, using the interim or “off” year for research and committee hearings on potential agenda items (not to mention campaigning). 2016 is one of those “off” years, and Straus has directed the House education committee — under Aycock’s waning leadership — to use it to study up on school choice programs in other states and examine how one might work in Texas.
Lawmakers should "recommend whether an expansion of school choice in Texas is needed, and suggest ways to ensure that any school receiving public support is held accountable for its academic and financial performance," the Texas Tribune reported in November.
Coupled with Gov. Greg Abbott’s December appointment of Morath — a former Dallas school board member credited with championing a public school choice initiative and a teacher evaluation system that ties compensation to performance rather than seniority — reformers may have reason to renew hope.
In fact, Texans for Education Reform Chairman and Board President Florence Shapiro went so far as to deem the governor’s choice “visionary” in a statement the day of the announcement: “Mike (Morath) makes academic achievement a priority at Dallas ISD and works tirelessly to assure that decisions focus on what is best for children in our public schools,” Shapiro said. “This is a visionary appointment by the Governor and we believe it is monumental for students, families, and educators in Texas.”