After Saying It Would Go Above and Beyond to Educate Its Foster Care Students, Indiana Unveils a Plan That Is Little More Than Bullet Points 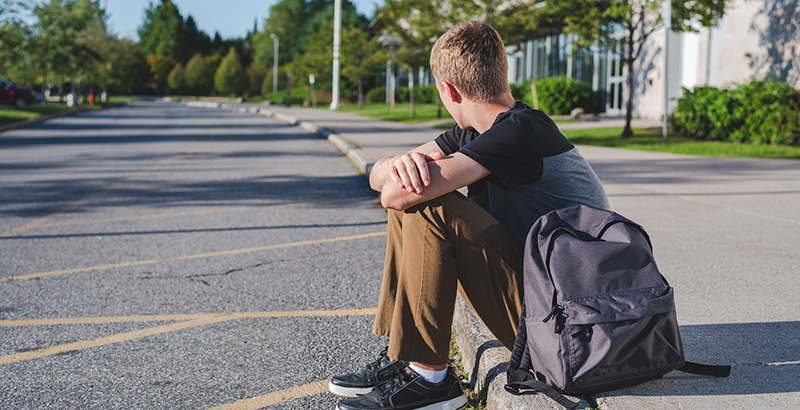 Others were shocked, but not foster parents like Kristi Cundiff.

Cundiff had seen how challenging it was for her students to receive an uninterrupted education while dealing with the trauma of moving between families. For several years, Cundiff took care of 20 young adults ages 18 and older who were working to get their high school diplomas. Only 1 of the 20 actually did, she said.

The same Indiana law that called for the first-ever release of the distressing outcomes also demanded that the state create a remediation plan, explaining how it could better serve foster youth. The Indiana Department of Education was supposed to create and share the report with the Board of Education by June 30, according to the law. But at a July 10 state board meeting, what was presented was only a shadow of what some said they expected.

“So this is just bullet points?” board member Pat Mapes asked.

“This is bullet points,” said Robin LeClaire, director of school improvement at the Indiana Department of Education. “This is the road map to create a broader scope of work.”

Indiana has one of the largest populations of children in foster care in the country, with 32,000 served in the 2017 school year. The state’s foster care population has increased 59 percent over nearly 10 years, the second-highest increase in the country, according to the most recent data from the Adoption and Foster Care Analysis and Reporting System. Some attribute the increase partially to the opioid crisis.

With its 2018 law mandating that a large swath of data be collected on foster care students — including suspension rates, expulsion data and how many foster youth attend failing schools — Indiana went a step beyond the federal Every Students Succeeds Act. The K-12 law requires that states gather graduation rates and test scores for foster care students for the first time.

Indiana made itself a national leader when it released the April report summarizing such a deep data collection, but some advocates and state officials say the follow-through has not been as exemplary, including a failed promise to have the remediation plan in place at the beginning of the 2019-20 school year.

“This is not the intentional or robust plan that we had hoped for,” said Brent Kent, a member of a stakeholder group that worked on the plan and helped usher in the state law that mandated it. “I hope it’s not a reflection of the department’s seriousness on this issue.”

Board member Pete Miller agreed that he had hoped to see more in the remediation plan, pointing to the alarming results the report was meant to address.

“That’s just atrocious,” Miller said of the data. “I don’t know what it will take to light a fire under whoever to say these are not numbers that Hoosiers are going to accept and let’s stop hopping around and figuring out who’s responsible and just work together to try and improve those outcomes.”

LeClaire said the Department of Education had only a few months between the release of the data on students in foster care and the time a remediation plan was due to convene the group and come up with a plan.

“This is a systemic issue that’s taken decades to create,” she told the board members. “I think we would have been ill-advised to come to you with a silver bullet after only three months between the report and the remediation plan.”

“We knew 10 weeks would not be enough and therefore focused on what we could accomplish — pulling together a group of diverse individuals, all of whom have a stake in foster youth, and working to identify and uncover the issues needing to be addressed,” Baker said in an email to The 74.

Kent argued that the education department could have started working on the remediation plan before the April release of the data.

The ideas range from guidance for school staff on supporting foster youth to continuing to support data-sharing between Indiana state departments to looking at models in other states for serving students in foster care.

“Improving connections for collaboration with local mental health services to support student needs should be explored and guidance provided for implementation,” one bullet point reads.

“There is a need to identify and advocate for additional funding to support foster youth,” another says.

What the plan does not say is exactly when a finalized remediation plan, with actionable items, is going to be completed. Instead, the group of stakeholders will continue meeting every other month to work on it, the plan said.

Kent told the board members that he’d hoped to see action items and a timeline for when the final report would be completed. He added that he did not think meeting once every other month would be sufficient to create a meaningful plan for foster youth.

Miller, who had previously served as a state senator, said he understood how the new law was another task without resources that the Department of Education was expected to take on when it was already spread thin.

Baker, the department spokesman, said they expect a full remediation plan in place by the second quarter of 2020.

Cundiff, the foster care parent who is also a member of the stakeholder group and is the founder and CEO of Indiana Foster and Adoptive Parents Resources and Advocacy, said she doesn’t have a problem with the delay, pointing out that the education department have had this new data set for only a few months.

“It’s a good first starting point — we didn’t have anything before this,” she said. “There’s going to have to be more added to it as we go.”

After Indiana released the April report, questions arose about the accuracy of the data. The state said that 9,000 students were in foster care; however, other state and federal data sets estimated that as many as 32,000 children were in the system. Eliminating the children who would be too young to be students still left thousands unaccounted for.

Advocates like Kent thought the state was underestimating how many students were in the foster care system by nearly half.

Board members asked the Department of Education at the July 10 meeting if they had any updates as to why the numbers were so different. John Keller, chief technology officer at the Indiana Department of Education, explained that the state uses data from two different sources. One is from schools, which report to the department how many students are in foster care at any point in the year. The other is from the Department of Child Services, which also reports how many students were in foster care but isn’t able to easily match them to a specific student identifier that would connect those children to their academic outcomes.

“What I have confidence about there is that we used all available means to derive that number,” Keller said, but he added, “I would make no representation that 9,076 is all of the foster care students being served in Indiana schools.”

If the Department of Education continues to come up with discrepancies, Keller said, it may use some sampling methods to see if there are students in certain geographical regions of the state who aren’t being reported.

Meanwhile, the state of Indiana and its Department of Child Services is being accused of negligence in its oversight of foster youth in a federal class action lawsuit filed at the end of June. Nine children in foster care said the government put them at risk of abuse or neglect when they were placed with foster parents or reunited with their biological families.