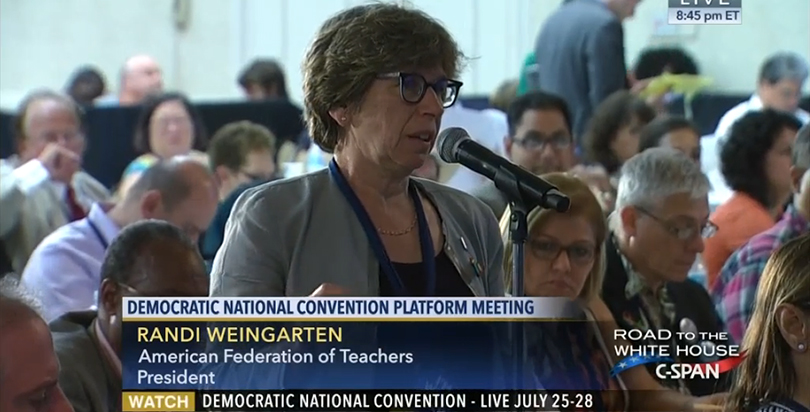 The Associated Press published an extensive education feature over the weekend, spotlighting how the push to expand school voucher programs both federally and among state legislators is pitting supporters of the public charter school movement against their former school choice allies.

One notable section from the Geoff Mulvihill feature, which you can read in its entirety here: “The appointment [of Betsy DeVos] opened a philosophical schism that now threatens to shatter the [school choice] alliance, turn billionaires against each other and possibly lead some school-choice advocates to join with teachers’ unions, their archenemies…

“The movement has been cleaved into two camps: those who want to use choice to improve public schools and others, like Education Secretary Betsy DeVos, who want to go further by allowing tax money to flow to private schools through vouchers, government-funded scholarships or corporate tax credits. The differences that once seemed minor are at the heart of a potential seismic shift in the school-choice movement.” (Read the full story)

Surveying the post-inauguration political landscape, Mulvihill notes several new fissures and fractures (“in the past, [philanthropic] contributions have flowed to reform-minded groups regardless of whether they supported public charter schools, vouchers for private schools or a combination. Now those funders are beginning to split into competing camps”), as well as the surprising rise of new coalitions:

"The American Federation of Teachers has had conversations with some charter school advocates it has opposed in the past about coordinating to fight a national voucher program, said Randi Weingarten, president of the union.”

The article doesn’t specify which charter school supporters the union has engaged with, nor how far this coordination has progressed. But if the Trump administration does move forward with a proposal to greatly expand the funding of voucher programs while slashing funds to public schools, education reformers may find themselves squeezed into picking a side.

Read the full AP feature and see our explainer — 13 Things to Know About Charter Schools. (Get more info about traditional public schools, public charter schools, and the Trump administration’s plans for education delivered directly to your inbox by signing up for The 74 Newsletter.)