Across the Country, States Are Stepping Up to Do More in Their ESSA Plans Than the Law Requires to Improve Schools for All Children 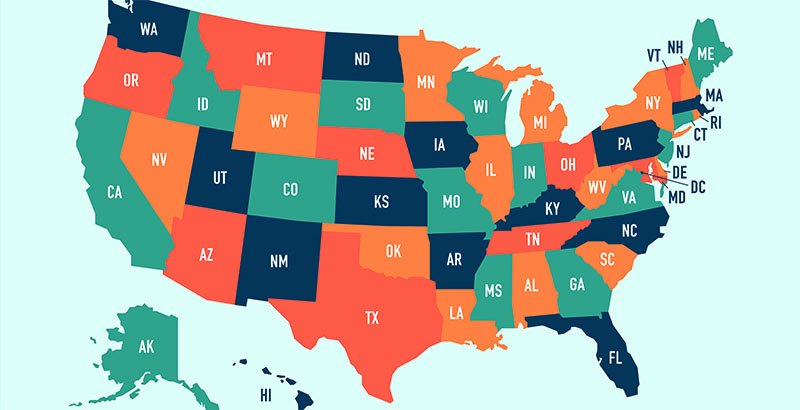 It’s been two years since the Every Student Succeeds Act was signed into law. States have since been hard at work on plans to implement the legislation, which constitutes the first major change to federal education policy since No Child Left Behind was passed in 2001. Our two organizations, representing chief state school officers and members of state boards of education, have worked closely with state leaders as they developed their ESSA plans.

ESSA is, in the words of The Wall Street Journal, “the biggest devolution of federal power in a quarter-century.” It requires states to move from a compliance mentality, asking only what the law allows, to asking what will improve schools for all kids.

States are making that leap. Contrary to what you may have recently read, we are encouraged that states are not only meeting ESSA requirements but, in many cases, moving beyond them to realize a better vision of education for all students.

ESSA required parents, teachers, and other community members to weigh in on their states’ plans, and this work did not stop once the plans were submitted. In fact, several states are making enduring community engagement a cornerstone of their school improvement efforts. Rhode Island’s plan requires districts with schools targeted for comprehensive support and improvement to assemble community advisory boards that will give stakeholders a voice in developing and implementing school improvement plans.

Georgia also recognizes that engaged community leadership is essential to breaking the cycle of school underperformance and inequity. As part of its support for identified schools, Georgia encourages districts to engage parents and communities in identifying shared improvement goals and to sustain this engagement over time.

The District of Columbia’s community engagement did not end with plan approval; it accelerated. The D.C. Office of the State Superintendent of Education worked, and continues to work, in partnership with the D.C. Board of Education’s ESSA task force, a diverse body of parents, educators, and advocates representative of the city charged with focusing on policy implementation over the next two years. Through a community feedback toolkit and online survey, it received feedback from more than 1,900 parents and education stakeholders in phase one of the state report card.

States are demonstrating the courage and the capacity to break the cycle of underperformance in schools. Here again, ESSA’s requirements are minimal. States need only identify 5 percent of their lowest-performing Title I schools. In many cases, states are going beyond the letter of the law, making bold interventions where student potential has gone untapped for far too long.

For example, Nevada is also providing comprehensive support for schools in the second-lowest category — those that exhibit a downward performance trend. In Louisiana, any school rated “D” or “F” for three consecutive years will be slated for comprehensive support. Louisiana also is considering targeted support for schools that exhibit exclusionary discipline at twice the national average.

With virtually every state reporting teacher shortages in at least some regions or subject areas, many are looking at ways to attract and retain teachers. For example, Mississippi will implement a “grow your own” program, creating a sustainable pipeline of teachers and principals throughout the state as part of its larger objective of building an educator workforce that looks like its students. The goal is to increase the number of minority teachers by 25 percent in school districts facing critical shortages and thus better reflect the student population in these districts.

Finally, it’s worth noting that ESSA plans remain works in progress. Even under NCLB, states changed their plans as they learned what worked and what did not. In the first 18 months after states began implementing their NCLB plans, all but seven had changed at least some of their indicators. Within two years, every state had made changes.

As states continue to work with stakeholders to implement their ESSA plans, we anticipate they will make changes to continuously improve them. In some states, they already are taking steps to do so. Delaware, the first state to have its plan approved, has already submitted changes to the U.S. Department of Education, refining how it will identify schools for targeted support and improvement. Michigan, whose plan was approved in November, has made changes to ensure that subgroups that achieve state goals will continue to improve.

The truth is, this undertaking is massive, and states may need to make adjustments early on to get the results they seek. But they are moving in the right direction, addressing difficult issues and moving toward a system that will better serve all children.

Kristen J. Amundson is president and CEO of the National Association of State Boards of Education. Carissa Miller is interim executive director of the Council of Chief State School Officers.

Kristen J. Amundson is president and CEO of the National Association of State Boards of Education.