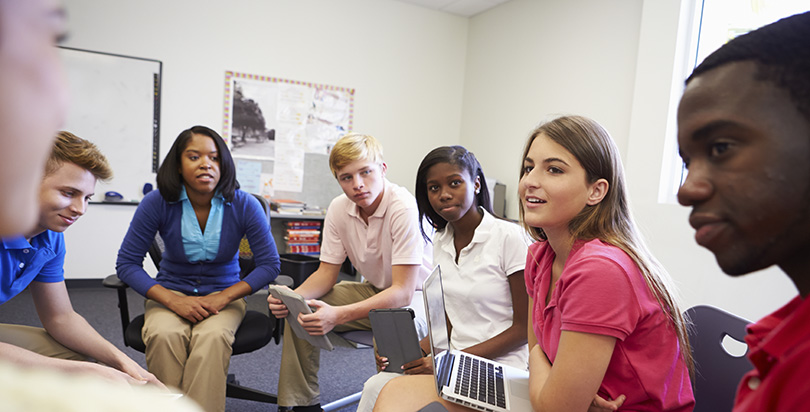 The achievement gap between black and white students widens as the percentage of the black students in a school grows larger, according to new federal research released Thursday.

“We know there are growing concerns over the re-segregation of the nation’s public schools, and this research sheds new light on the achievement gap and our understanding of the impact of school composition on student achievement,” Peggy Carr, acting commissioner of the National Center for Education Statistics, said in a statement.

NCES, an arm of the Education Department, studied the relationship between the percentage of black students in a school and student achievement, as measured by eighth-grade math scores on the 2011 National Assessment of Educational Progress, or NAEP.

They also investigated the gap while controlling for students’ socioeconomic status, as measured by students’ eligibility for free and reduced-price lunch, one indicator of poverty, and by their parents’ education level.

When the students in a school came from families with similar incomes and educational backgrounds, the percentage of them who are black didn’t substantially change the test scores of the white students. However, the performance of the black students — even when their socioeconomic status mirrored their white peers — got worse the higher the percentage of black students in the school, and so the achievement gap widens.

The gap in scores ranged from 18 points in the schools with the lowest proportion of black students to 21 points in the highest-percentage-black schools.

Researchers also attempted to account for other school characteristics, like students’ disability status, teacher qualifications, and school resources. When those factors are considered, the gap between black and white students grew from 15 points at the schools with the lowest density of black students to 20 points at schools with the highest density.

Curiously, the achievement gap when accounting for student, teacher and school factors was much larger for black boys (17 points versus 25 points, from the lowest-black-student-density schools to the highest) than for black girls (13 points versus 15 points).

The report didn’t try to determine specifically why a larger percentage of black students may correlate with lower student achievement or a larger achievement gap, but did suggest several possible reasons, including: