You know the routine. The alarm goes off, you roll over, fumble blindly for your phone, and manage to tap the tiny snooze button. Ah, peace. You’ve won yourself a few extra minutes of precious sleep.
A few years ago, Jilly Dos Santos, then a sophomore at Rock Bridge High School in Columbia, Missouri, was a little too familiar with the wake-up delay dance. She typically stayed up until 1 or 2 a.m. doing homework and was habitually late for her school’s first-period 8 a.m. bell.
“I had trouble waking up in the morning and trouble getting to bed at night, which is a prime example of what early start times can do to adolescents,” she told The Seventy Four.
Now a freshman in college, the 19-year-old can look back with satisfaction knowing she played a key role in protecting current and future Columbia students from suffering the same soporific fate.
Getting the 18,000-student district there was no easy feat.
In 2013, armed with research on adolescent sleep cycles and aided by her peers, who carried out a district-wide social media blitz, Dos Santos championed the effort to convince the school board that a plan (prompted by the construction of a new high school) to start all high schools at 7:20 a.m. was a bad idea.
After heated debate over two months, officials voted to move the start time at Columbia’s four high schools from 7:45 a.m. to between 8:55 and 9:10 a.m., giving students an extra hour-plus in the mornings.
Two years in, the consensus around the district is that sure, there are snags, but ultimately, the later start time has contributed to noticeable gains at Columbia’s public schools.
“Our kids seem to be more awake and more eager to learn,” said Battle High School Principal Kim Presko, who often observed lethargic freshman students in 8 a.m. first-period classes.
And they still make it to sports and extracurricular activities despite occasional scheduling conflicts.
Schools Superintendent Peter Stiepleman said the number of annual out-of-school suspensions has dropped by nearly 1,000 since 2012, and graduation rates have climbed from 82.7 to 90.2 percent.
It’s hard to show a direct correlation between later start times and fewer suspensions, Stiepleman said, but he and his staff are certain that when students are well-rested, eat nutritious meals and get regular exercise, they’re better prepared to succeed in school.
“If we can improve our kids’ ability to get a better night’s sleep, we should do it,” he said. 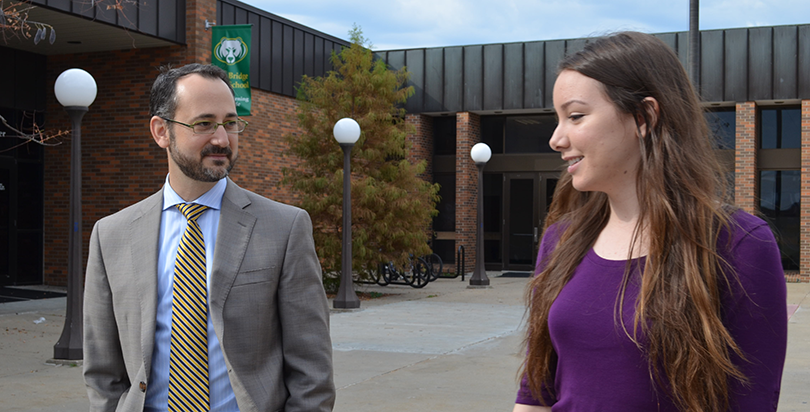 Columbia Public Schools Superintendent Peter Stiepleman and senior Jilly Dos Santos talk outside Rock Bridge High School in fall 2014.
Photo: Courtesy Columbia Public Schools
Hundreds of schools in dozens of states have delayed start times in recent years as the Start School Later movement has gained momentum, propelled by a growing body of research that supports the idea that adolescents’ overall well-being and academic performance improves when school start times are delayed.
Adolescents who don’t get enough sleep are more likely to be overweight, use drugs and alcohol, perform poorly in school and suffer from depressive symptoms, according to the Centers for Disease Control and Prevention, which recommends 8.5 to 9.5 hours of sleep.
According to 2011-12 data reviewed by the CDC, in 42 states, 75 to 100 percent of public schools started before 8:30 a.m., making it difficult for students to get the recommended amount of rest. The CDC found that two in three high school students in the U.S. get less than eight hours of sleep on school nights.
In the last few months, school districts in Durham, North Carolina, and Lincolnshire, Illinois, have made the switch to a later start, following early adopters like Arlington, Virginia, and Denver, Colorado.
On Nov. 18, Seattle Public Schools became one of the largest districts in the country to push start times past 8:30 a.m. Beginning next school year, all the city’s high schools, most middle schools and some K-8 schools will start at 8:45 a.m., The Seattle Times reported. The school board in Greenwich, Connecticut is weighing a similar proposal.
State legislatures have woken up to the movement too. New Jersey and Maryland passed bills last year directing studies on the impacts of later start times. Federal legislation to compel the U.S. education department to seriously examine the relationship between school start times and adolescent health, well-being and performance has been haltingly pursued for nearly two decades.
The initial change agent in Columbia, however, wasn’t the research (although school officials did study it) but the opening of a new high school to accommodate a growing number of students, many from economically disadvantaged families. 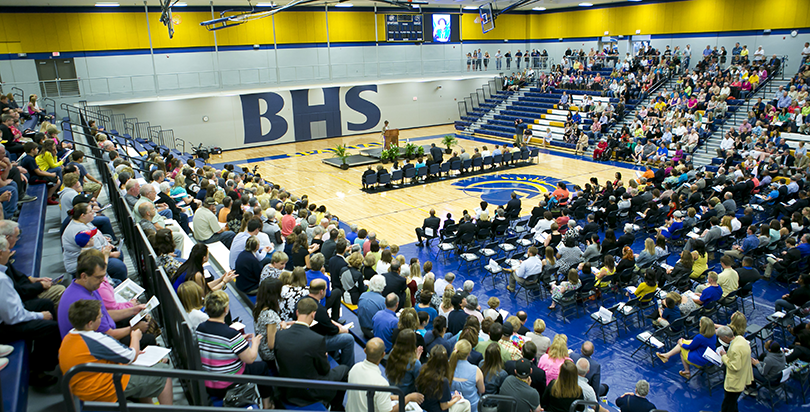