A Radically Sensible Proposal for Training Teachers: Make it Easier to Enter, Harder to Stay 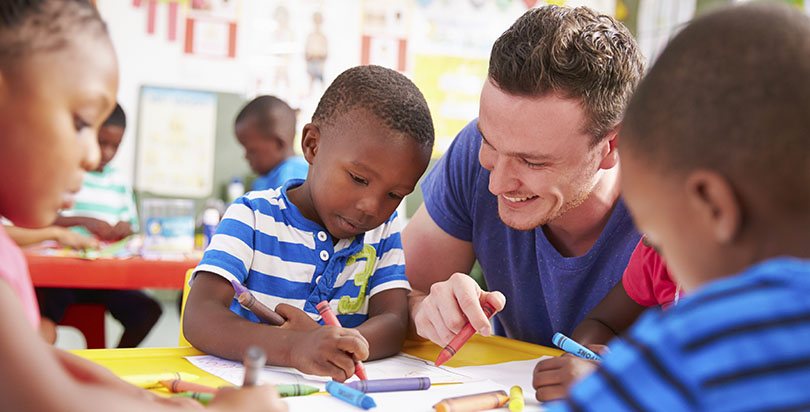 But a new report from Washington, D.C.-based Bellwether Education Partners, entitled “No Guarantee,” raises questions about this approach, arguing that instead of raising the bar for those who enter teaching, we should actually lower it, while at the same time, making it tougher to remain in the classroom.

That’s Chad Aldeman and Ashley LiBetti Mitchel’s provocative conclusion, based on years of research, which has generally failed to turn up convincing evidence of the best way to train teachers or on how to predict who will perform well once they start teaching.

“The inputs used for teacher training are unproven. Admissions criteria, required coursework, advanced degrees, and certification requirements tell us little about who is likely to be an effective teacher,” Aldeman and Mitchel write.

Good teaching something of a mystery

Take for instance the assumption that high-achieving teachers —those with the most impressive test scores or who attended Ivy League colleges — do  better in the classroom. (This view led Florida to give bonuses to teachers with top SAT scores.)

Not so fast, according to the report. Sure, a handful of studies find some evidence for this phenomenon, but some others don’t.1 The report says, “While the evidence tilts toward greater teacher effectiveness for candidates with stronger incoming academic credentials (all else being equal), the value of those credentials is relatively small, and they are not a guarantee for any individual.”

Meanwhile, attempts to improve training have generally not produced major benefits, the report argues.2 Again, there are studies on both sides, but most research shows that the difference between traditionally prepared teachers and alternatively certified ones is small at best; there’s also little evidence that earning a master’s degrees helps teachers in the classroom.

What about the EdTPA, a new entry exam that purports to do a better job of measuring how teachers perform in the classroom? There’s simply no external evidence that it actually does, say Aldeman and Mitchel.

Or what about the new slate of teacher prep programs that hope to give teachers more practical experiences to better prepare them for the classroom? Again, the evidence is very limited, and what exists suggests mixed results at best.

Then there are the attempts — likely to be codified in federal regulation soon — to hold teacher prep programs accountable for the performance of their graduates. In a separate report, also released today, Aldeman and Mitchel document the technical, political, and measurement challenges involved in that undertaking. Both said in interviews they were skeptical that such high-stakes accountability provisions would work, at least in the short term.

Aldeman and Mitchel say they haven’t given up on using inputs completely: “We will happily be proven wrong. If research finds that new, different assessments could predict a teacher’s future effectiveness, for example, we would gladly endorse it as a method for screening candidates.”

And on that point, although any single input can’t say who will be a good teacher, there is some encouraging evidence that a composite with more sophisticated measures that take into account traditional inputs, as well as certain personality traits such as perserverance, can anticipate strong classroom teachers with at least some degree of accuracy.

Aldeman and Mitchel, though, argue for a different approach emphasizing outputs: “Policymakers should be less focused on defining the perfect mix of requirements for incoming teachers and more focused on measuring and acting on teacher effectiveness in a teacher’s first years on the job.”

In other words, make it easier to enter teaching, but harder to stay.3

To that end, the report says that all states should require to become a teacher is a bachelor’s degree, regardless of major, though anyone could still of course enroll in preparation programs if they, or their schools, believed it helpful. The authors suggest that new teachers be exposed to “low-stakes” opportunities in schools, like tutoring or serving as a co-teacher under the watch of a mentor.

This would give novices the opportunity to learn on the job and figure out whether teaching is right for them, without sinking thousands of dollars into teacher training programs. Schools would benefit from the extra manpower and the opportunity to determine whether a new teacher is a good fit before handing over the classroom keys.

Then, Aldeman and Mitchel argue, teachers should receive their full teaching credentials from a district based on how well they do on the job: “States should strip the power to grant teacher licenses from preparation programs and give that responsibility to the districts where candidates teach.”

Decisions about licensure, and presumably tenure, would be based on — and here’s where things get tricky — “observations of candidates’ performance in real-time classroom settings and demonstrated effectiveness in supporting students’ academic growth.”

Teacher evaluation has its own challenges

The authors point to encouraging evidence that value-added measures — statistical estimates of teachers’ impact on student test scores — provide meaningful information about the long-term effectiveness of teachers still early in their careers.

Yet measuring teachers’ contributions to academic growth has proven politically controversial, and there’s little research on how best to do that for the majority of teachers without standardized tests in their corresponding grade and subject.

Recent studies show that teacher observations are biased against educators with lower-achieving students, but, even with that, in most places, the vast majority of teachers end up with high marks on these ratings anyhow.

The difficulty of teacher evaluation suggests that schools might not be ready, willing, or able to focus on inputs over outputs.  Giving schools and districts the flexibility over teacher training and certification may be a very good idea; there’s just no guarantee many will rise to the challenge.

(Disclosure: The report featured in this story was issued by Bellwether Education Partners, which was cofounded by Andy Rotherham, who serves on The Seventy Four’s board of director and is a contributor to the site.)

1. There’s also evidence, which the report doesn’t mention, that emphasizing past test scores reduces the number of teachers of color, which may be harmful to students’ academic achievement. (Back to story)

2. There may also be a tension between lengthening training requirements and recruiting academically high- performing teachers, because lengthy preparation programs require significant investments in time and money. (Back to story)