A Plaintiff Reflects: Why I Joined a Lawsuit Over My Son’s Pre-K Program — and Why I’m Thankful for the Courts That Made ‘Pre-K for All’ a NYC Reality 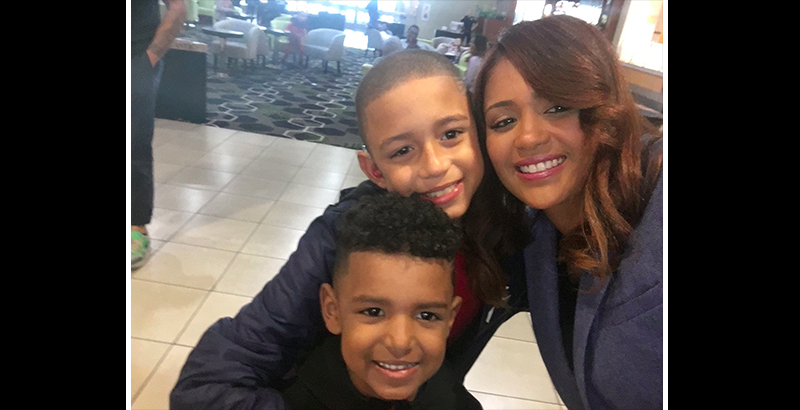 My son was in pre-K at Success Academy Charter Schools the year I realized that I was going to have to defend his right to be there.

Success Academy had just opened pre-K classes in the fall of 2015, and I was thrilled that my younger son, Kendrick, would be able to join his brother at Success Academy Harlem 1. As a single mother — and as someone who felt district schools had failed my family — Kendrick’s placement meant peace of mind for me.

It didn’t last long. That fall, the de Blasio administration insisted that Success Academy sign a 241-page contract dictating how to run pre-K. I know firsthand that charter schools’ ability to serve children outside the one-size-fits-all public school bureaucracy is what makes them work for my sons.

So, I became a plaintiff in a lawsuit saying that Mayor de Blasio was misinterpreting the law and overstepping his authority to dictate charter school policies and curriculum. I remember being present at the initial court proceedings. I brought my sons, Kristian, who was 8 at the time, and Kendrick, who was 4. I wanted them to see that we don’t give up, especially when it comes to education.

Perhaps I was naive. In that moment in the courtroom, I never would have believed how long this battle would drag on — and how many times I would have to rouse myself to advocate again for my sons’ school. I thought the dispute was about the legal language governing pre-K supervision. But I came to see, instead, that it was a grudge, fueled by the mayor’s bitter antagonism toward Success Academy.

How else to explain Mayor de Blasio’s refusal to accept a unanimous decision by the Appellate Division in June 2017 in favor of Success Academy? He tried to challenge that decision twice — in July 2017, and again in September 2017 — and only two weeks ago did the court finally deny this option.

So, we kept on. Each time this mayor threw up a roadblock, other Success Academy parents and I responded. We petitioned. We conducted an email campaign. We raised our voices in protest at three press conferences.

All the while, this mayor was hypocritically pounding his chest over his “Pre-K for All” initiative. “All” but our children! All but the hundreds of other students who could have been served over these three years of expensive court battles.

I had to struggle for my own education. I was born in the Dominican Republic and came here, to the South Bronx, at age 7. I was placed in an English language learner class in first grade. I wanted to excel, so I taught myself to read, and within a year, I was reading English at a fourth-grade level. I did what I had to do.

I had been a good student by the standards of my high school, but when I went to college, I had to sit with a dictionary just to read the textbooks. My experience has led to disappointment in the quality of district schools in my part of the city.

So, when my older son was ready for kindergarten, I entered his name in the Success Academy lottery. That first year, he didn’t get a seat. He attended kindergarten at a Catholic school — but I could see he wasn’t learning.

The following year, Kristian was selected for first grade at Success Academy in Harlem. When he got there, I learned that my instincts had been right: He tested below kindergarten level.

I worked with a teacher at Success Academy, and she pushed hard to bring Kristian up to grade level. He’s in fifth grade now, and I know he’s learning because he comes home filled with questions and ready to debate me.

I want this opportunity for every New York City parent, to see their child growing and blossoming into their potential. Does the mayor want that? If so, why does he make parents defend their right to choose a school or a pre-K program that’s best for their child?

In the end, it was parents and the courts — not the mayor — that delivered “Pre-K for All” to my community.

Susana Taveras is a social worker and the mother of Success Academy scholars in the first and fifth grades.

Susana Taveras is a social worker and the mother of Success Academy scholars in the 1st and 5th grades.