A Pastor’s Perspective: How School Choice Is Lifting Up Florida’s Most Disadvantaged Students 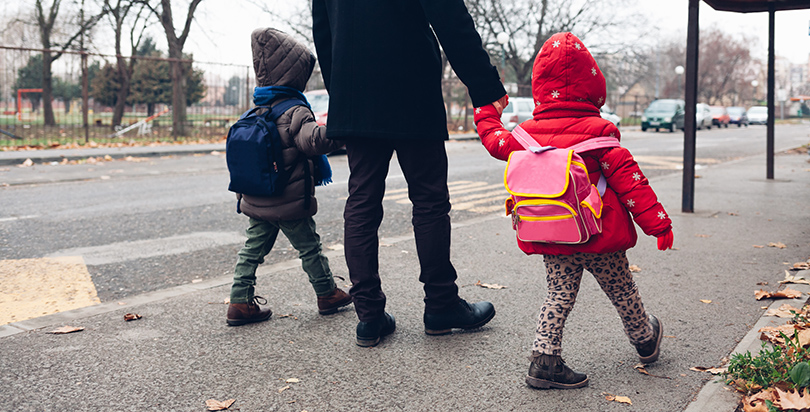 Last year, 10,000 people rallied in Tallahassee to support the Florida Tax Credit Scholarship, the largest private school choice program in America and a potential model for a federal program. Most of them were parents of color. So were most of the speakers, including the headliner, Martin Luther King III.

They were there because they understood how expanding educational options – yes, including vouchers for private schools – can help our most disadvantaged students, who are disproportionately black and Hispanic. They knew the value in leveling playing fields that for too long have denied low-income parents the power to do what parents of means do routinely. That is, access schools that best put their children on the pathways to success.

I couldn’t help but think about the rally when I read Cynthia Tucker Haynes’s recent column about school choice and segregation at The 74.

I am a lifelong member of the NAACP and a former president of the Jacksonville, Fla., chapter, one of the biggest in the state. I have fought for civil rights my entire life. I well know the history of racism in the South, including the history of segregation academies. I agree with Ms. Tucker Haynes that such schools are intolerable. They should be banned from government-supported school choice programs, and laws regarding racial discrimination in schools, public and private, should be vigorously enforced, as they are in Florida.

But also intolerable: Sixty-three years after Brown v. Board of Education, and after decades of integrated schools, fewer than one in three black students in Florida can pass the 10th-grade reading test they need to graduate. These dismal results persist even though Florida has made some of the biggest academic gains in the nation over the past 20 years for low-income and minority students.

These numbers tell me we must use every tool at our disposal to save our children. I am not willing to overlook the potential of school choice to be part of the solution, and I am not alone. That’s why more than 200 black and Latino ministers stood up last year to condemn an ultimately unsuccessful lawsuit to kill the tax credit scholarship program. That’s why groups like the Black Alliance for Educational Options advocate for choice in state after state. Does anyone honestly believe these parties are fighting to enable segregation academies?

In Florida, nearly 100,000 low-income and working-class students are using tax credit scholarships this year. About 30,000 of them are black. Contrary to Ms. Tucker Haynes’s claims, rigorous analyses of test score data show these students — typically the lowest performers in their prior public schools — are now making the same learning gains as students of all income levels nationally. In other words, they’ve gone from struggling to steady progress.

Also contrary to Ms. Tucker Haynes’s claims, scholarship students are not enrolled in “elitist schools that serve mostly one-percenters.” More than 1,700 private schools in Florida participate in the scholarship program, and they come in all shapes and stripes. Some, in fact, are more racially diverse than nearby public schools, because their parents of different backgrounds nonetheless share common values that bring them together. This is encouraging, and it echoes the many studies that find that choice leads to less segregation, not more.

There are also scores of participating private schools that are anchored in black communities, and which proudly carry on a tradition that has been central to the black experience in America from day one. These schools are community-centered. Many of them have black teachers and principals. They live in the areas they serve, know their children and parents, and hold their students to the highest expectations.

The school associated with my church is among those schools. We opened our doors 25 years ago, specifically to help our black boys in crisis. We surround them with not only a high-quality learning environment but also a loving environment. We will not let them fall through the cracks and become statistics in the school-to-prison pipeline.

Options like these would not be available to low-income students in Florida if not for school choice scholarships. It makes no sense to take them away. To be sure, we must be vigilant in deterring any attempts to use school choice for racist ends. At the same time, we can’t ignore the good these scholarships are doing, and their potential to do even more.

Rev. R.B. Holmes is pastor of Bethel Missionary Baptist Church in Tallahassee. He was a leader in the Save Our Scholarships Coalition that helped defeat a lawsuit that aimed to end the Florida Tax Credit Scholarship.