A Note to Nick Hanauer: Income Inequality Hardly a Surprise If You Grew Up Poor in America and Abandoning Education Reform Not Going to Help Black and Brown Students 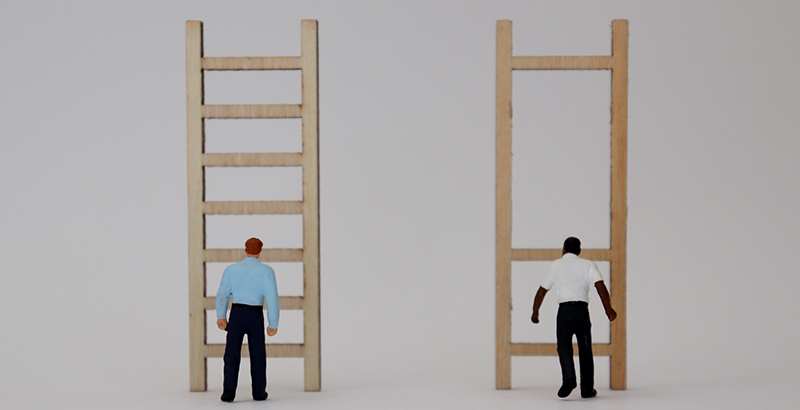 The original version of this essay was published on Charles Cole’s website.

Recently, Nick Hanauer wrote an article for The Atlantic titled “Better Schools Won’t Fix America” in which his main argument is that education is not the answer to economic inequality.

The article took over my timeline. When I saw that it was the article of the day, I made space in my calendar to read it. I sat in my office, carved out 20 minutes and was prepared to be enlightened. Instead, I got an article from a billionaire telling me something that anyone who grew up poor in this country already knew. However, I am grateful to Hanauer for his insight because it helped me better understand how many of our allies think. So let’s dive into his arguments and start a conversation.

Below, I have taken excerpts from the article and offered commentary. Afterward, I will try to do something that many of these articles constantly fail to do, and that is to actually provide some type of actionable solution.

Here are three glaring issues that I saw with the article:

● The article reeks of what I like to call “radical binacity.”

● The article offers no real solution.

In this discussion, Hanauer goes to great lengths to avoid engaging race in the conversation. By not mentioning race, he centralizes the problem as being purely economic, which accomplishes two things. First, it reinforces the argument that our moral failures as a country regarding racial issues are not the motivating force behind much of our country’s economic and educational woes, and secondly, it again situates the collective solution of poor people’s problems squarely in the hands of the elite rather than building a complex solution for a complex problem that recognizes the roles multiple players need to execute. Which leads to a larger issue I often see that needs its own term: “radical binacity.”

We have graduated from “soft bigotry” to something even more sinister in this country. It is what Dr. King was referring to in the “Letter From Birmingham Jail” in his expressing his frustration with the white moderate. I read this article and tons of others like it, like a bird call to “well-meaning, wealthy, white allies.”

‘The Soft Bigotry of Low Expectations,’ Still Alive and Well 16 Years Later? An Insider Looks Back at the Legacy of No Child Left Behind

Radical binacity is the gradual yet constant creation of false binaries as a tool that helps one escape culpability as a benefactor of white supremacy. It is the demagogy-riddled process that often ignores racism as a root issue to a problem while positioning whiteness as the salvation.

It is the constant creation of false binaries that subconsciously leaves the poor and minoritized nihilistically viewing a system that many no longer have the strength to push back on without reprieve.

● It is “crack addiction is vilified” vs. “opioid addiction requires care and sincerity” …

● It is “selling weed breeds black crime lords” vs. “white innovation in the marijuana space” …

● It is “school choice is Trumpian evil” vs. “she bribed the colleges for a better life for her daughter” …

All of these scenarios are connected in that they accomplish three things:

● They center whiteness as a faux solution.

● They take agency away from the minoritized or the poor.

● They build their wealth at the dismay, horror and disproportionate consequences of the minoritized while the holders of whiteness and wealth get to be progressive, passionate and good, so much so that they never have to solve the problem they stood on the soapbox to declare they would fix.

In the case of Hanauer’s article, he checks all the boxes of radical binacity with his moment of clarity that economic inequality is really, really bad and as a result, we got it wrong by how we are trying to improve education. Real families living in poverty understand that there is an economic inequality issue in this country. They understand that there are a handful of problems in this country. However, for millions of families, academic attainment is their beacon of hope. For many, having access to college changes the trajectories of generations. Just spend time with those who are really struggling and worried about educating their kids.

Only someone who is so far detached from actual poverty and families could not assume anything other than that there is a huge economic inequality issue. If Hanauer now feels that the issue of the day is economic inequality, he can actually do something about it. He could find some families in the throes of poverty, give them financial literacy, share his trade secrets and conduct a longitudinal study to test his theory out.

Listen, we want and need to be in partnership to alleviate the system of inequity that plagues millions of Americans daily. However, if you are claiming to be an “ally,” then be a good ally. Better yet, be a co-conspirator. It is completely fine to spend your money however you want, but be honest. If you no longer want to help fund this struggle, then say that, but to say that you have now discovered economic inequality is intellectually and morally dishonest.

For many, education reform is something they can opt in to and opt out of. As things get rough, they can simply shift gears and do something else and never look back. However, there are many in this game who can never opt out. The plight of those stricken by a cocktail of poverty, poor education and racism is that they are not able to opt out if things are uncomfortable. They already know that education is jacked up; they know economic inequality is real. The first step to being a co-conspirator is to actually not insult the intelligence of those most impacted by our continued failures.

Finally, the biggest issue I had with the article was not actually with Nick. It was with the high levels of support I saw on my timeline for Hanauer’s article. It was almost seen as if the article was their way out too. Listen, in this war to educate black and brown kids, are you in or are you out? If you feel like our system is still failing black and brown kids, then hopping off the boat should not be the first option in your thought process.

Charles Cole III is the founder and executive director of the education advocacy group Energy Convertors and co-founded State of Black Education – Oakland. He received his doctorate in education from San Francisco State University. You can hear him weekly on the 8 Black Hands podcast.

Charles Cole III is the founder and executive director of the education advocacy group Energy Convertors and co-founded State of Black Education - Oakland. He received his doctorate in education from San Francisco State University. You can hear him weekly on the 8 Black Hands podcast.