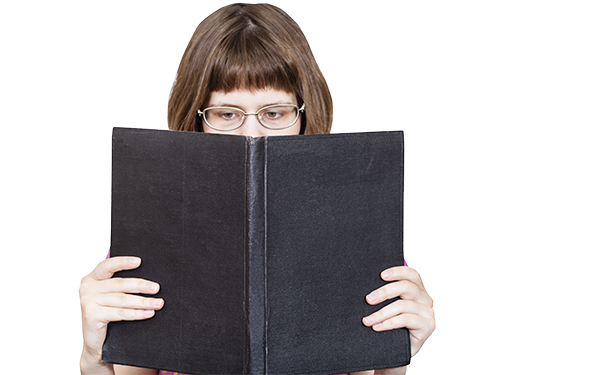 As Nashville residents turn out to vote Thursday, deciding between one mayoral candidate who supports charter schools and one who is openly skeptical of their value, an even hotter charter showdown has erupted between a city school board member and Nashville Prep, the local charter school she is looking to shutter.
A long-simmering feud between board member Amy Frogge and Ravi Gupta, founder of the charter network RePublic Schools, boiled over and went viral this week when Frogge sent an email to Nashville school officials arguing that one of RePublic's schools — Nashville Prep — should be shut down. The battle has bled over to Facebook, with people on both sides hotly debating the issue.
The latest controversy surrounds a book that Nashville Prep's students are reading, "City of Thieves" — a coming-of-age novel set during World War II — which Frogge claims is inappropriate for middle schoolers. In a lengthy Facebook post, Frogge detailed and defended her position, pointing to a variety of swear words and sexual content that appear throughout the book: “Whoever assigned the book made a half-hearted attempt to censor some of the foul language, but left plenty of bad language and details intact, including passages that degrade women and glorify casual sex.”
“I’m really not easily offended and I don’t have problems with older children reading more adult books when they are age appropriate, when they have been fully vetted, and when parents are notified and approve of the books,” Frogge told The Seventy Four. “But to me this book is wildly inappropriate for twelve-year-olds.”
Gupta fired back against the allegations in an impassioned blog post, saying the book is rigorous and that inappropriate content was carefully, thoughtfully edited out. (Frogge claimed this action is a copyright violation.) In a phone interview, Gupta acknowledged that teachers had mistakenly "let a few passages through that we wouldn't want," but stood by the choice of the book: "We wanted to move outside the traditional canon and expose our students to a different narrative."
He added that students had reacted very positively to the book: "Kids are totally engrossed in the story."
To Gupta, the criticism about the book is simply an attempt to find anything to criticize RePublic schools: “The haters really have their eyes on us and want to destroy us."
Frogge is quick to list a slew of allegations against the school above and beyond the books being taught, including what she calls, “militaristic discipline practices.” She says her concerns are based on five parents and one unnamed teacher who have contacted her over the course of multiple years. (According to data provided by RePublic, two of the network’s schools have higher out of school suspension rates than the district as a whole, though Gupta says RePublic schools are aiming cut them in half by next year)
But Gupta says he’s heard enough. “The school Amy Frogge describes doesn’t exist,” he wrote in an e-mail. “Frogge continues to ignore the voices of the 1,300-plus parents who choose and love RePublic and whose accounts of their experiences vary dramatically from the largely unattributed or discredited stories Frogge is peddling.”
Frogge and Gupta have done battle before. In 2014 the school board member called for an investigation of Nashville Prep based on the complaint of a parent who argued that the school was like a jail. RePublic responded by organizing dozens of parent supporters to attend a school board meeting. A district official later found “no actionable items” in the complaints against the school. (Frogge, however, questions whether the investigation was thorough and truly independent.)
Frogge also called for a study of whether charter students were pushed out of their schools before state tests. One study found no evidence of higher rates of attrition among charter students but Frogge suggests that the researchers had ties to charter schools and argues the data they relied on were incomplete.
Two parents – Sheri Patterson and Renee Wohlfarth — of students who attend RePublic charter schools vigorously defended the network in interviews. They both pointed to the schools’ rigorous curriculum and tight structure as what they appreciated most, and said the schools were responsive to parent concerns. Patterson, whose son is reading “City of Thieves,” says he loves the book: “He was so excited and he was enthusiastically expressing things from the book.” However, in an interview with The Tennesean, parent Kelly Sparkman, said she found the book inappropriate for her son: “It would be very embarrassing for me if I were 12 years old to have to read some of that stuff in front of boys.”
Data from the state of Tennessee suggest that students in RePublic’s three middle schools made significant gains on test scores in fifth grade — in fact, among the highest gains in the state — but student growth levels off significantly in grades six through eight.
For her part, Frogge says RePublic is getting its high test scores from “teaching to the test” and extended school hours and years. “My question,” she says, “would be what is the cost of those test scores to the children’s health and well-being?”
But Gupta says opponents like Frogge should be learning from RePublic’s success: “Instead of finding ways to replicate our success, they're trying to tear us down.”
Submit a Letter to the Editor
September 9, 2015