A Mother’s Crusade: My Special-Needs Daughter Is Thriving in a School Committed to Inclusion. I’m Fighting So More Kids Have That Chance 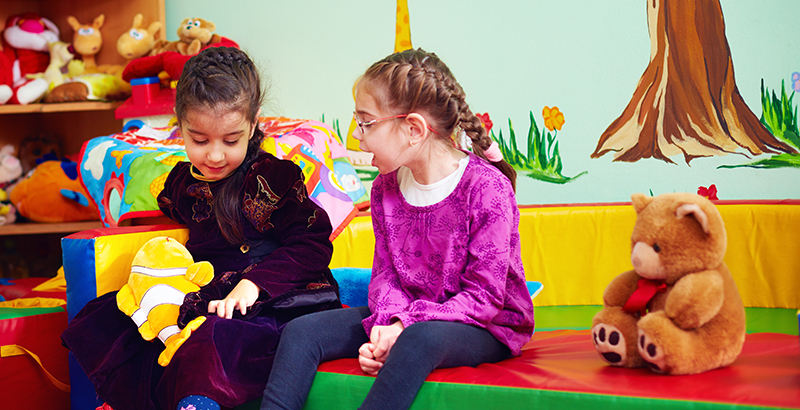 This year, I watched my daughter’s friends — friends I was warned she might never have — surround my sweet girl and sing “Happy Birthday” to her.

As Vanessa turned 10 this year, I couldn’t help but recall how the beautiful, cake-covered smiles of her first birthday had inspired me to carry on a legacy of advocacy for people with disabilities. I also remember how scared I was of the journey we were about to embark on, but how dedicated I was to ensure that she would experience all life has to offer.

But now Vanessa is 10, and she is blessed with great friends who love, understand, and support her. They know her so well because they go to school with her.

Vanessa has Down syndrome, and she attends a great public school committed to inclusion. She spends well over half of her day in a traditional classroom, exposed to age-appropriate content and language. The highlight of this school year was when she received the Student of the Month Award and we listened to her schoolmates cheer for her. That was the sound of inclusion, and it filled my heart with joy.

But I know not every family is so lucky.

I hear stories of parents fighting desperately for their children to be meaningfully included in their neighborhood schools. I attend conferences where my colleagues lament yawning achievement gaps in special education. I see advocates desperate to tackle the unacceptably high unemployment rates for people with disabilities. And sometimes I lie awake at night paralyzed by worry for the future that still lies ahead.

While watching the opening ceremonies for the Special Olympics USA games last month, I was reminded of how far the disability community has come in the fight for inclusion and acceptance. And I’m grateful.

The Special Olympics celebrates its 50th anniversary this year. In the early years, who could have dreamed that one day the opening games would be televised live on network TV? I have a feeling Eunice Kennedy Shriver, the organization’s founder, did.

That’s all true, but, unfortunately, we’re still fighting for those rights.

● Starting in 1990, an increasing proportion of students was educated in less restrictive settings, but that progress has reached a plateau in recent years.

● By 2010, the number of students with intellectual disabilities spending at least 80 percent of their school day in general education classes peaked at 18 percent. That figure had slid to 17 percent by 2014.

The generations of parents who came before me paved the way for our family. I’m grateful for their work and was inspired to take up their cause. Throughout my career, I’ve fought for policies to improve outcomes for students. Now, I promise to double down on my efforts.

I promise to be more intentional and thoughtful in my approach. And I promise not to fight for all students in a general and nebulous way, but to fight for each and every student to learn to read, attend the school their parents feel is best, and have access to schools that are held accountable for their progress.

I will fight to ensure that my daughter continues to be provided with every opportunity to reach her highest potential and achieve her greatest dreams. But even that’s not good enough. I will fight for each of her peers, too.

Karla Phillips is policy director for personalized learning at ExcelinEd.

Karla Phillips is policy director for personalized learning at ExcelinEd.