This picture is from the moment he asked her to run for president of the United States — more than a year ago, before she announced her candidacy. We’ve always been fans of Elizabeth Warren in my house. 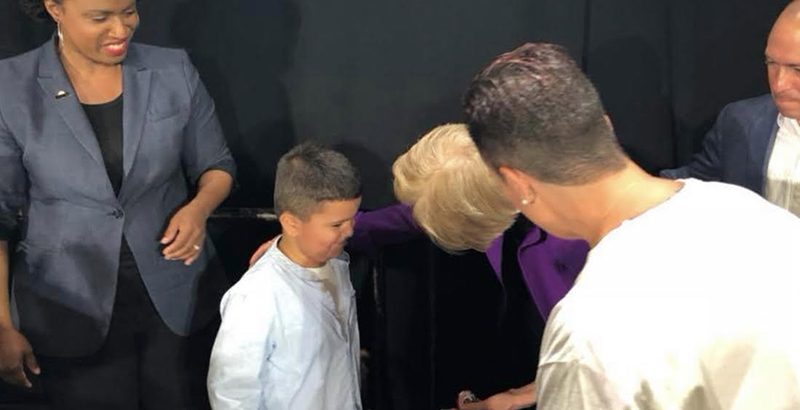 Even before she ran for Senate, Miles thought she was “the smartest lady in the world.”

So to say we were profoundly disappointed in Monday’s unveiling of her K-12 education “plan” would be a major understatement.

We thought she would remember us.

My kids are some of the 19 million Latino children in the United States — and unfortunately, just by virtue of being beautiful brown little boys, they have become eligible for entry to the school-to-prison pipeline.

Our traditional education system is broken and doesn’t work for a huge chunk of our kids, something Warren always said she understood and wanted to fix.

Parents like me, fighting for kids like mine, seem to be left out of the conversation being held by the 2020 presidential candidates in favor of pandering to powerful special interests, even though recent polling tells us Democratic voters don’t actually support the radical demands being put forward by teachers unions.

This is something you might expect from some Democratic presidential candidates.

But from Elizabeth Warren?

Miles and I expected something far more thoughtful and innovative than just another tired politician signing up to pledge undying loyalty to a system that is so clearly failing too many of our children.

Until now, Warren seemed to be up for a realistic discussion about education, with a vision that was about demanding outcomes and opportunity for kids much more than loyalty to a particular governance model. Many have cited her many books and writings that often advocated for vouchers and an end to zip codes determining our educational destiny.

The fact of the matter is, although Warren brags about being a “Proud Okie” on her campaign Twitter account, she actually represents our incredible state of Massachusetts — where, through innovating in our public schools, including public charter schools, and then testing and evaluating their effectiveness, we became No. 1 in the nation for education.

So instead of backing the regressive status quo that leads our children into the school-to-prison pipeline, why not talk about the things that are working in our state and articulate a vision for doing even better in the future?

Warren knows that in Massachusetts, rigorous state oversight creates and sustains the nation’s best public charter schools, bringing the highest-quality educational opportunities to children in communities that have been underserved for generations. These public charter schools have eliminated the achievement gaps that plague too many of our traditional district schools.

Last year, Warren pushed past ridiculous political turf wars to specifically brag about Massachusetts education, saying right on the floor of the U.S. Senate: “Many charter schools in Massachusetts are producing extraordinary results for our students, and we should celebrate the hard work of those teachers and spread what’s working to other schools.”

But now, is Warren calling for actually abolishing these critical pieces of the education revolution we launched here in Massachusetts, should she become president?

It just doesn’t make sense. Elizabeth Warren is better than this.

We deserve a president willing to refocus our national priorities on policies that strengthen families. The 2020 presidential candidates need to start engaging in a new conversation about education, one in which our children, not special-interest groups, are unapologetically at the center of our agenda and every decision.

The lives of our children hang in the balance. This is not a political game of making cynical political calculations to court special interests to win the Democratic nomination instead of giving our nation the bold, innovative leadership we need. For us, the consequences are poverty, incarceration and death.

This is the leadership that kids like Miles deserve.

Keri Rodrigues is co-founder and president of the National Parents Union. 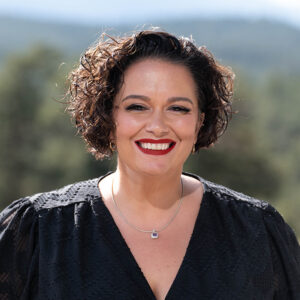