A Half-Million U.S. Kids Attend School in Mexico. Educators Are Working Together Across The Border to Help Them Learn 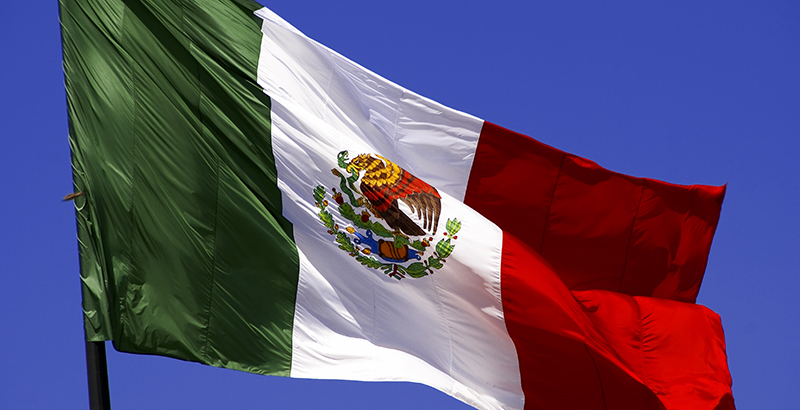 In the desert just south of San Diego, towering 18 to 30 feet in the air, are eight prototypes for the wall President Donald Trump has promised to build along the 2,000 miles of the U.S.-Mexico border. But as the administration tests designs for keeping undocumented Mexicans out of the U.S. and cracks down on those already here, a large number of Mexicans, and Americans of Mexican heritage, are headed in the other direction.

In recent years, an increasing number of U.S.-born students have enrolled in Mexican schools. About half a million now attend classes south of the border, and educators on both sides are pushing for greater collaboration to help meet those students’ unique needs — among them, gaining language skills, adjusting to different education levels, and adapting to new school cultures and structures.

Now, though, they are finding they need to provide those accommodations, even for students who grew up speaking Spanish at home. “If you come from a family in which everybody speaks Spanish, you’re going to speak Spanish, but that doesn’t mean you’re going to read it or write it or know anything about the literature or the history,” she said.

Regardless of where the students were born, she said, their futures have consequences for both countries. “In many of these cases, if not most, those kids come back this way — ready or not,” Gándara said. “If they end up back in the U.S., that has obvious consequences for us, but even if they don’t, our economies are so interdependent, particularly in areas around the border. It matters to us greatly whether these kids get a decent education and can participate in the economy.”

To address these challenges, partnerships between the two countries have already begun. In June, for example, California Superintendent of Public Instruction Tom Torlakson met with education officials in Mexico to improve educational opportunities for the students they share.

The majority are concentrated in northern Mexican states close to the border, said Bryant Jensen, an assistant professor at Brigham Young University who has spent more than a decade researching the relationship between schools in Mexico and the U.S.

Education officials in Mexico had expected Trump’s election would cause a flood of new U.S.-born students in their schools — but so far, that’s not the case. Compared with last year, about 1,000 fewer American-born children are enrolled in Baja California schools, Amparo López said. Although the cause remains unclear, she said she suspects families who previously moved freely between the two countries are now less inclined to do so, choosing instead to stay in the U.S. for fear they could be shut out.

Along with language barriers, Amparo López said, children from the U.S. face technical challenges. The two countries evaluate student performance differently, and Mexican schools operate in two shifts, so foreign students must adapt to schedules that begin in the afternoon.

Amparo López agreed with Gándara that both countries could work to better serve this population. A greater emphasis should be placed on teachers, she said, who could be better trained to identify the needs of new students.

Jensen said Mexican schools have struggled to identify U.S.-born students in part because return migration comes with stigma. “They don’t necessarily want to always be visible. They want to blend in, and that creates problems for the students who need certain accommodations in school to be successful,” he said.

Still, even as researchers continue to explore ways that schools in Mexico and the U.S. can work together to best serve immigrant students, unanswered questions remain. For example, it is unclear when these U.S.-born students in Mexico’s schools will return north, said Jensen, who recently visited Mexico to observe children in classrooms.

The first of a series of upcoming reports Jensen and university students are preparing from the visit highlights the challenges U.S.-born children face in fitting in at their Mexican schools.

“As we were talking to these case-study students, that was one of the things that really surprised us was that most still identified as American, even more than Mexican,” Jensen said, “and that they had the aspiration to come back.”