A Half-Century and Millions of Dollars Later, Beach Boy Brian Wilson Gets an ‘A’ for ‘Surfin’ USA’ During Visit to His California HS 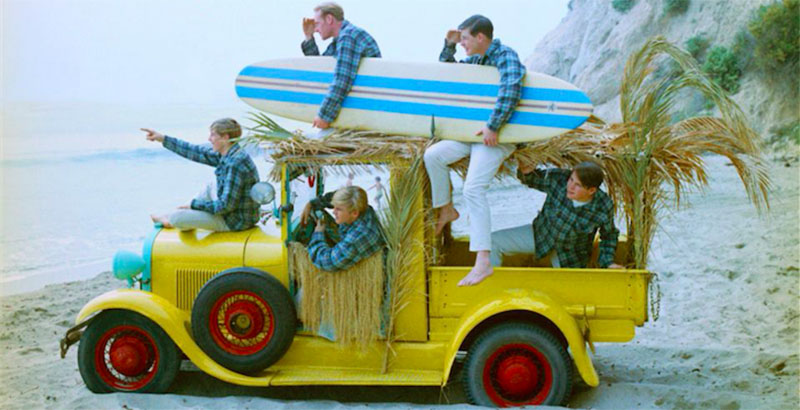 A bit of high school credit recovery never drew so much fanfare — or so many millions of dollars in profit — as when Beach Boy Brian Wilson, 75, returned to his California high school and saw an F he got on a music assignment turned into an A.

Brian’s high school music teacher Fred Morgan: “Brian wrote a composition for me and it turned out to be ‘Surfin.’ That composition got an F, but it made a million dollars.” Brian’s failing grade has now been changed to an A on this assignment by Dr. Landesfeind! pic.twitter.com/ICANT605Kx

Back in the 1950s, Wilson wrote a song for his Hawthorne High School music class that hit a sour note with teacher Fred Morgan, resulting in a failing grade. But that song, “Surfin’ USA,” became a hit for Wilson, his brothers Dennis and Carl, cousin Mike Love, and friend Al Jardine — the original Beach Boys.

It was the group’s first single, in 1963, helping the band rocket to fame.

“Brian wrote a composition for me and it turned out to be ‘Surfin,’ ” Wilson quoted Morgan as saying, according to the Daily Breeze. “That composition got an ‘F,’ but it made a million dollars.”

This latest case of grade inflation came as Wilson was visiting his Los Angeles high school — #BeTrueToYourSchool, right? — while filming a documentary. Principal Vanessa Landesfeind took the opportunity to present him with a certificate reversing the half-century-old grade, turning Wilson’s “F” into an “A.”

“It’s Beach Boys legend that he was failed on this one assignment,” Landesfeind told the newspaper. “He was a good student and an athlete. He never failed a class. It was our opportunity to say: ‘You’re awesome. We’re honored to have you at the school.’ ”