A Challenge to Elite Colleges: Set Aside More Seats for Low-Income Achievers

Many high school seniors think of spring as college admission season. Yet the nation’s most selective colleges seem determined to rebrand it as rejection season.
Increasingly, the marketplace has rewarded colleges that turn away the most students, and the competition to be competitive has become white-hot. Winning that competition may be great for colleges, but the hidden cost is enormous — for the nation and for young people of great promise but little privilege. They are the ones left behind when colleges become laser-focused on exclusivity and lose sight of their vital role in inviting a new generation of students into opportunity and leadership.
I’ve been lucky enough to spend time with thousands of enormously talented, hard-working kids from working-class and low-income families. These are brilliant potential first-generation college students. But for kids in such communities, the belief is pervasive that there’s no point in applying to a selective college.
That belief is poisonous to our society, and there has never been a more important time for a cadre of college presidents to step forward and prove it wrong. It’s time to send a message of hope and opportunity to replace a dominant, powerful message of exclusion.
Here’s the situation today: According to a recent report from the Jack Kent Cooke Foundation, a mere 3 percent of students at the nation’s most selective colleges come from the lowest-income quartile of American families, and only 11 percent come from the second-lowest quartile — while a stunning 72 percent come from the highest income quartile. And there's been virtually no progress over the last decade. That’s not a plan to enable social mobility, it’s a way to reinforce a status quo of sharply limited opportunity for the poor, the working-class and a good part of the middle class.
The nation’s selective colleges aren’t just centers for learning and research. They are also the gateways to leadership in business, public service, law, medicine and much else — and the networks of opportunity and privilege that accompany those roles. Whether the doors of those approximately 200 schools are genuinely open to all who qualify has a broader impact on the nature of opportunity in America.
It’s time for dramatic action to change the odds for low-income kids. It’s time for bold leadership by the nation’s elite colleges to enroll many more students from communities of poverty, color and rural isolation. And I believe that key leaders in higher education are ready to act.
Through my experience leading KIPP, a network of 183 public schools serving largely educationally underserved students, I’ve come to believe leaders in higher education have never been more interested in charting a new course. And it’s clear that when colleges make a priority of sending a message of opportunity, students respond and thrive. Just ask the 41 KIPP alumni who attend the University of Pennsylvania, or the 19 at UNC Chapel Hill, or the 10 at Wesleyan University, or the 34 at Franklin and Marshall, or the 15 at UC Berkeley. If this is possible for students at one network of schools, think what is possible for this nation. 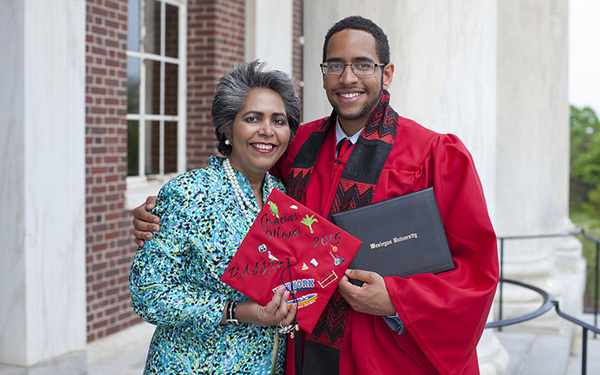 Steven Susaña-Castillo, a KIPP alum, on his graduation day from Wesleyan University. (Courtesy photo)
Here’s how change could begin: Imagine if leaders at 40 of the most selective colleges in the country stepped up, with a commitment to create 100 new spots at each of their schools and combined that with a significant effort to expose talented low-income students to their institutions. That’s the equivalent of adding two Harvard or Yale freshman classes.
Seats for 4,000 new students might not seem like a lot, on a national scale. But the echo effect in low-income communities, among other colleges, and on the makeup of the nation’s future leadership, would be tremendous.
Here’s why this matters so much. Attending and graduating from college – particularly a four-year college – makes an astonishing difference in the life trajectory of a young person. (Workers with a bachelor’s degree out-earn those with only a high school diploma about $65,000 to $35,000 annually, according to data from the Bureau of Labor Statistics.) To be sure, college debt is a real issue — but the big picture is that going to college and getting a degree will be the best investment most young people in this country will ever make.
That effect multiplies at selective colleges, which play a powerful gatekeeper role in our society, producing the majority of the nation’s top public figures, business leaders, jurists and more. The human networks that surround them are powerful and multigenerational.
And while some might argue that the academic pace is tough at such colleges, it’s crucial to note that students are more likely to graduate from such academically demanding colleges, because of the stronger supports they offer. This has absolutely been the case for our KIPP alumni, and research has been clear on this for years.
Yet today, patterns of whether, and where, students apply to college are reflective not so much of students’ talent, promise and academic record as of their wealth.
In a crucial 2013 study, Caroline Hoxby of Stanford and Christopher Avery of Harvard reported that “the vast majority of low-income high achievers do not apply to any selective college. This is despite the fact that selective institutions typically cost them less, owing to generous financial aid, than the two-year and nonselective four-year institutions to which they actually apply. Moreover, low-income high achievers have no reason to believe they will fail at selective institutions since those who do apply are admitted and graduate at high rates.”
And indeed, low-income high school seniors with good test scores are actually less likely to enroll in a four-year college than are high-income seniors with only average test scores, according to a 2010 Century Foundation report.
Dramatic, well-publicized action by a sizeable group of selective colleges would do more than create thousands of seats for talented individual students. It would send a message that would be heard in inner cities and working-class and rural communities throughout the nation, inspiring students with a new sense of possibility.
Such a plan wouldn’t exist in a vacuum; it would need to be combined with strong supports for high-need students. The plan could start by exposing more students to college experiences during their middle and high school summers. Imagine, for example, if 4,000 of our nation’s most academically advanced low-income middle school students were invited to spend the summers of their 8th, 9th and 10th-grade years on an elite college campus, preparing for college. KIPP would commit to help build such an effort. Likewise, we are committed to continuing to work to improve the quality of pre-K-12 learning students receive, to prepare them as well as we possibly can for college.
Now is the time for a bold new effort to expand opportunity, and I am convinced college presidents have never been more eager to play a leadership role in reversing a trend of income polarization and social stratification that is dividing our society. Not because it will improve their standing on traditional rankings, but because it’s the right thing to do. And because it will send a message of hope that will echo throughout the country.
In the next generation, opportunity will be the new exclusiveness. Who will step up to lead?

Richard Barth has been CEO of the KIPP Foundation since December, 2005. Over the past 10 years, he has overseen the significant growth of the KIPP network of public charter schools from 45 to 183 schools. 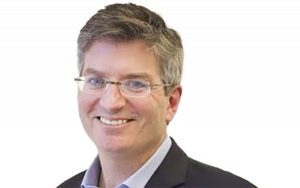