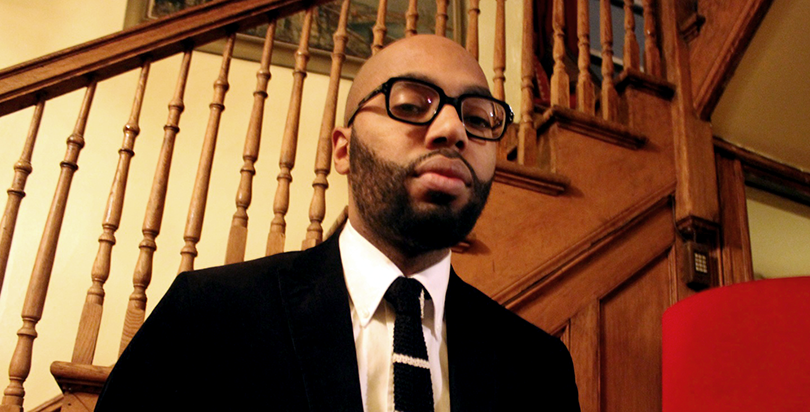 Christopher Emdin says the days of teaching urban kids the “old way” are long gone. Emdin, an associate professor at Columbia University Teacher’s College and author of The New York Times bestselling book For White Folks Who Teach in the Hood…and the Rest of Y’all Too, is challenging teachers nationwide to take a hard look at their practices and methods.

In his book, Emdin espouses what he calls a “reality pedagogy,”  which focuses on gaining a cultural understanding of urban students within their social spaces and then applying it to academics. For teachers, this could mean anything from visiting a Baptist church on a Sunday to see how a preacher engages the crowd to hanging out at a local barber shop to observe the quick-flowing banter.

Emdin, who is a Brooklyn native and graduate of public schools, says his own life experiences as an urban student inspired him to teach teachers how to approach their jobs differently. His observations carry particular weight at a time when the nation has been forced to re-examine its racial divide and what underlies it.

“I was there,” he said.  “I was so devalued, so beaten down — not by people who wanted to beat me down. People who were well intentioned, who thought the kids in the school were smart; they committed violence on us.”

Emdin spoke with The 74 about why many traditional teaching methods fall short, what the ideal classroom looks like and how backlash from his book’s title didn’t stop him from telling his truth.

The 74: What is the beauty of urban schools and their students?

Emdin: Part of my mission is to help folks to understand the gifts that the students have.  So educators talk about having a non-deficit lens. It’s not even about non-deficit — it’s more about seeing the strength. Non-deficit says, ‘OK, well you know, not bad.’ But I want to say they’re inherently good.  They’re inherently brilliant and articulate.

You’ve talked about classrooms that can feel like prisons.  What do you think those classrooms are getting wrong?

Everything. They get wrong how kids are welcomed into the school everyday whether it’s a metal detector or a school safety officer or it’s an actual police officer. We get wrong how the hallways look. The hallway is a space where they don’t see themselves. It’s artistically and visually dead and sterile. We get wrong bars on windows. We get wrong the kind of furniture that we use, where it’s uncomfortable and it sort of like it pushes you towards being hyper-structured when your spirit is free.

And then we get wrong teaching— the idea of every single second of your classroom instruction should be following some model that you got from some dude who got it from this other dude and none of it actually makes sense. The teacher has no logic behind what they’re doing, but all they know is they have to follow some strict model — a strict model kills the spirit of people who were born to be free.

So when it comes to teaching, there are some pretty common issues teachers encounter that are often viewed or treated the same way.  For example, is it a problem if a student talks out of turn?

OK, another common scenario is a student who just won’t participate, maybe they have their head down, body language shows they don’t want to be a part of the conversation.  Does a teacher have to call that out?

What I’ve always found is that kids who are traditionally disengaged, we have to give them an assignment to teach. Teaching in a sense that they go home, write and design a lesson plan. They hand it in to the teacher, I give them feedback.  Then I have them go and teach that lesson to the class for about five minutes.  Then the next time for about seven minutes … then 15 minutes … Over time I’ve seen that sow confidence in presentation of information and make them feel comfortable on their expertise on the content.

When students start to engage back and forth with each other, how can you channel that to getting back to the lesson?

Match them. Match the kids where they are and then connect with the content.  So for example, one kid is like, ‘No it’s not!’ the other kid is like, ‘Yes, it is!’  As a teacher you can sit in the back and say ‘OK guys that’s enough!,’ become a shrinking violet and let that go, or get in the conversation and play both sides. Some teachers feel as though they don’t have the personality to be able to engage on a student’s level but for that five minute point, it’s part of your professional self to insert yourself into the dialogue for the sake of moving the conversation where you need it to go.

Always be a cultural anthropologist of your students, saying ‘This is how it’s playing out.  This is how they’re exchanging.’ Sometimes by even jumping right in they come down a notch … It’s really studying interactions. It’s studying voice inflections, body language and I really believe it’s an under-focused dimension of how you train teachers to teach effectively.

When you’re traveling and talking with teachers, what are the most common problems people ask for help with?

People say, ‘I like what you’re saying about reality pedagogy Dr. Emdin but at the end of the year, I have the standardized exam and I don’t know if I can do this.’ My answer to that is always, if the same approach to getting the kids to be ready for an exam at the end of the year has not been working, I think it’s about time we do something differently.

Another thing I get is, ‘Is this academically rigorous?’ Of course it is.  We’re not having these exchanges about an arbitrary topic. The conversations and the exchanges are different but they’re around the academic content. Don’t ever extract out the academic exchange from the cultural exchange.

When it comes to your book, you’ve seen great sales and good reviews.  Have you received any backlash from people who don’t understand your intentions?

Oh, of course. The title alone For White People Who Teach in the Hood and the Rest of Ya’ll Too. You see “white folks” and people say ‘He’s racist! He doesn’t like white people.’ I’ve gotten critiques from people who obviously opened up the book and read a few pages and didn’t look at larger context … But I was prepared for that when I wrote this book.  I didn’t write this book to be the most popular person in the world or because I felt I needed a platform. I wrote it because it was necessary.  I wrote it because 80 percent of urban teachers in the United States are white and it needed to be written.

I’ve gotten critiques for using the word “ya’ll” with people saying, ‘Is that even grammatically correct?’ which was also very deliberate.  It’s like you need to use colloquial language in order to make the point. You can use hood language to validate the point of those who don’t speak “appropriately.”  So there’s a backlash, it’s been expected. It’s very canned. It’s not really vocal and I’m open to critique. If I get vocal critique I really want to engage. When it’s stuff that’s really superficial and it’s because we want to maintain the status quo because it makes people feel uncomfortable … I’m not concerned about it at all.

There is a shortage of African-American educators in our public schools, particularly men (only 2 percent teach nationwide). What would you say to a young person of color who is thinking of becoming a teacher?

Your presence in the classroom is needed.  And for young men of color who want to go into education, I just want to remind them there was a time where the job you took to be respected in the community was to be an educator.  Somewhere along the line we got convinced us giving back in that way meant that we had less value …

At the same time I want to say, know that just because you’re black doesn’t mean you’re going to be an effective educator.  Our phenotype, what we look like, gives us a connection but once we complement that with being a revolutionary in the classroom, then we can change the world.

So what’s next for you? What type of impact do you want to make?

It’s not even all about students, it’s about teachers.  I see so many teachers who get burnt out, they want to quit every other week, and I know that teachers chose to teach for the right reasons. But when they feel a lack of success then they get burnt out.

I want teachers to be able to love their craft again.  When you love your craft, the kids love you and they love your class.